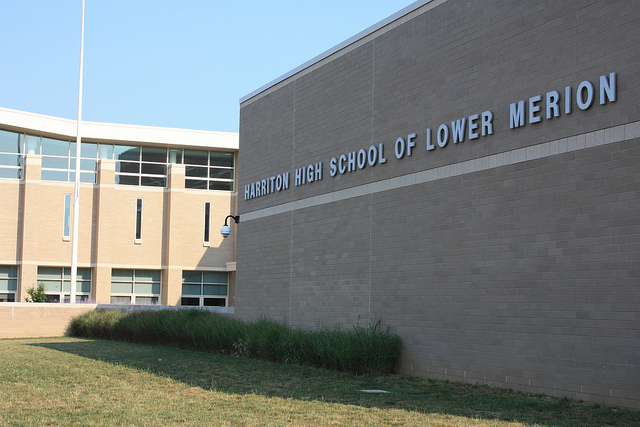 A Montgomery County Court of Common Pleas judge has ruled that Lower Merion School District, located outside of Philadelphia and one of the richest school districts in the state, has deceived taxpayers.

Common Pleas Judge Joseph A. Smyth ordered the district to rescind its 4.4 percent tax increase for the 2016-17 school year in place of a maximum increase of 2.4 percent.

The ruling did not determine how residents will get their money back from these improperly assessed taxes, which could be an estimated $1,400 rebate per household. Lower Merion appealed the decision on Wednesday.

Lower Merion requested to raise property taxes higher than the rate of inflation more than any other school district in the state, according to a PublicSource analysis. In requests to the Pennsylvania Department of Education, the district said it needed more than $42 million over the past decade to pay for pensions and special education costs, among other things.

PublicSource has been covering why many school districts have chosen property taxes to keep up with rising pension costs. Some area school districts are paying millions more into the school pension system than they were just a few years ago.

…[T]he Court has stated that the District has intentionally overestimated budgets and created surpluses to achieve this reserve. The premise that school districts' unspent funds are the result of intentional overestimation is flawed; these funds instead reflect efforts taken by the District to manage its finances in a responsible manner.

Lower Merion is allowed to keep a maximum 8 percent of its yearly expenditures in unassigned reserves, which can be used for any purpose.

Its 2016-17 budget of $259 million means that the district should have, at most, $20.7 million in unassigned reserves. Instead, it took yearly profits and shifted them to other accounts, outside of the unassigned reserve, that were never used. For instance, there was $15.3 million in a retirement fund that was never touched to pay for pensions, according to Philly.com. In total, the district had nearly $56 million in reserves, as of June.

The ruling in this class-action lawsuit brought by Gladwyne attorney Arthur Wolk calls into question whether any of the district's requests or any of the tax increases were needed.

From a letter by Wolk:

There was no need for a tax increase this year or any year in the last ten according to audited statements. We have the highest paid teachers, highest paid administrators, and too many of them, and the most expensive school buildings and the highest per student cost of any place in the nation. Our school performance is on par with districts that spend half of what LMSD spends which means that the administrators have failed in their jobs and the people supposed to provide oversight, the Directors, have done nothing.

The ruling could open the way for more lawsuits against school districts that have lots of money in reserve accounts.

For instance, West Jefferson Hills School District, south of Pittsburgh, has more than $30 million in reserves while its yearly budget is just more than $47 million. It has one of the highest ratios of reserves to expenses in the state and much higher than Lower Merion’s, according to data compiled by conservative think tank Commonwealth Foundation.

South Fayette Township School District, west of Mt. Lebanon, has raised taxes every year for the past decade, like Lower Merion, and also has a substantial amount of money in reserve.

It has about $18 million in total reserves compared to its budgeted expenses of nearly $53 million, which again, is a higher ratio than Lower Merion had.

PublicSource wrote about South Fayette last week, in part, because their property taxes have gone up 45 percent in the past decade. That’s very similar to Lower Merion, where taxes increased 53 percent over the same period.