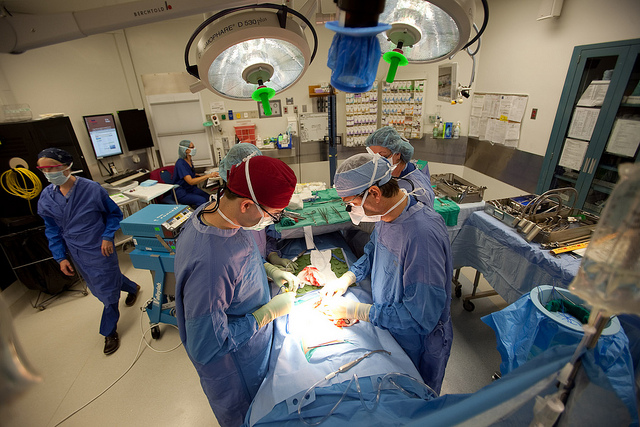 The Johns Hopkins Hospital will become the first institution in the nation to perform organ transplants from HIV-positive donors to HIV-positive recipients, the university announced Monday in a statement.

"This is an unbelievably exciting day for our hospital and our team, but more importantly for patients living with HIV and end-stage organ disease," Dorry Segev, associate professor of surgery at the Johns Hopkins School of Medicine, said in the news release.

The official approval for the transplants came from the United Network for Organ Sharing, which along with the U.S. Department of Health and Human Services, is responsible for safety practices and protocols on behalf of recipients. The National Institutes of Health has also developed safeguards and precautions for the transplants.

Prior to the HIV Organ Positive Equality Act (HOPE Act) in 2013, HIV-positive individuals were unable to donate any organs.

In 2014, there were about 121,000 people on the organ waiting list, according to the U.S. Department of Health and Human Services.

Segev, who helped draft the bill three years ago, estimates there are about 500 to 600 HIV-positive donors nationally who can provide organs to upwards of 1,000 people.

The University of Pennsylvania identified about 400 potential HIV-positive donors in a study conducted last May.

"Some of the patients waiting for organs are infected with HIV but never make it to transplant because they either die while waiting or become too sick to be transplanted,” Emily Blumberg, a professor at the Perelman Center for Advanced Medicine at the University of Pennsylvania, said in the study.

"Organ transplantation is actually even more important for patients with HIV, since they die on the waiting list even faster than their HIV-negative counterparts," Segev said.

In South Africa, kidney transplants between people who are HIV positive have been legal for the past several years.

Transplants at Johns Hopkins are set to take place once a suitable donor and receiver are found and prepped.

"For these individuals, this means a new chance at life,” Segev said.