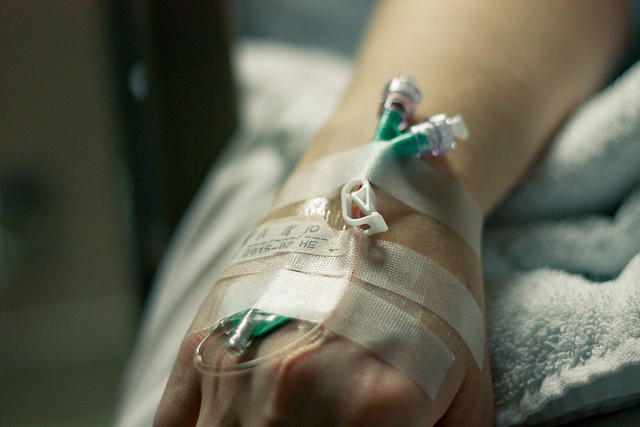 A total of 2.1 million fewer hospital-acquired complications occurred in hospital patients from 2011 through 2014, but the decline has leveled off and those rates are now steady.

A federal report released Tuesday by the Agency for Healthcare Research and Quality (AHRQ) stated that the rate of hospital-acquired conditions — like infections, pneumonia or injuries due to falls — are no longer improving.

According to Kaiser Health News:

The frequency of hospital complications last year was 17 percent lower than in 2010 but the same as in 2013, indicating that some patient safety improvements made by hospitals and the government are sticking. But the lack of improvement raised concerns that it is becoming harder for hospitals to further reduce the chances that a patient may be harmed during a visit.

The 2010 federal health law provided a group of patient safety initiatives in order to lower the rates of medical infections and other hospital-acquired infections. One of those included Medicare penalties for poor-performing hospitals, Kaiser Health News reported.

Three UPMC hospitals in Pittsburgh were penalized one percent of total Medicare reimbursement in October. Presbyterian-Shadyside, Magee Women’s and Passavant were all affected by higher rates of infection.

Hospitals still struggle to improve the number of patient falls and pneumonia cases in patients breathing through mechanical ventilators, according to the report. Also, the rates of complications during childbirth were higher than what the administration estimated they should be in 2014.

But some conditions became more common.

According to Kaiser Health News:

Infections from methicillin-resistant Staphylococcus aureus bacteria, known as MRSA, increased by 55 percent to an estimated 17,000 incidents last year. The number of times a catheter punctured a femoral artery during an angiography increased by 25 percent to 74,000, the report estimated.