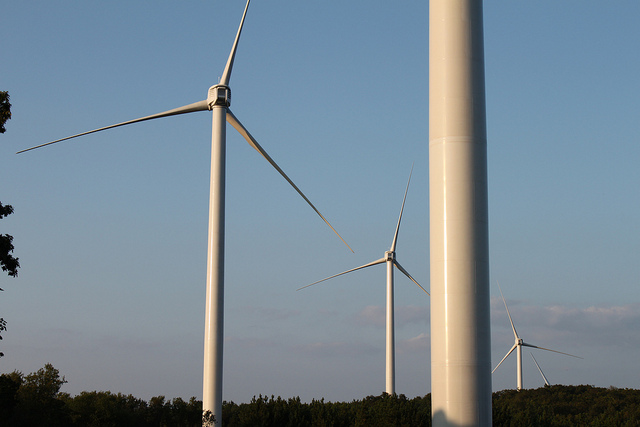 The summit will largely focus on clean energy and combatting climate change, primarily through a joint pledge to achieve 50 percent clean power generation across North America by 2025, according to a White House statement on Monday:

We will accomplish this goal through clean energy development and deployment, clean energy innovation and energy efficiency. Building from ongoing efforts by our respective energy ministers through the North American Energy Ministerial Memorandum Concerning Climate Change and Energy Collaboration, a range of initiatives will support this goal.

Currently, U.S. electricity generation mostly falls on coal and natural gas extraction, which each contribute 33 percent to total energy share, according to data from the U.S. Energy Information Administration [EIA].

At a state level, Pennsylvania embodies this reliance on nonrenewable energy.

As of 2013, Pennsylvania was the fourth most productive state in coal production. In 2014, the state ranked second in natural gas extraction, largely due to deposits from the Marcellus Shale.

While Pennsylvania is a key producer of non-renewable energy, the state has made strides in clean nuclear power — in 2014, it ranked second in the nation in electricity generation from nuclear power.

Pennsylvania's Alternative Energy Portfolio Standards require 18 percent of electricity sold by 2021 to come from approved renewable or alternative sources, including at least 0.5 percent solar photovoltaic power, according to the EIA. (See PublicSource’s story on solar energy in Pennsylvania.)

This state standard highlights that North American leaders are setting an aggressive goal — there is still a clear reliance on fossil fuels in both the United States and Canada.

Earlier this year, though, the Supreme Court blocked the Environmental Protection Agency from enforcing the plan.

At the summit, President Pena Nieto will also officially announce his decision to align with the United States and Canada in reducing methane emissions — the second-most prevalent greenhouse gas in the climate — by 40 to 45 percent by 2025.

Canada leads the race to reliance on clean energy, at 81 percent, mostly through hydroelectric power. The United States follows behind at 33 percent — primarily through usage of nuclear energy — and Mexico trails at 18 percent.