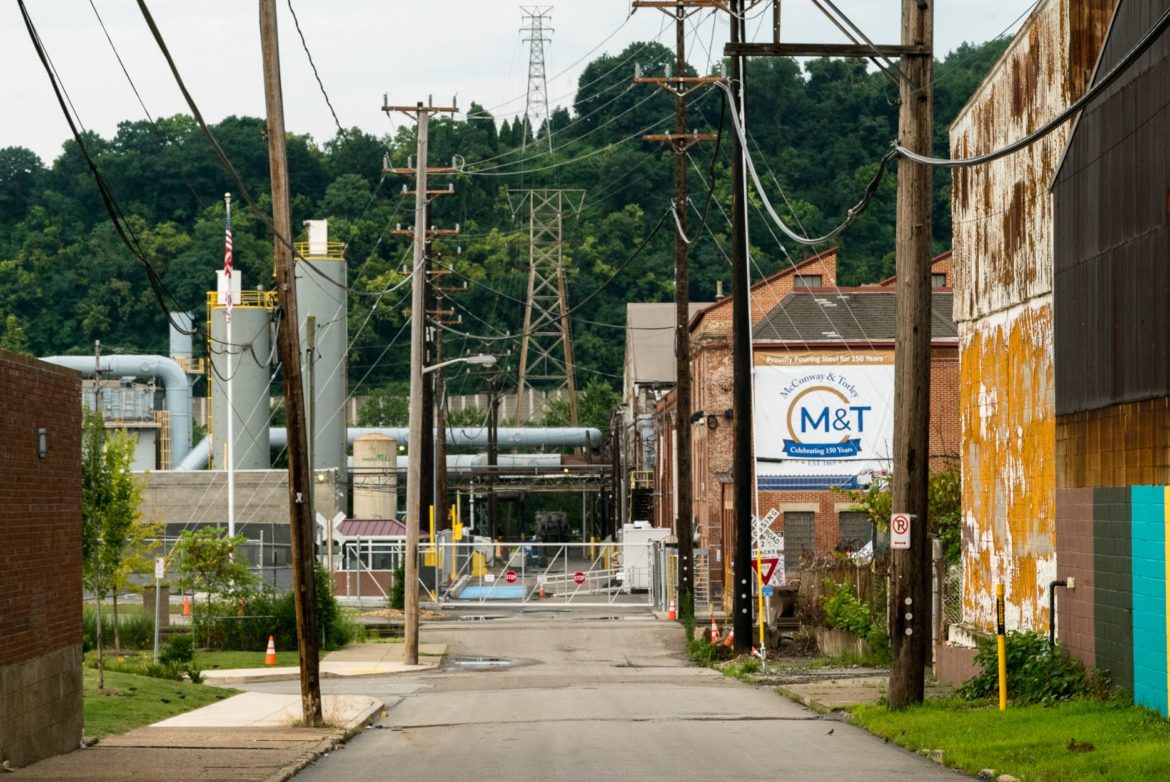 The McConway & Torley steel foundry touts itself as a neighborhood staple thanks to their worldwide success in automatic train coupler manufacturing. Emissions from the foundry include benzene, particulate matter, gaseous nitrogen oxides, carbon monoxide and sulfur dioxide, and metal toxics such as manganese, chromium, and lead. (PublicSource)

Jo Anne Buchanan and her husband, Thomas Crown, decided to move to Pittsburgh a little more than 11 years ago to be closer to her son and granddaughter.

Before visiting to see if the city was a good fit, she had an image of Pittsburgh as a place “you would never even drive through because it was so polluted.”

During the trip, she was surprised to find beautiful museums, parks and rivers.

But the honeymoon phase faded quickly. After buying their current home in Lawrenceville at the end of 2007, they realized that they were living downwind from the McConway & Torley steel foundry. Founded in 1868, the company touts itself as a neighborhood staple thanks to their worldwide success in automatic train coupler manufacturing. McConway & Torley did not respond to PublicSource’s email inquiries.

In their home two blocks from the foundry, Jo Anne noted an intense metal pollutant smell at night that made it difficult to sleep. Coinciding with these “gassing” events, the couple started to feel other symptoms they think are tied to the pollution, including the onset of Thomas’ adult asthma. Additionally, Jo Anne started struggling with bronchitis and asthma, which her doctor said was exacerbated by high particulate matter and ozone in the air.

Although air quality in Lawrenceville isn't breaking federal laws, some air quality advocates are concerned that the levels of some harmful pollutants, like manganese, have been increasing. The challenge in Lawrenceville mirrors the challenge Allegheny County has faced to rein in industrial polluters in the Mon Valley, where excessive pollution has caused the county to earn an F grade from the American Lung Association.

McConway & Torley, meanwhile, states in a 2017 press release that the foundry has an exemplary environmental record thanks to $23 million invested in “state of the art environmental and emission control equipment” in the past 10 years.

Some of Jo Anne and Thomas’ closest neighbors aren’t bothered at all.

Directly across the street are lifelong Pittsburghers Martha and Raymond Subasick. They, too, live two blocks from the foundry but Martha explained that they have “no qualms” about its emissions.

As Raymond, a retired machine operator at Lawrenceville’s former Heppenstall Steel Mill, put it, “We’re in our 80s, and we’re still breathing.”

The split over the foundry is part of a broader shift in Lawrenceville’s identity. Once a largely blue-collar area, Lawrenceville’s business strip is now lined with glossy boutiques and crowded restaurants. As millennials flock to Lawrenceville for these amenities, newcomers and oldtimers often have different views of the neighborhood — including concerns about its air.

For the Subasicks, the foundry doesn’t represent pollution. It’s a reminder of a past they remember fondly. With a muted Pirates game playing in the background this April, they were happy to reminisce on the camaraderie between mill workers and days when children ran about in the streets.

Now they see a transient population of “all people from out of state” that are difficult to get to know. As Martha put it, “Before you know it, they’re moving out.”

Though Jo Anne is herself a transplant, she misses the days when stepping outside into the garden could “take you an hour to get back into the house because even people you don’t know [would] walk by and … stop by to talk to you.”

But the foundry itself has united some neighborhood residents concerned about air quality.

In November, a group of concerned neighbors founded the Lawrenceville Clean Air Now [LCAN]. The group aims to spread awareness and pressure nearby polluters to clean up their act, including McConway & Torley and the Pressure Chemical Company.

Christine Brill, an active member of LCAN, moved to Pittsburgh in 1994 to pursue an architecture degree at Carnegie Mellon University. With the expectation that Pittsburgh was undertaking a rustbelt rebound, “never in [her] wildest dreams did [she] think that the air quality might get worse.” 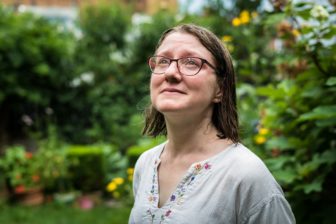 “A lot of us feel a sense of panic as parents,” said Christine Brill, who is an active member of Lawrenceville Clean Air Now. “We’re shortening our lives and we’re shortening our kids’ lives and their quality of life” by ignoring the problem of air pollution. (PublicSource)

Since settling in Lawrenceville post-graduation and starting the Studio for Spatial Practice design firm, Brill’s disappointment over the air quality continues to mount.

The fight over air quality in Pittsburgh isn’t new.

The Group Against Smog and Pollution [GASP] was founded in 1969. Recently, GASP has been heavily involved with securing an operating permit for McConway & Torley infrastructure from the Allegheny County Health Department.

The document is important because it lays out emission limits, a maximum ceiling for steel production and includes a summary of equipment on site.

After more than 23 years since the initial appeal, the final operating permit was released in October 2018.

Rachel Filippini, the executive director of GASP, said the permit is “certainly better than what they had before which is nothing,” but GASP still has concerns. One of those concerns, made explicit in GASP's November 2018 letter to the health department, is the uncertain future of monitoring manganese, chromium and lead emissions. These metal toxics have been measured since 2011 a part of the health department's Lawrenceville Toxic Metal Study. The study is not mentioned in the finalized permit.

In the case of manganese, which is associated with dangerous neurological and cardiovascular health effects, according to PennEnvironment's Toxic Ten Report, GASP found pollution in the first quarter of 2019 to be at the highest level since the third quarter of 2015.

In addition to the continuation of monitoring, Filippini argues data needs to be examined frequently and that it is “just not enough to record data and throw it up on a website” to adequately understand emissions increases. 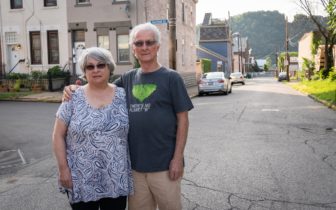 Also in the notice of appeal, the company states that its investment in emission control equipment keeps pollution down and sees the stricter regulations as an unnecessary act of jeopardizing the foundry’s presence and the livelihood of more than 300 full-time employees.

As one of the neighborhood’s longtime job sources, the foundry is a link between Lawrenceville’s heyday of industry with its changing identity.

But with concerns over emissions in a less industrialized Lawrenceville, the question is how the foundry fits into the neighborhood's future. In Jo Anne’s view, that depends on how the company addresses its impact on the air.

“We don’t mind if they’re here if they modernize,” she said. “But they haven’t modernized enough.”

Maria Heines is a 2019 graduate from the University of Pittsburgh interested in the intersection between the environment and people. She can be reached at maria.heines17@gmail.com.