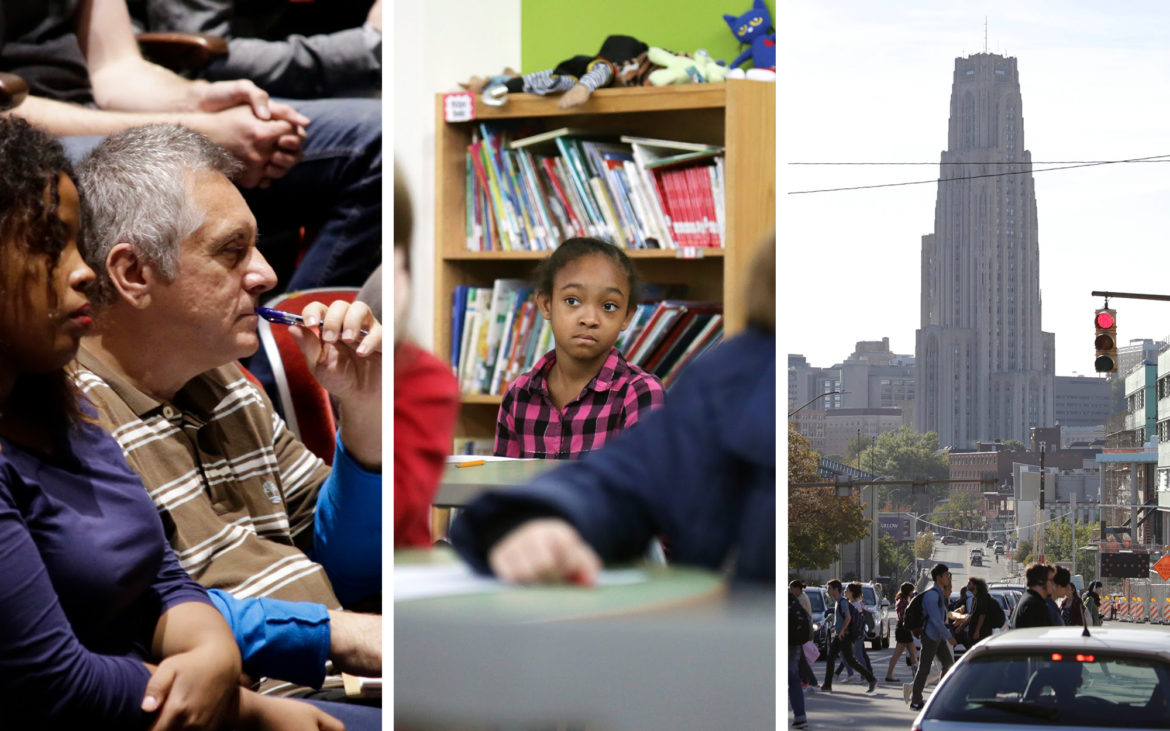 Pittsburgh is accustomed to leading the way. Originally a vital trading post on the colonial frontier, our fires of industry created the arsenal of democracy — leading the way to victory in two world wars, only to be transformed again as “Robo-burgh,” the place where dreams of the future meet reality. Our strength comes from that shared sense of purpose: What we produce makes the world a better place.

Our cooperative successes are only possible because of the heart of our people. Pittsburghers, born of disparate cultures from as many nations, languages and traditions, unite to bleed black and yellow. Pittsburghers deserve journalism as authentic and innovative as the city we call home. In a time when the very notion of truth is under assault, the city of the future requires an informed electorate to celebrate, honor and mobilize for press freedom and good journalism. PublicSource’s nonpartisan commitment to public-service journalism places us in a unique position to assume this mantle. Our mission and how we can serve you is further secured by a rigorous fact-checking practice and our adherence to editorial independence. We want you to know how we work and what we value because, as local journalists focused on Pittsburgh, the trust of our audience is everything. It is essential to creating a professionally sound and financially sustainable news organization. There is not a more clear cut expression of that trust than a community member giving money to support our cause, to tell the stories that make a better Pittsburgh.

And know that your support is fueling an enterprise that is, by all metrics, having an outsized impact.

In 2017, our eight-person editorial team, with help from freelancers, has published more than 180 stories. We also brought thousands of your neighbors into the conversation at our events, with attendance ranging from a dozen to more than 600 at a time. While we received ample recognition from our journalistic peers (winning five first-place and two second-place awards in regional and state competitions, and being named one of five finalists in an international contest recognizing overall excellence in online journalism), the real impact can’t be measured by accolades, but by making changes Pittsburghers and the readers of our region want to see in the communities we love:

Add to this the power of transparency in exposing city and county salaries and conducting Facebook Live interviews with mayoral candidates and representatives in the education, health and environment sectors. We also pursued in-depth projects on issues that haven’t been covered substantively in our region, namely the “I am a black girl and…” series, “Small Town, Pennsylvania” and “Charter Effect.” From all of our accomplishments and their outcomes, you get a sense of the momentum we have built this past year— and it is momentum that our readers’ support keeps alive.

Thank you for being a part of this movement. Together, we will ensure that the story of what Pittsburgh becomes never flinches from including the voices of people who typically aren't being listened to, but instead truly embraces the ALL in the motto, “If it’s not for all, it’s not for us.”