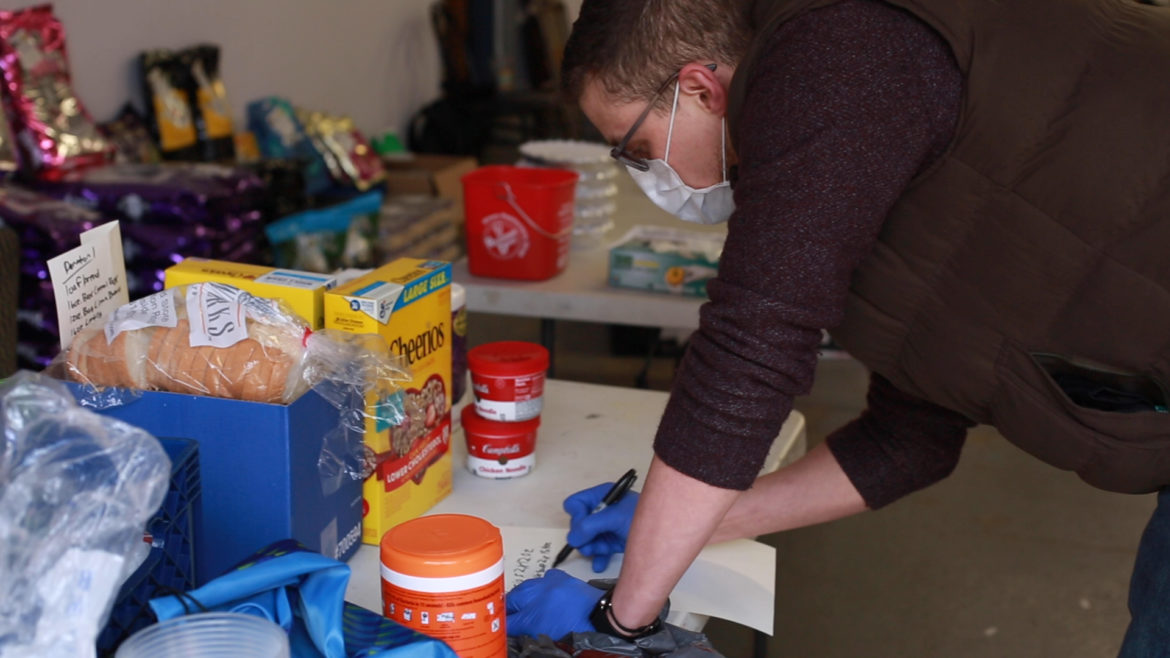 Shortly after the state issued lockdowns, the Pittsburgh-area law firm Chaffin Luhana approached the owner of Oakmont Bakery about making 10,000 sandwiches for the many residents who had lost work. Marc Serrao, the owner, was skeptical that his restaurant could do it but Serrao’s son insisted they try.

With additional donations and the help of some nearby restaurants, they pulled it off. “A lot of the people we consider our competitors all came together,” Serrao said. “I loved that.”

They planned to distribute sandwiches throughout the day on March 23, but the food was all gone by 11 a.m.

This was an early example of how restaurants tried to aid in food distribution to those who need it instead of just shuttering or closing to all but take-out and delivery.

Rocco’s Pizzeria near Greensburg began serving free lunches to students and, over four weeks, gave away more than 1,000 lunches. Customers donated to help cover some of the costs, and kids drew pictures to thank them. But, after four weeks, the owner, Rocco Pifferetti, decided they needed the business to focus on its take-out and delivery because the lunches were taking up so much energy and he didn’t want customers to expect it forever.

While some early restaurant programs have shut down, others have expanded. On March 20, the Warren Bar and Burrow began giving away free dinners to 100 restaurant workers per night and that has since expanded to around 150. The laid-off workers come in one or two at a time, many taking up the offer of a free shot of liquor, and grab their food to go. One worker rides the T in every night, on crutches, to pick up a meal for him and his wife.

Because restaurants are serving fewer customers, farms across the country have been dumping fresh food that they used to sell to them. One nonprofit, Operation BBQ Relief, won a state contract to take some of that excess food and cook 60,000 meals per week at a Pittsburgh DoubleTree hotel and freeze them for the Salvation Army to hand out. 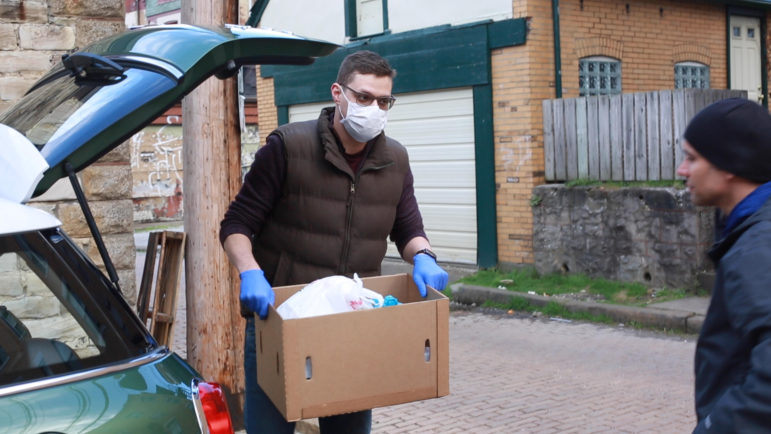 Another group of restaurant workers distributed food to laid-off restaurant workers from the Bloomfield porch of Kacy McGill, who was laid off by The Abbey. The Irma Freeman Center for Imagination, a local art gallery in the neighborhood, recently donated space to expand the operation. They have delivered more than 160 care packages and collected $26,000 that they’ve given out as $150 grants to laid off restaurant workers.

The mass layoffs come at a time when most tip workers would expect to make more money as the weather improves, McGill said. While unemployment compensation and stimulus checks have helped ease the pressure for some, she and others are still waiting for that money to come through. 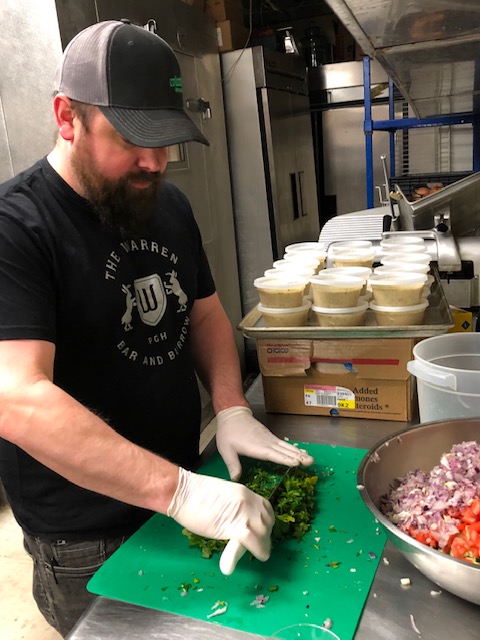 And everyone is uncertain about what the future will look like, especially for waiters if restaurants serve fewer tables or continue to serve only take-out.

“It might completely change the restaurant industry,” she said.

The group she is part of, Pittsburgh Restaurant Workers Aid, has now filed for nonprofit status because it anticipates a future of continued need, she said. The group may need to rent its own space, increase donations and even seek foundation support for a full-time staff member.

But she doesn’t want their work to exist in a silo and the group is trying to coordinate with other food agencies, such as the United Way of Southwestern Pennsylvania.

“We don’t want to build a network where we’re just working in our own vein,” she said. “We want to make sure the veins are all connected.”