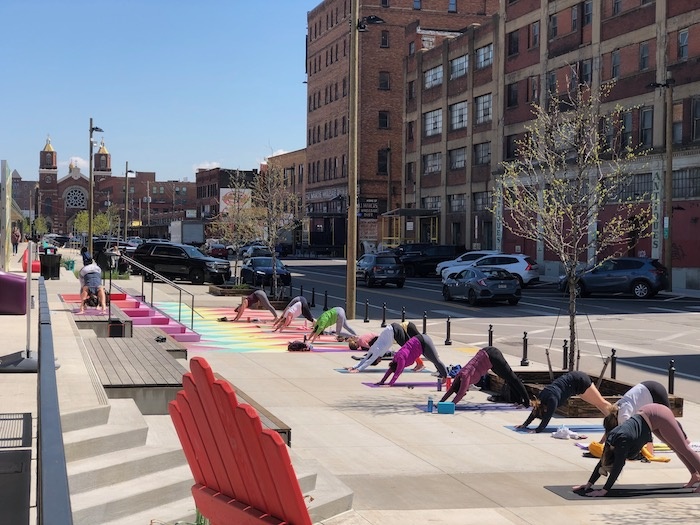 The Strip District has had many identities over the years. There were the early industrial days, the wholesale produce days, even an era when the neighborhood dominated Pittsburgh nightlife (Rosebud, Metropol, etc.).

And now? The Strip has become the hub of Pittsburgh’s “Robotics Row,” and one of the region’s hottest new residential neighborhoods, going from a few hundred residents to thousands.

In fact, it would be hard to punt a football anywhere in the Strip District without it landing on something that’s either under construction or just completed.

According to the first State of the Strip District 2021 report from Strip District Neighbors, more than $1.5 billion has been invested in the neighborhood in the last 10 years. From 2011 through May 2021, there have been $624,400,000 in projects completed, $790,100,000 in active projects underway and $98 million more in projects that have been announced.

Much of that housing has replaced giant empty parking lots and rundown, empty factories and warehouses. 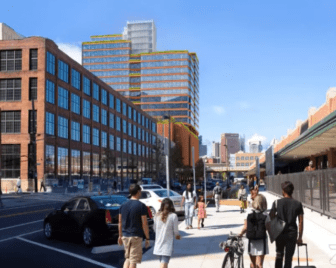 Rendering of 1501 Penn, on the site of the former Wholey Building. (Rendering courtesy of Brandon Haw Architecture and the Pittsburgh Planning Commission)

The 14-page report describes a neighborhood in transition that’s now home to nearly 2,000 residents, 8,870 workers and 2.4 million square feet of office space, with $1.5 million more in the works. Companies such as self-driving giant Argo AI have moved into a huge, restored red brick warehouse, and Facebook has taken an entire building built from scratch.

“The Strip District once housed the likes of Westinghouse and Carnegie, producing metals and bricks,” says Austin. “Now the new economy has brought us the likes of Argo AI, Aurora Innovation, Smith and Nephew, Facebook, etc. GNC is moving their headquarters to the neighborhood (from Downtown), and with all of the tech flex/office square footage coming online from Factory 26, 75 Hopper Place, the Vision on Fifteenth … there are bound to be (more) new, exciting companies moving in.”

A 23-story office tower is slated for the long-vacant and massive Wholey Building, and demolition has already begun on the interior.

The report found that 91% of the restaurants and retailers are locally owned, so mass displacement by national chains hasn’t happened — yet.

“Time doesn’t stand still, everything changes, but the historic district of the Strip District (16th to 21st, Smallman to Penn) is generally the same,” says Austin. “The majority of new development has occurred outside of the core commercial zone which people most identify as the ‘Strip.’”

Instead, it’s continued to attract local retailers ready to expand. The newest is Homestead-based Pip & Lola’s Everything Homemade — maker of eco-friendly soaps, candles and clothes — which just signed a lease to move into the Terminal this fall.

“While we lost seven businesses during the pandemic, the majority weathered the storm,” says Austin. “The most visible change is the addition of outdoor dining at places like Kelly O’s, Pamela’s, Kaya, etc., which reconfigured streets. The pandemic created a situation where businesses had to evolve to serve their customers in new ways. More places added online ordering, delivery and curbside pickup services.”

Getting around in the Strip is still a challenge since it is a key conduit to and from Downtown and the booming neighborhood of Lawrenceville.

“With the influx of more workers and residents comes the need for added mobility infrastructure,” says Austin. “Strip District Neighbors is constantly working with private landowners and public agencies to try and resolve issues that arise with the added people on the roads and sidewalks. And while five million people pass through the Strip District on public transportation, not enough can hop on or off in the neighborhood. Added connectivity is needed!”

The new residents to the Strip aren’t just engineers with Apple and Facebook.

“We are seeing more families move into the neighborhood, and have a very large pet population, so there is a need for more open space,” says Austin. “We need nodes off of the river to connect the green space to the rest of the neighborhood.” 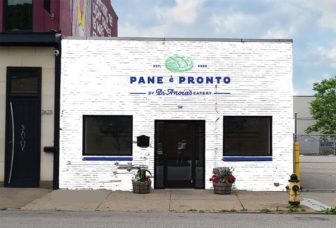 Eleven new businesses were added in 2020-21, even as seven closed.

While some beloved staples like the Peruvian place Chicken Latino moved to Beechview and the Smallman Galley restaurant incubator left for East Liberty, a number of new restaurants moved in. They include Pane è Pronto, a daytime bakery and pasta takeout spot from the owners of Strip mainstays DiAnoia’s Eatery and Pizzeria Davide. Coop De Ville, a spot for Southern fried chicken and games (ping pong, duckpin bowling), also opened, and Pennsylvania Libations Wine Shop expanded to the gigantic 1700 Penn, which includes a Helltown Brewing taproom and lots of outdoor seating.

However, replacing the (pre-pandemic) loss of the Pittsburgh Public Market doesn’t seem to be on the agenda anymore.

“Some people might argue that Penn Avenue is one giant public market,” says Austin. “With all our food purveyors and sidewalk vendors, it really does have that feel to it. Public markets around the world are generally subsidized with taxpayer funding so this would really need to involve the public sector,” she adds, nothing that “there are small private versions in the form of places like the (Strip District’s) Pennsylvania Market.”

Michael Machosky is a writer and journalist with 18 years of experience writing about everything from development news, food and film to art, travel, books and music. He lives in Greenfield with his wife, Shaunna, and 8-year old son.