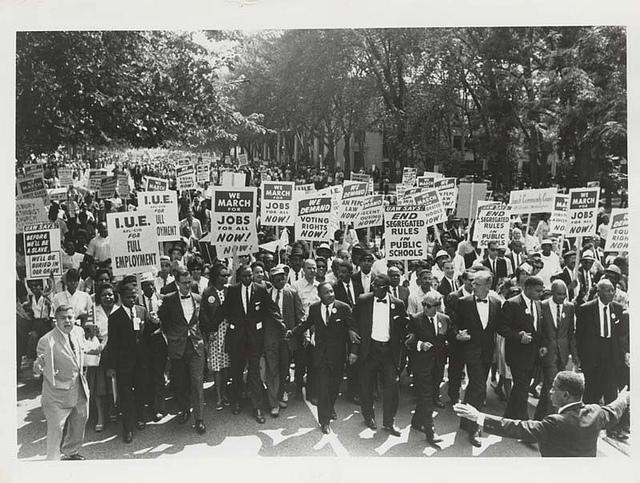 Last year on Martin Luther King Jr. Day, several hundred protesters gathered in Oakland to commemorate the figurehead of the Civil Rights Movement and point out the work that still needed to be done, particularly within the justice system.

Three hundred and sixty five days later, Pittsburgh is celebrating with breakfast discussions and philanthropy events, but that doesn’t mean the urgency to improve race relations has disappeared. This year has seen several milestones in diversity and inclusion efforts, some moving forward and some pushing back.

In May, Pitt introduced Pamela Connelly as the new vice chancellor for diversity and inclusion. According to a press release, Connelly’s position would focus on expanding and improving the “university’s commitment to diversity,” including discussions about affirmative action and Title IX, the federal law that prohibits gender discrimination in education programs that receive federal funding.

In the press release, Chancellor Patrick Gallagher said Connelly will be an integral part of fulfilling Pitt’s diversity goals.

According to the statement, Gallagher said:

A big part of diversity for me is fostering a culture of inclusiveness at the University, making Pitt a place that’s attractive to be, where you encounter a mix of new ideas, outlooks and people that reflects the global reality.

Although Pittsburgh has not experienced a controversial police shooting like those that have created firestorms in several other cities, a September shooting of a high school student sparked Black Women for Positive Change to host a Nonviolence Week.

According to a WESA report, the week began after two teenage boys and a man were charged in the “shooting death” of Curtis Pounds, a 15-year-old football player at Carrick High School.

The week included discussions with Pittsburgh Police Chief Cameron McLay about ways to improve the police system and analysis of “On Second Thought,” a campaign from Black Women for Positive Change encouraging people to think for a second longer before picking up a gun.

A similar event was held in Pittsburgh and other cities around the nation in 2014 after the shooting of Michael Brown, an unarmed black teenager, in Ferguson, Mo.

In November, racial slurs and racist attitudes on University of Missouri’s campus sparked student protests and the eventual resignation of the university’s president.

Around the country, students used social media to display their support for Mizzou. On Pitt’s campus, the Black Action Society hosted a photography event to start their social media campaign. With both individual and group photos, as well as signs declaring “#blackoncampus,” Pitt students posed and posted photos to show their solidarity.

High school and college students also gathered in Schenley Plaza in Oakland to protest on behalf of students at Mizzou. Penn State, Drexel University and University of Pennsylvania held similar rallies on their campuses.

Protests in support of Tamir Rice

On Dec. 28, an Ohio grand jury announced that two police officers involved in the shooting death of a 12-year-old black boy would not be indicted.

Officers Timothy Loehmann and Frank Garmback, who was training Loehmann, were involved in the death of Tamir Rice in Cleveland. The officers were responding to reports that the boy was seen with a gun. The weapon was revealed later on to be a BB gun.

The Rice family filed a lawsuit in December 2014. Nearly a year later, prosecutor Tim McGinty announced that the officers would not be charged, according to a CNN article that day.

“Given this perfect storm of human error, mistakes and communications by all involved that day, the evidence did not indicate criminal conduct by police.”

Since then protests and vigils have been held around the country, including one today in Cleveland.

So far, Pittsburgh has not seen any protests since the announcement, but local high school students rallied in October when McGinty released reviews from two investigations that found the officers acted reasonably in the shooting.

This year, Pittsburgh residents routinely took advantage of opportunities to show their support or criticism of events around the country, but few targeted events in the city.

According to a recent report from PittsburghTODAY, minority populations in Pittsburgh are hoping to see increased efforts for diversity in the region, while those in the majority are comfortable with current levels of diversity. The tension between comfort and advocacy will be something to watch in the coming year.