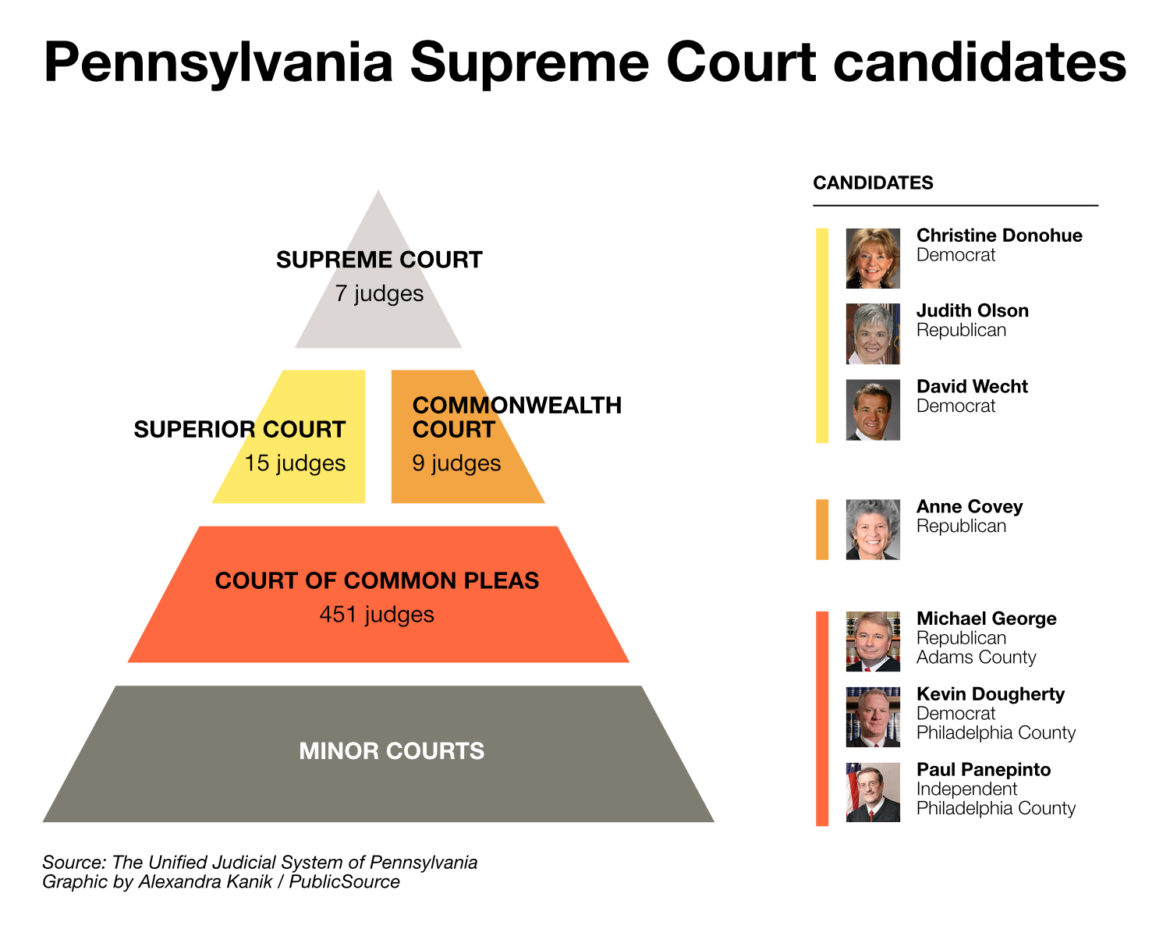 Four Pennsylvania environmental groups have decided to do something they’ve never done before … they’re endorsing candidates for the state Supreme Court.

The groups are hoping their members, which number in the hundreds of thousands, will help vote in who they see as pro-environmental candidates. Judicial elections have notoriously low voter turnout.

"The Pennsylvania Supreme Court has played an increasing role in environmental protection and voting rights," Steve Hvozdovich of Clean Water Action said in a statement. "We are making endorsements in a statewide judicial election for the first time because the future of the Supreme Court will be determined by this single election."

With elections less than three weeks away, on Nov. 3, the candidates will square off against three Republican candidates and an independent.

The election will determine the political makeup of the court for many years. The justices who will remain are two Democrats and two Republicans, and three new justices will be elected.

“The next court may steer Pennsylvania’s future on crucial issues like climate change, fracking pipelines, and public health,” said David Masur, of PennEnvironment, in a statement. “As the legislature accelerates its attacks on environmental protection, the Supreme Court must be a bulwark of good government, ethics, and prudence.”

The court is expected to hear cases connected to its December 2013 Robinson Township ruling in which it struck down parts of Act 13, the state’s wide-ranging law on gas drilling, on the grounds that they violated the constitution’s Environmental Rights Amendment, under which government has a responsibility to maintain environmental quality for its citizens.

“The Robinson Township decision showed the impact that this court can have on environmental protection,” said Josh McNeil, Executive Director of Conservation Voters of Pennsylvania, [during a call with reporters.]

Masur, of PennEnvironment, predicts that the future court will also likely hear legal challenges to Pennsylvania’s plan to implement the federal Clean Power Plan, which requires states to make steep cuts to carbon dioxide emissions. The plan is due to the U.S. Environmental Protection Agency in 2016.

To learn more about the PA Supreme Court, follow our coverage of the race each Tuesday and Thursday leading up to the Nov. 3 election.