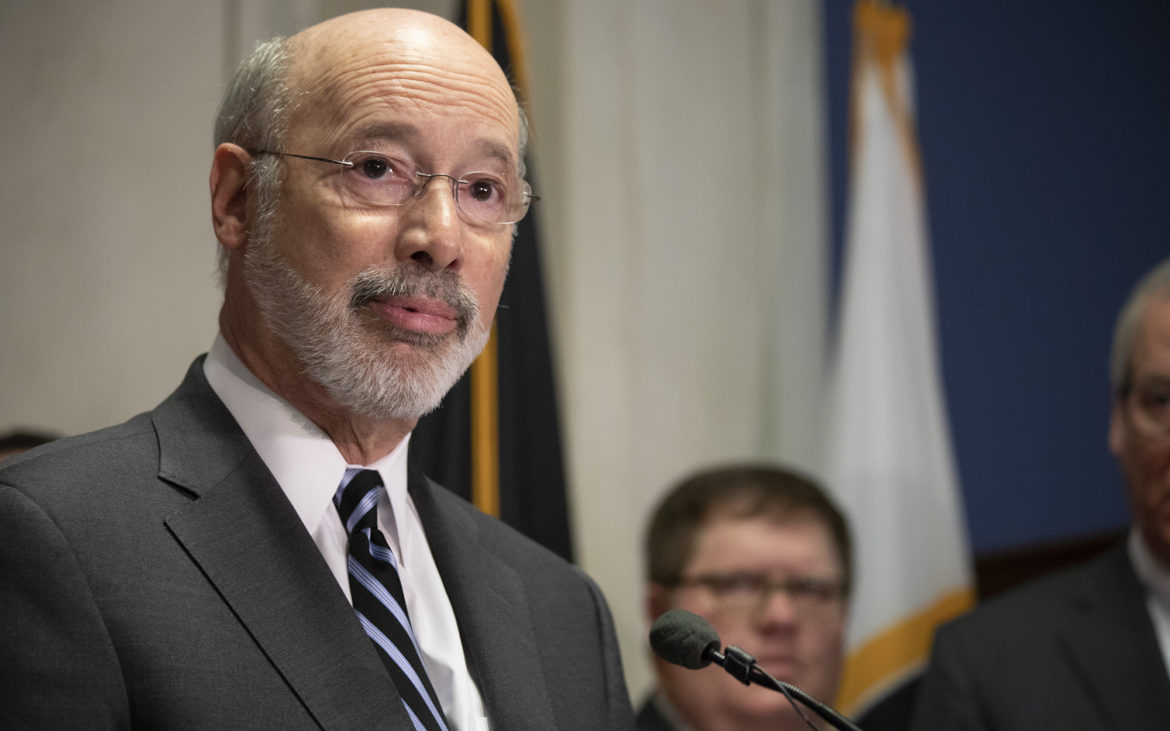 With COVID hospitalizations and cases rising as more students return to school buildings, masks will now be required indoors regardless of vaccination status at all Pennsylvania PreK-12 school buildings, early learning programs and child care centers. The new order by the Pennsylvania secretary of health will take effect at 12:01 a.m. Sept. 7.

The decision is a change of course from early August when Gov. Tom Wolf said he wouldn’t require masks in schools. In recent weeks, tensions have boiled over between parents and school district leaders regarding masking and parent choice, both locally and nationwide.

The order signed by Acting Health Secretary Alison Beam will require masks to be worn by everyone 2 and older who enters early learning programs, child care providers, K-12 public, private and parochial schools, intermediate units and career and technical centers. Beam issued the order under authority given by the Disease Prevention and Control Law.

“This is necessary for our future as a commonwealth,” Wolf said at a Tuesday conference.

Universal indoor masking will reduce the risk of COVID and the potential need to quarantine a classroom or a school, to minimize learning disruptions, state leaders said. Leaders said COVID cases among school-aged children statewide increased by more than 11,000 in the last month.

Hospitalizations & deaths from COVID are both up. "What is most concerning to me ... is that the number of cases for Pennsylvania kids ... rose by 277% between mid-July and August 28th," says Acting Secretary of Health Alison Beam. pic.twitter.com/mVAvLX2DwC

The decision was mainly attributed to rising COVID cases and hospitalizations statewide, as well as rising concerns about the highly contagious delta variant, which accounts for more than 92% of current COVID cases in Pennsylvania. The state’s COVID caseload has increased from less than 300 a day to more than 3,000 a day since July.

Wolf said the administration will be constantly monitoring COVID conditions to consider dropping the mandate, and will revisit if the mask mandate continues to be needed no later than the first week in October.

Support and disdain for the decision were both present on Thursday afternoon as local officials, education organizations and advocates reacted to the mandate.

Dr. Debra Bogen, director of the Allegheny County Health Department, said in a Tuesday statement that she “wholeheartedly” supported Wolf’s decision. She said that for months the department urged local districts to require masking in schools. Twenty-six districts in the county already put full mask mandates in place.

The PA Budget and Policy Center said one of the reasons it supported the mandate was because the decision will supersede local disputes “that are threatening to disrupt the governance of our schools.”

“By courageously deciding to use the authority he has under existing state law, Governor Wolf not only ensures that the best science guides the decision wearing masks, but relieves the pressure on local school boards,” the statement said.

But some said Wolf’s decision takes away choice from parents.

The Commonwealth Foundation said in a statement that Wolf’s decision was a “blatant self-contradiction” and “was made today without support from the General Assembly and despite the decisions made by a majority of school boards to allow voluntary masking.”

Some questioned the timing of the decision by state leaders and why it came after some schools have already resumed in-person classes.

Wolf said the administration tried multiple avenues to make universal indoor masking a reality earlier, including sending guidance to districts and a letter to leaders of the General Assembly asking them to take the lead.

“I’m the one left holding the bag. I’m the one that has to make the decision,” Wolf said. “I think now is the time to do it, and we are.”