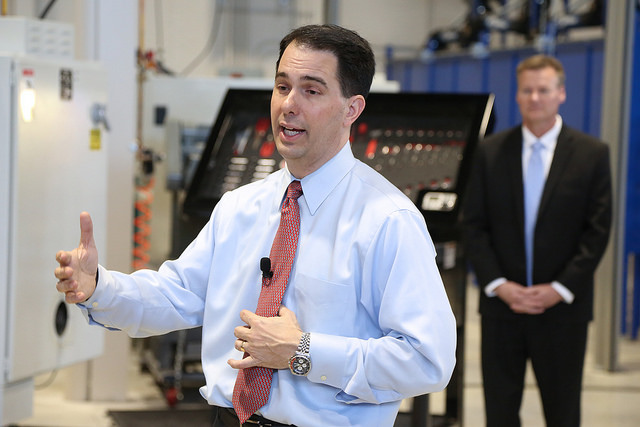 When Republicans in Congress couldn’t finish the job of repealing the Affordable Care Act, often referred to as Obamacare, the nation’s health care was positioned to become a major issue among Republican presidential contenders — and that it has.

Today, Wisconsin Gov. Scott Walker became the first of the more prominent candidates to release an extensive healthcare plan that would replace the existing law, according to a story by The Hill.

The biggest change would be dismantling the existing tax credits under ObamaCare and replacing them with a system that doles out federal dollars based on an individual’s age, instead of income.

Walker’s plan also includes two measures favored by the GOP: It would allow people to purchase health care across state lines, and allow associations of small businesses and farmers in order for them to negotiate.

His plan would allow states to determine which plan benefits to require. It would also give states federal grants to expand high-risk pools to ensure people with existing conditions don't lose coverage — keeping in place one of the most popular pieces of ObamaCare.

The states would be required to enact certain Medicaid programs, which Walker said would act as the safety net for many of the newer Obamacare consumers.

The Hill points out that Walker claims his plan won’t add to the deficit, but that he doesn’t offer details on how to reduce costs while enacting his reforms.

Sen. Marco Rubio (R-Fla.) also has a healthcare plan that he threw into the mix late Monday, largely a repeat from a six-month-old op-ed, according to another story from The Hill. Rubio’s plan includes insurance reforms, changes to Medicare, and, most prominently, a reliance on ‘refundable, advanceable tax credits,’ used to purchase health insurance.

“The value of these credits should increase every year, and we should set the tax preference for employer-sponsored insurance on a glide path to ensure that it will equal the level of the credits within a decade,” he wrote, using the same language as his previous op-ed in Fox News in March.

His plan is more extreme than the other two proposed this week because it would aim to “return tax and spending levels to where they would have been if the law had never passed, and build a free market alternative from scratch,” according to a story by the Washington Examiner.