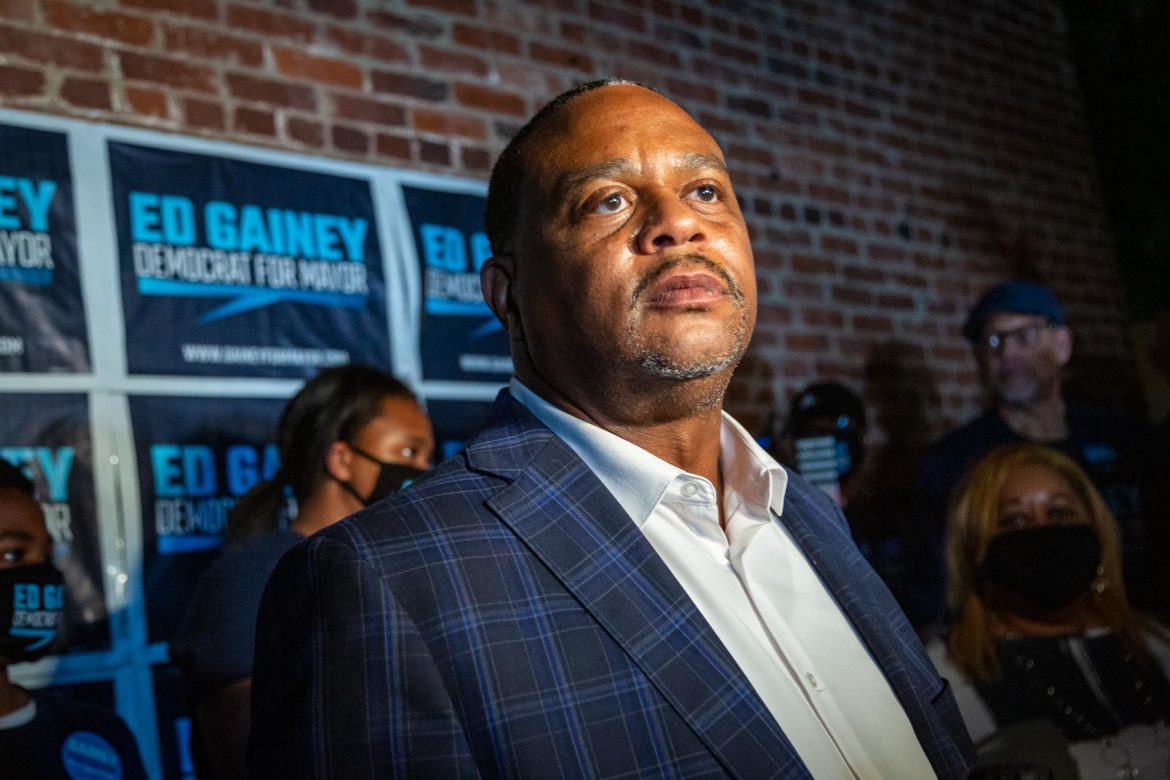 State Rep. Ed Gainey has ousted Mayor Bill Peduto in the Democratic primary and is on course to be the city's first Black mayor. (Photo by Nick Childers/PublicSource)

There were no candidates for the office on the Republican ballot, though an independent could oppose Gainey in November’s general election. Gainey is the first challenger to unseat an incumbent mayor since 1933.

“One person can’t change a city. A city is changed with all of us," Gainey said after his victory. "A city is changed when we all come together to improve the quality of life for everybody. That’s why I ran for mayor. Because I believe that we can build a city for all. And we will work hard — not just I as mayor, but we as community and we as a city— will work to build a better city called Pittsburgh for everybody.”

Gainey is the first challenger to unseat an incumbent mayor since 1933.

Republican voters cast 2,115 write-in votes for the office, and depending on who received those, a Republican (or independent) could theoretically run against Gainey in November. However, Democrats have held the mayor’s office since 1934. 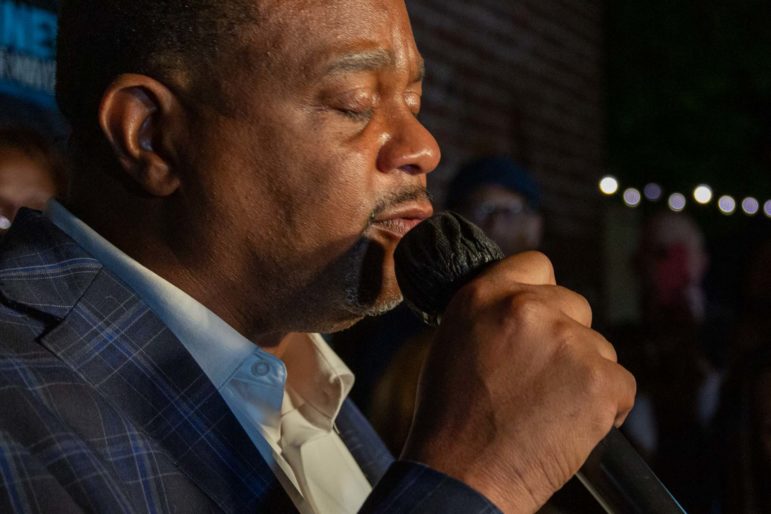 State Rep. Ed Gainey speaking at his victory party after the May 18 mayoral primary election. (Photo by Nick Childers/PublicSource)

At about 10:30 p.m. Tuesday , Peduto tweeted: "I just called [Gainey] and congratulated him on earning the Democratic endorsement for Mayor of the city of Pittsburgh. Wishing him well. Thank you Pittsburgh for the honor of being your Mayor these past 8 years. I will remain forever grateful."

Gainey had 44% of votes reported when Peduto conceded the race.

“I really wanted that chance to serve another four years with you, and maybe that was being a little bit selfish," Peduto said to about 60 people at his election night event.  "Maybe it is time to give somebody else a chance, and I can assure you that the city that I will be leaving to Rep. Gainey is a much better city than what we accepted in 2013.” 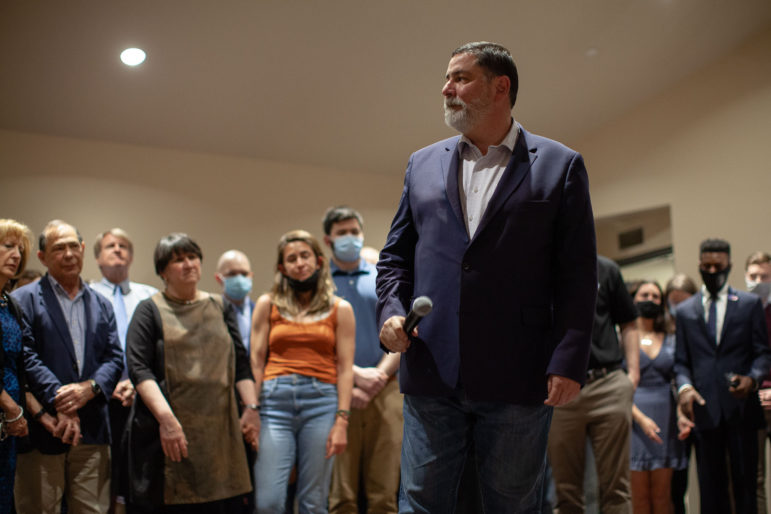 Gainey’s campaign to oust Peduto was shaped by major events that the mayor has had to deal with in recent months. He ran on police reform after Peduto faced criticism in 2020 for some of his remarks during racial justice protests. He pledged to prioritize affordable housing while Pittsburgh reckons with its inequities and activists decry reports that 7,000 Black residents left Pittsburgh between 2014 and 2018. And he vowed to make healthcare giant UPMC pay its “fair share” in taxes, criticizing Peduto for backing out of a related lawsuit in 2014.

“We see so many other cities coming together nowadays, doing the thing that’s right and making justice the foundation of how we build a city for all,” Gainey said after he cast his vote on Lemington Avenue Tuesday morning. “We can do that right here in the city of Pittsburgh. It is our time. It is our time. We’ve already set the foundation.”

Peduto incorporated racial equity into his campaign in recent months and announced $115 million in local investments by nonprofits including UPMC, but critics saw it as too little, too late. The voters may have seen it that way, too. 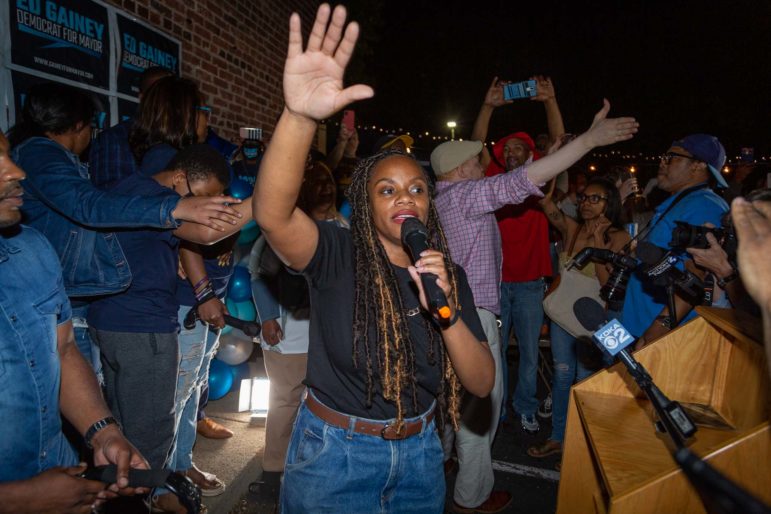 “The power of the people is always greater than the people in power," Lee said. "And today, even though we were outspent, we showed up and won.”

State Rep. Dan Miller, D-Mt. Lebanon, spoke highly of what he thinks Gainey will do for Pittsburgh. "It’s all about heart," he said. "Ed will wrap this city up in his heart and carry it for everyone.”

“We made history tonight,” she said, not just because Gainey will be the first Black mayor but because his win sets a foundation for progressive politics in the city. 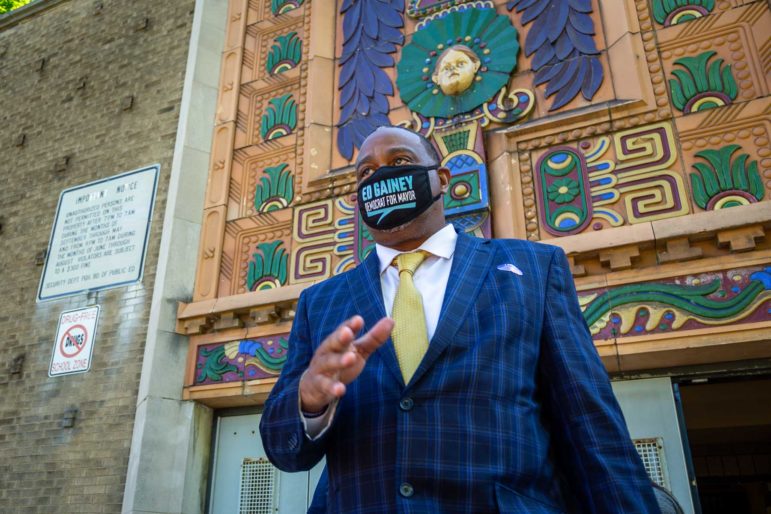 Gainey, from Lincoln-Lemington, has represented the 24th state House district since 2013. He previously worked for Pittsburgh Mayors Luke Ravenstahl and Tom Murphy.

Peduto was attempting to become just the fourth Pittsburgh mayor to win a third term. He is the first mayor to lose reelection since Republican John S. Herron lost in 1933, a defeat that permanently turned power over to the Democrats. Peduto is the only Democratic mayor to ever lose a reelection bid, though few have attempted to win a third term.

This story has been updated to include additional comment.