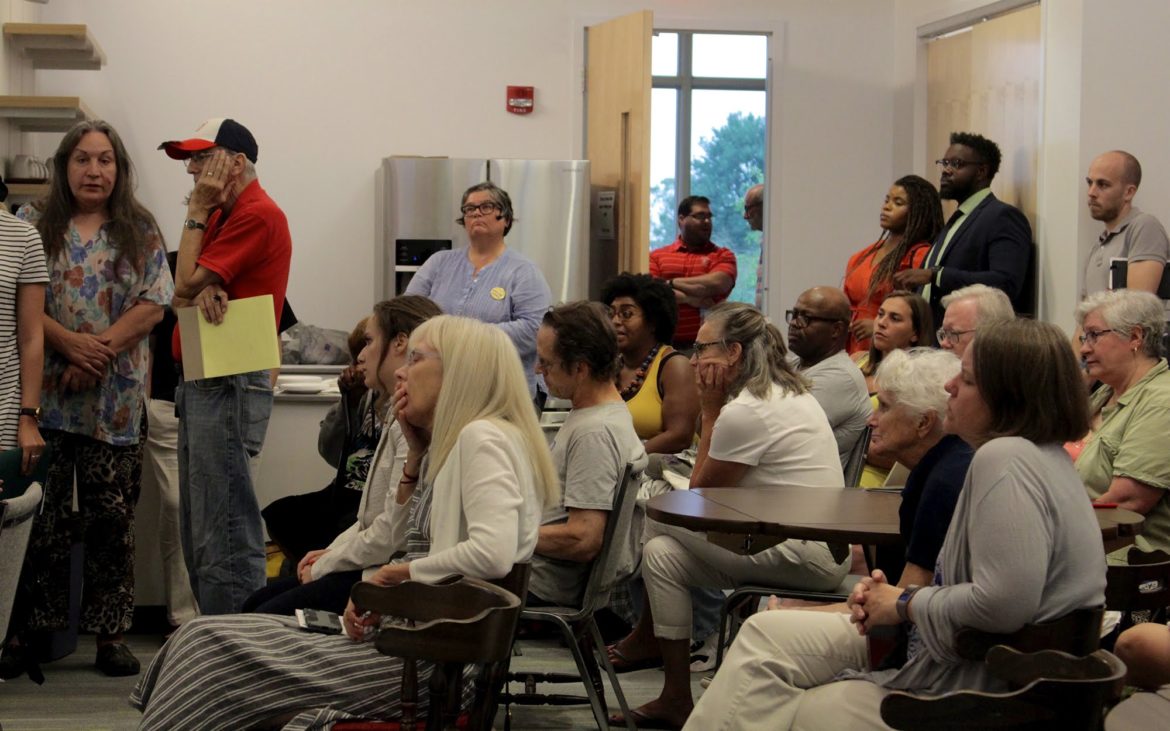 Roughly 50 people gathered for a public forum on environmental issues on Aug. 20, 2019, at the Forest Hills borough building. (Photo by Jay Manning/PublicSource)

“What have they done for you, my friends?” Matthew said, referring to what she sees as inaction by elected officials. “When you stand up and start asking your representatives, ‘What the hell?’ I am of flesh and blood. I matter. Your pocket shouldn’t be benefitted for my health.”

Matthew said she feels that some officials are neglecting the health concerns of their constituents to support the fracking and petrochemical industries. “We know these mills are affecting our lungs and our health and shortening lives,” she said. “What is a dollar bill worth if you don’t have a quality of life?” As Matthew made her way back to her seat, the crowd gathered in the Forest Hills Borough Building erupted with applause and cheers.

The public forum was organized to provide information about actions being taken on key environmental justice issues at the state level in Harrisburg and the community level in Allegheny County. 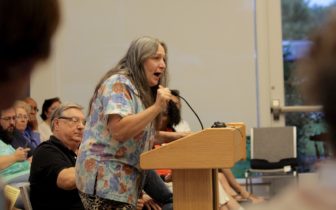 Je'Amour Matthew, a Braddock resident, addresses the panel and attendees and gives a call to action. (photo by Jay Manning/PublicSource)

“Environmental injustice is at the intersection of the economy, of race, of class, of educational opportunity,” said Lee, a Democrat representing a portion of Allegheny County. “And when you look at this community — my community, where I grew up — we’re the people who have been impacted by it hardest. We are hit first, and we’re hit the most.”

Lee told attendees about environmental bills that she supports in Harrisburg. Among those are a bill aiming for 100% renewable energy usage in Pennsylvania by 2050; a bill incentivizing solar installation; and a bill to curtail single-use plastic straws. “The moral of the story is that we are on many good pieces of legislation. But for every good piece of legislation, there are 10 more bad ones,” Lee said.

Several members of the audience shared their dissatisfaction with what they viewed as a delayed public notification by the Allegheny County Health Department to a December fire at U.S. Steel Clairton Coke Works. The fire damaged equipment that is responsible for cleaning sulfur dioxide before it’s emitted into the community. Sulfur dioxide can irritate the lungs.

Attendees also raised concerns about the proposal to drill for natural gas, or frack, at U.S. Steel’s Edgar Thomson Steel Works in Braddock.

Earlier this month, Lee sent a letter to the Allegheny County Board of Health and Allegheny County Health Department expressing concerns about public health and safety due to the proposed natural gas drilling at the Edgar Thomson steel mill. The letter highlights that to a community that is already suffering from high asthma rates and other health concerns, the new fracking wells will only create more public health and air quality violations. 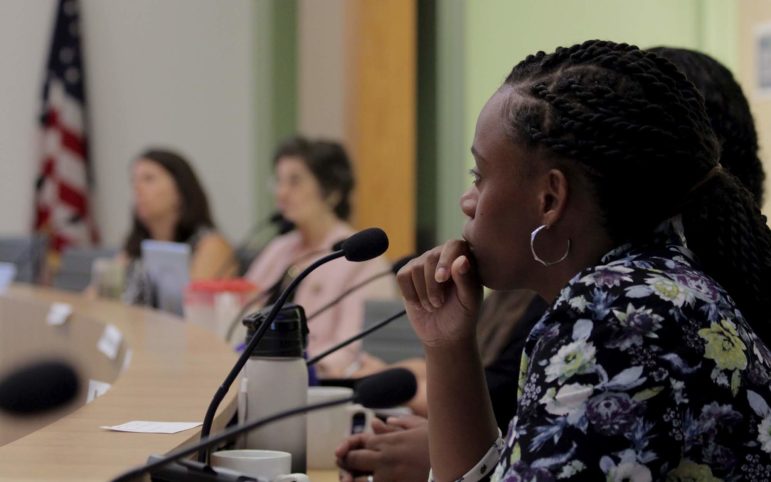 “We just wanted to make it known that we object, that this is a dangerous proposal, that Merrion Oil & Gas are not equipped to do this type of fracking, and that all throughout the process, they have not been in compliance,” Lee said at the forum. “Fracking is already dangerous. It is even more dangerous to have someone come in who is inexperienced in the particular type that they are doing.”

According to Merrion, the company hopes to begin construction in 2020, finish in about a year and then produce natural gas for 20 to 30 years.

Lee was accompanied by five panelists including Patricia DeMarco, council member of the Forest Hills Borough Council, and Rachel Filippini, executive director of the Group Against Smog and Pollution.

The public forum also educated the attendees on the biological effects of particulate matter in the air. Dr. Deborah Gentile is a pediatrician who has been studying the prevalence of asthma in children and the health effects of outside air pollution in Allegheny County for seven years. She described the impact of particulate matter, often smaller than 2.5 micrometers, on children’s lungs as well as the potential links between brain development and air pollution.

Megan McDonough, municipal regional coordinator of Food & Water Watch and one of the panelists at the event, talked about community action in the form of enforcing zoning ordinances.

McDonough said communities now have the power to decide where heavy industrial operations should take place and can choose their own setbacks that are not dependent on “arbitrary state minimums.” Local municipalities and elected officials can also choose to require further testing of water, soil and air in their regions, McDonough said. Food & Water Watch launched an initiative called the Municipal Ordinance Project to encourage communities to enforce local regulations.

Varshini Chellapilla is a PublicSource intern. She can be reached at varshini@publicsource.org.