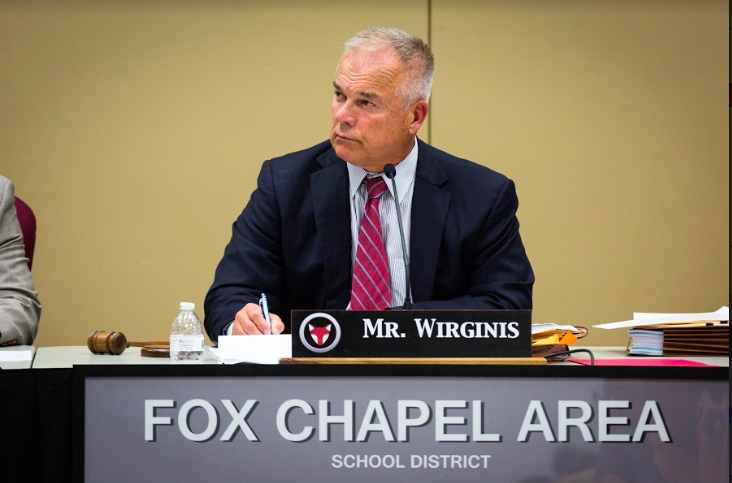 In the continuing saga over shredded documents in the Fox Chapel Area School District, the board voted Monday to hire a special counsel to review the shredding investigation of previous special counsel Thomas Breth.

Breth, a Butler attorney, was hired to investigate allegations that district documents were shredded in June in an effort to skirt the state Right-to-Know Law. Breth reported at the Sept. 9 board meeting that he found no wrongdoing.

The board’s decision to hire a second special counsel is in reaction to Superintendent Gene Freeman’s demand at the Sept. 9 meeting that his name be cleared of allegations that he improperly pressured district employees to shred documents that could be the subject of current or anticipated Right-to-Know requests.

The allegations against him were contained in a Sept. 8 social media post by board member Edith Cook. Cook said individuals who she would not name came to her with the allegations, and it was her responsibility to report it. In the post, Cook provided her outline of how the shredding investigation was instigated in June and carried out through the summer.

Cook’s post, which has since been taken down, contained emails with district and board officials as well as the state Auditor General’s office. The post stated that she received reports on June 18 that Freeman may have pressured office staff to destroy documents in violation of the Right-to-Know Law.

The post prompted Freeman to say at the Sept. 9 meeting he was entitled to “due process” and that a further investigation was needed to clear his name. Freeman made this demand despite the fact that Breth said he had interviewed “eight or nine” central office staff all of whom said they were not pressured to destroy documents.

On Monday, the board voted 6-1 to hire the second special counsel to review Breth’s investigation and written report and possibly to interview Cook and some office staff to determine if a deeper investigation is needed.

Cook was the lone dissenter in Monday’s vote. Board member Dharmesh Vyas was absent, and board member Robert Mauro tendered his resignation on Sept. 12. In his resignation letter, Mauro cited the tension on the board and between the district and public as his reason for resigning.

Freeman did not attend the Monday meeting.

Cook objected to giving the new special counsel authority to conduct any interviews. She told board president Terry Wirginis that she believed the proper protocol would be for the special counsel to give the board a recommendation on whether more investigation is needed and then the board should meet to discuss if they should authorize it.

Wirginis said he plans to interview candidates for the second special counsel job and does not want to spend more than $3,000 on top of the about $12,000 that the district spent on Breth’s investigation. Should the cost run higher, he said he will return to the board for a vote.

Wirginis and board vice president Nancy Foster said the second legal review is necessary because the board has an obligation to find out whether Freeman pressured staff to destroy documents. Both said Freeman should either have his name cleared or face appropriate penalties if the accusations are found to be true.

Foster said the second legal review would be unnecessary if Cook would apologize to Freeman.

Cook made a motion at Monday’s meeting for the board to review if Breth’s investigation was commissioned and conducted appropriately.

There was no second on the motion.

McCommons said he did not do the search himself but directed the employee with the capabilities to do the search to collect the emails and provide them directly to Breth.

Cook also maintained that her initial request for an investigation, which prompted Breth’s hiring, called for someone to check the bins of documents that were taken from district offices for shredding on June 18 to ensure they were appropriate for shredding.

Instead, she said the investigation started with Breth asking her for the names of the individuals who made reports to her. She said she was not willing to identify the individuals.

Breth also reached out to a PublicSource reporter for information during his investigation. Concerns about the possible shredding violations were first reported in a July 18 PublicSource story on transparency issues in the district.

Other board members and district solicitor Paul Giuffre have criticized Cook for not cooperating with the investigation, and Breth said at the Sept. 9 meeting that her lack of cooperation hampered his investigation.

Cook has pointed out that, at the point Breth was hired, it was impossible to do the investigation she requested — the review of documents — because they had already been shredded. She said she did not know that when she made the reports or as the investigation was underway; the entire board did not learn that the documents were already shredded until an executive session on Aug. 12.

Cook said on Monday that when Breth was hired in July, both Wirginis and Giuffre knew the documents had been shredded.

Wirginis acknowledged that he and Giuffre were aware of the shredding when Breth was hired. “There was nothing wrong with not putting that out to the entire community at that point,” Wirginis said.

Foster defended Wirginis, saying he hired Breth because Cook had demanded an investigation and that he told the board of the shredding at the Aug. 12 meeting, which was the first meeting of the board after the investigation started.

During the public comment portion of the meeting, Fox Chapel resident Anne Holland questioned the need for the additional investigation.

“As a taxpayer, I question the spending of district resources to ask the same questions yet again when the first investigation did not indicate any wrongdoing on the superintendent’s part,” Holland said. “It seems there is no reason for a due process hearing and wasting of additional taxpayer dollars.”

Cook asked Giuffre to explain the legal basis for a due process proceeding for Freeman. Giuffre said he could not answer her question because she had created a conflict of interest for him by consulting other attorneys on the matter and because she misstated facts in her initial report to him about the shredding.

Cook did not explain her consultations with other attorneys. But she said she contacted the state Auditor General’s office to find out how to proceed with the reports she received because they included allegations against the superintendent. She said she normally would take such a matter to the superintendent.

Cook said the auditor general’s staff directed her to take the reports to the district solicitor.

Giuffre said his obligation is to the district and the full board, not to represent Cook.

The board will meet again on Oct. 3 to conduct interviews of candidates for Mauro’s region 3 seat and to select a new board member.