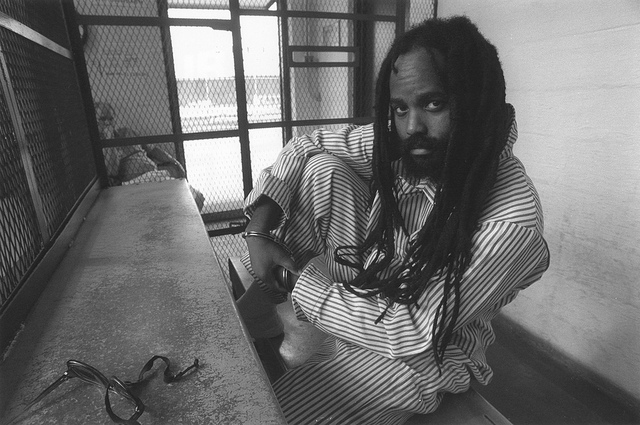 Since the highly effective and costly hepatitis C drugs came to market two years ago, it’s been a common refrain: Wait until you have irreversible liver damage and then you can be treated.

This week, the scenario played out again in Pennsylvania courts for a former death-row inmate (whose time in prison has been marked by appeals and lawsuits over medical treatment) and fellow prisoners.

A state prison policy has rendered Mumia Abu-Jamal — a 62-year-old former Black Panther convicted of the 1981 murder of a Philly police officer — and others ineligible for the hepatitis C drugs that can cure the virus because they don’t yet have advanced liver damage.

U.S. District Judge Robert Mariani said the policy amounts to "conscious disregard" for the inmates' health, but noted that prisons, Medicaid officials and courts across the country are struggling to decide who should get the anti-viral drugs.

The inmates still don’t have access to treatment, even after the judge’s harsh words. They sued the wrong prison officials, according to The Associated Press story. The lawyers said to expect more on this.

The hepatitis C drugs in question provide a cure in more than 90 percent of cases. Treatment costs start at about $50,000 and can get remarkably more expensive from there. Nearly one in five U.S. inmates are infected with hepatitis C; the state follows that trend.

[S]tates have struggled to pay for the newly developed drugs. Pennsylvania's interim policy provides only annual check-ups until an inmate's liver disease advances. …

"Most states are rationing it in the prison population and at the Medicaid level," said [Michael Ninburg, executive director of the Seattle-based Hepatitis Education Project]. "However, these (drugs) are cost-effective, and there's growing evidence around the benefits of treating early."

When PublicSource reported on this in May 2015, several regular citizens were being denied the antivirals for the same reason. They were among the estimated 205,000 in Pennsylvania with the virus.

Some private insurers have relaxed restrictions, but many still stand. They often require evidence of rapidly declining health, proof of sobriety, even testimonials of doctors that they believe the patient’s life is stable enough that they won’t quit treatment.

At the time of the article, Dr. Kapil Chopra, director of the UPMC Center for Liver Diseases, said he encourages early detection and treatment to stave off cirrhosis and cancer that makes hepatitis C the leading cause of transplants.

“The right time to treat this disease is early and not wait until a patient has developed an advanced disease,” he said, “and this is where there's a disconnect between what insurance carriers are currently approving versus what should be done in day-to-day life.”