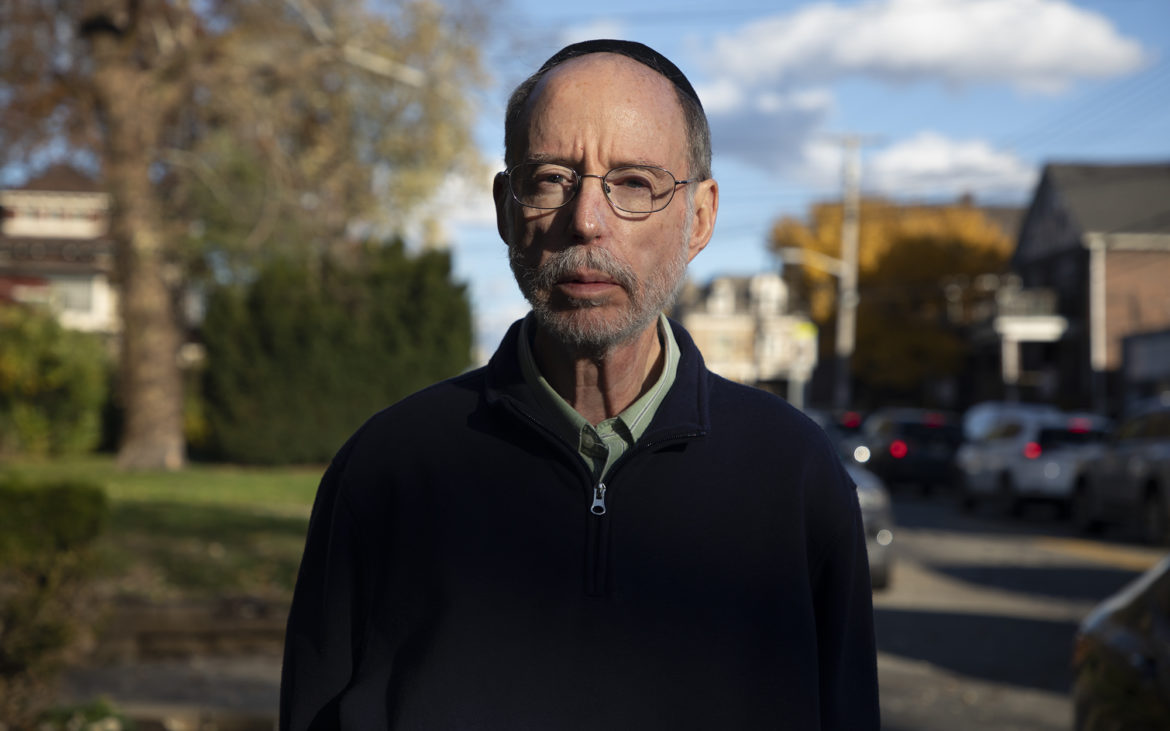 Abby Mendelson reflects on what the synagogue shooting means for Squirrel Hill and society as a whole. (Photo by Kat Procyk/PublicSource)

The day could not have been more peaceful, more idyllic. Spending our Sabbath with old friends in Hashmonaim, a small Israeli town populated entirely by observant Jews, we watched free-range children play safely in empty streets, strolled to synagogue and enjoyed great conversation and wonderful indigenous wine over a long, leisurely lunch.

It was a little bit of Heaven.

Then, when three stars were visible in the night sky, meaning that our Sabbath had departed, we did what Jews do the world over: turned on our smartphones, iPads and laptops.

That’s when we received the horrific news.

Along with scores of frantic emails. "Please tell me," Rich sent from Central Pennsylvania, "that my friend is all right."

"My heart is with you," Leah wrote from Seattle, "full of fear and sadness. Praying you are safe. Please let me know as soon as you can."

And so on, from Vermont and Virginia; New York and New Jersey; Maryland and Maine; Minnesota, Missouri and Massachusetts; California, Connecticut and both Carolinas. Eighteen states in all, along with Japan, Australia, Italy, Canada and Israel, friends and former students and distant family members all reached out to make certain we were not lost.

I answered all of them the same way. Although my wife, Judy, and I live two blocks from Tree of Life synagogue, it is not ours. And, ironically, while the terrifying events unfolded, we were in safe and quiet Israel. (We returned two days later, as scheduled.)

We must ask: Is this what we've come to?

So we missed the initial sturm und drang, the on-site shock. Though we live across the street from the local police station, we did not see the first responders pouring out, hear the sirens shattering the morning, experience the lockdowns or feel the fear.

But as the numbness spread, we could hardly miss the dawning understanding that the single worst mass murder of Jews in American history took place in our neighborhood.

Squirrel Hill is a diverse, eminently livable, quiet village. As Bari Weiss, a former student of mine, wrote in The New York Times, it is "profoundly decent." David Minkow, a friend and former resident wrote in Canada's National Observer that Squirrel Hill has a "palpable sense of tolerance and acceptance."

While those statements are questionably true, they stand for much of America. We live in a nation of quiet towns and neighborhoods where this kind of violence is simply unthinkable. Certainly there are no-go zones everywhere (cf. Rick Blaine in “Casablanca” advising Major Strasser that there are sections of New York City where even the Wehrmacht forces should avoid.) But by and large, America's paradigm is Squirrel Hill. 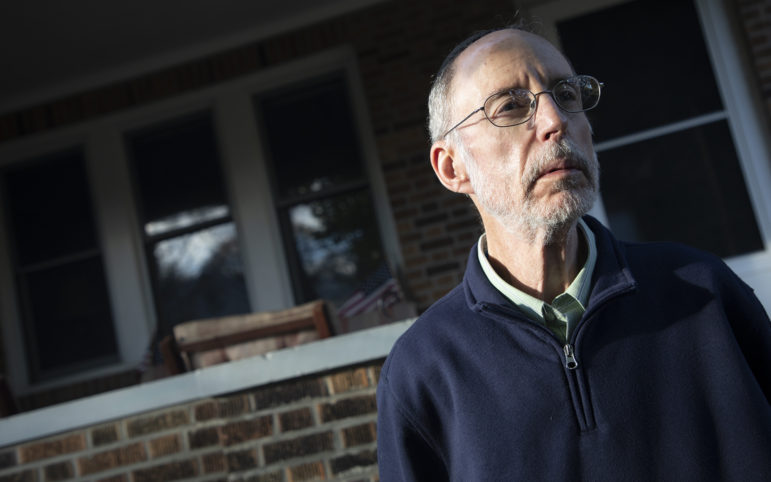 Abby Mendelson was in Israel during the shooting at the Tree of Life synagogue, which is only two blocks from his home. (Photo by Kat Procyk/PublicSource)

We must ask: Is this what we've come to?

We are learning a new lesson, apparently the hard way. That evil is hardly Scrooge's fragment of underdone potato. Instead, as articulated in “The List of Adrian Messenger,” "Evil does exist. Evil is."

Evil is the baseless, murderous hatred of anti-Semitism, from Pharaoh to Haman, Khmelnytsky to Hitler, virulent, eternal. "I keep my ideals," Anne Frank wrote in her diary, "because in spite of everything I still believe that people are really good at heart."

Yes, of course. That emaciated, imprisoned teen wrote those hopeful and moving words just prior to her family being deported to Bergen-Belsen, where she was murdered for the capital crime of being Jewish.

Evil exists. Evil is the elegy for the quiet village of Squirrel Hill.

No, we will never entirely defeat hate or evil.

When Judy and I asked our oldest son, Jesse, how he broke the news to our three grandsons, ages 6, 9, 11, he answered, "We told them the unvarnished truth. We told them exactly how close the synagogue is to [our] house. How I used to play Wiffle ball in the shadow of the worst attack on Jews in American history. How a deranged man hated Jews more than anything in the world, and he isn't the only one. How people went to synagogue like we do every week and died because of it. How we live on and honor their memory by reveling in and celebrating our Judaism, and love of community, and each other and every single member of our greater Jewish family — irrespective of affiliation, hometown or level of practice. My sons were appalled at the prayer book covered in blood and said they couldn't wait to use one this week to show everyone that Jews use those, not guns."

That relentless, necessary drive for decency and faith and humanity hardly ended with the Jewish community. "For the past few days," my Muslim-born, African-American friend Terri wrote to me, "I have struggled to find the right words to convey my thoughts. At a time like this, there are no right words. So this message is from my heart to yours. Our communities and our history are inextricably bound together — with common experiences, shared spaces and a bond that is unbreakable. My prayers are for healing, love and the strength to stand together against all of the forces of evil, bigotry and hate."

"What can we do," a West Coast friend added, "but hold on to each other?"

"I want you and Judy to know," Richard sent from Maine, "that I have had you on my mind each and every day this week, and I’m hoping that you’re able to find a way to cope and to endure."

No, we will never entirely defeat hate or evil. But we can at least ameliorate it. Make it difficult for it to take root and thrive.

Now, more than ever, we should hearken to Abraham Lincoln's injunction, inciting what he famously termed "the better angels of our nature," engaging endlessly, unflinchingly in acts of kindness. Of decency.

Abby Mendelson is an award-winning Pittsburgh-based writer who teaches in the Chatham University MFA program among others. His latest book, “Spirit to Spirit: A Portrait of Pittsburgh Jazz in the New Century,” is due out at the end of the year.