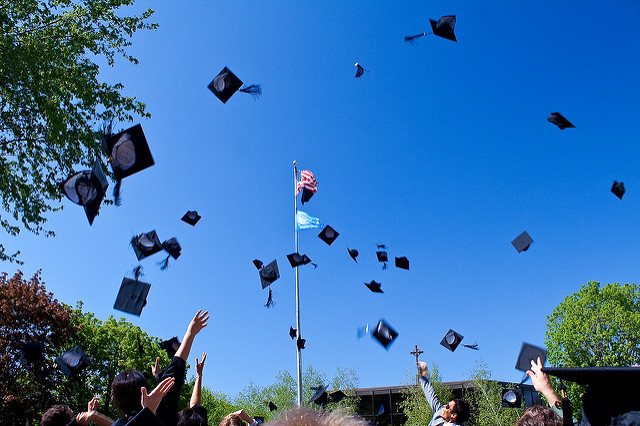 A new report released Thursday by the U.S. Department of Education emphasizes the gaps between low-income college students and their more affluent peers.

The report highlighted both public and private colleges and universities throughout the country by comparing the institutions’ percentage of Pell grant recipients and analyzing strategies used to retain these students.

“Many colleges and universities have taken important steps to make college a reality for low income students, but unfortunately today those success stories are the exception–they ought to be the rule,” Education Secretary John B. King said in a press briefing Wednesday, as reported by ProPublica.

Pell grant recipients make up at least 40 percent of the population at the colleges and universities reviewed. About 50 percent graduate within six years, according to The Washington Post.

The federal grants go toward students with family earnings of about $40,000 or less.

The report examined the relationship between highly selective schools and low enrollment of low-income students.

Today’s most selective colleges are often known for their exceptional student outcomes, including high graduation rates and post-college labor market success …  students from families in the bottom economic quartile make up only 3 percent of the student population at today’s most selective institutions...

In addition, the report analyzed graduation gaps at four-year institutions between low-income students and wealthier peers, showing that public institutions not only enroll more Pell grant students but also are less expensive.

While graduation rates are somewhat lower at public institutions than at private ones, public colleges and universities enroll a far larger number of Pell students, and typically keep costs much lower.

Pell grant funding has increased under President Barack Obama, according to the report.

“With more students accessing financial aid to attend college, Pell grant recipients have grown to be nearly 40 percent of all students and the maximum award has risen by more than $1,000,” a Department of Education press release said.

Additionally, the administration has proposed expansions to the Pell grant by allowing year-round eligibility for the aid, according to ProPublica.