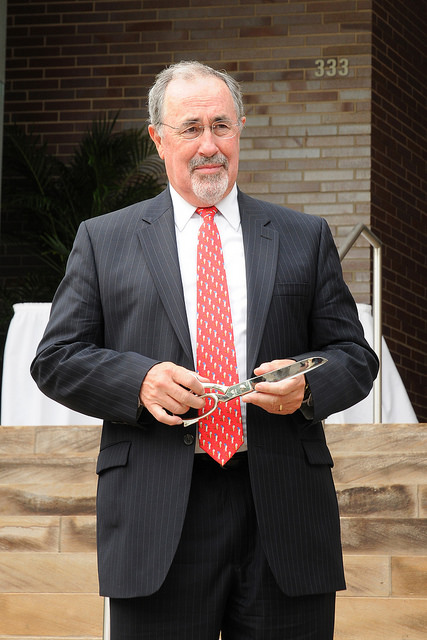 Following the resignation of Pennsylvania Supreme Court Justice J. Michael Eakin, discussion is turning to how the governor will choose his replacement and what that means for the state’s highest court.

Eakin’s resignation, stemming from a scandal involving inappropriate and offensive emails, leaves an open spot on the heavily Democratic state Supreme Court. Currently, there are five Democratic judges, one Republican and one vacant spot on the court. Eakin is a Republican.

The decision to fill the vacant spot on the state Supreme Court is in the hands of Gov. Tom Wolf, who said in a statement he will make a selection in “due time.” Last November, as a result of two resignations and one election campaign, Wolf selected three new Democratic judges.

Terry Madonna, director of Franklin and Marshall College’s Center for Politics and Political Affairs, told PennLive, that historically, governors replace a judge with another judge of the same party. Madonna is not sure that Wolf will follow the historical precedent for selecting Eakin’s replacement.

"We'll have to wait and see what Wolf does," Madonna told PennLive. "He'll have to reach a compromise with the Republicans, but given what's going on in Harrisburg right now and all the tension and the discord, all bets are off on the things we'd normally predict."

Regardless of who is selected, Bruce Ledewitz, a Duquesne law professor, told PennLive, the new judge and all current and future judges should use this email scandal as a warning call.

“All the political elites are now aware that their private relationships are public and that’s a good thing,” Ledewitz told PennLive. “At least for a time, I think you’ll have much more circumspection about ‘What I say and to whom I say it.’”

Eakin was originally accused of receiving pornographic and offensive emails by Attorney General Kathleen Kane in November 2014. It became public in October.

Wolf, who called on Eakin to resign in December, said in a statement the “continued abuse of public trust” was unacceptable.

“Today is another reminder of why we must all work with urgency to restore the public’s trust in their government as well as the integrity of the judicial system,” Wolf said in a statement.

The domino effect of Kane’s internal investigation of the state government that led to the release of the scandalous emails may not be over. For Eakin, “legal peril” is still a possibility, according to Chief Justice Ron Castille.

Castille told the Allentown Morning Call that since Robert Garci, who led the probe, was Eakin’s campaign manager and there are allegations of attempts to “appoint an Eakin sympathizer to the conduct board,” Eakin will remain under scrutiny.