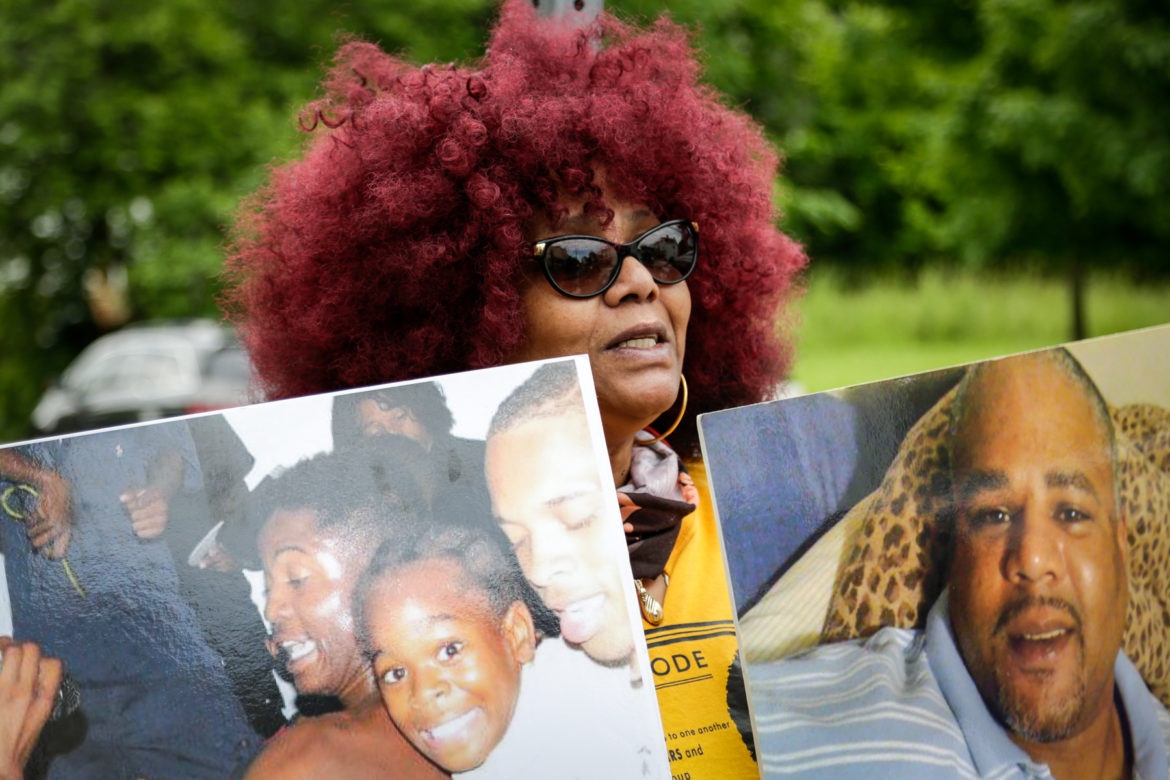 Carol Speaks talking to media about the murder of her grandson, Antwann, during a peaceful demonstration outside of Westinghouse High School in Homewood on Saturday, June 13. (Photo by Nick Childers/PublicSource)

Led by a group of mothers who have lost loved ones to violence, more than 100 individuals gathered Saturday in Homewood for a march in support of local Black communities.

“Today, we’re being accountable for Homewood killing Homewood, and the healing that will be done by taking a hard line, looking in the mirror, and saying, ‘enough is enough,’” Dina Blackwell, one of the event’s organizers, said to the crowd before the march.

The demonstrators gathered outside of Westinghouse High School Saturday morning and marched into the afternoon to House of Manna, where food was served for the crowd. 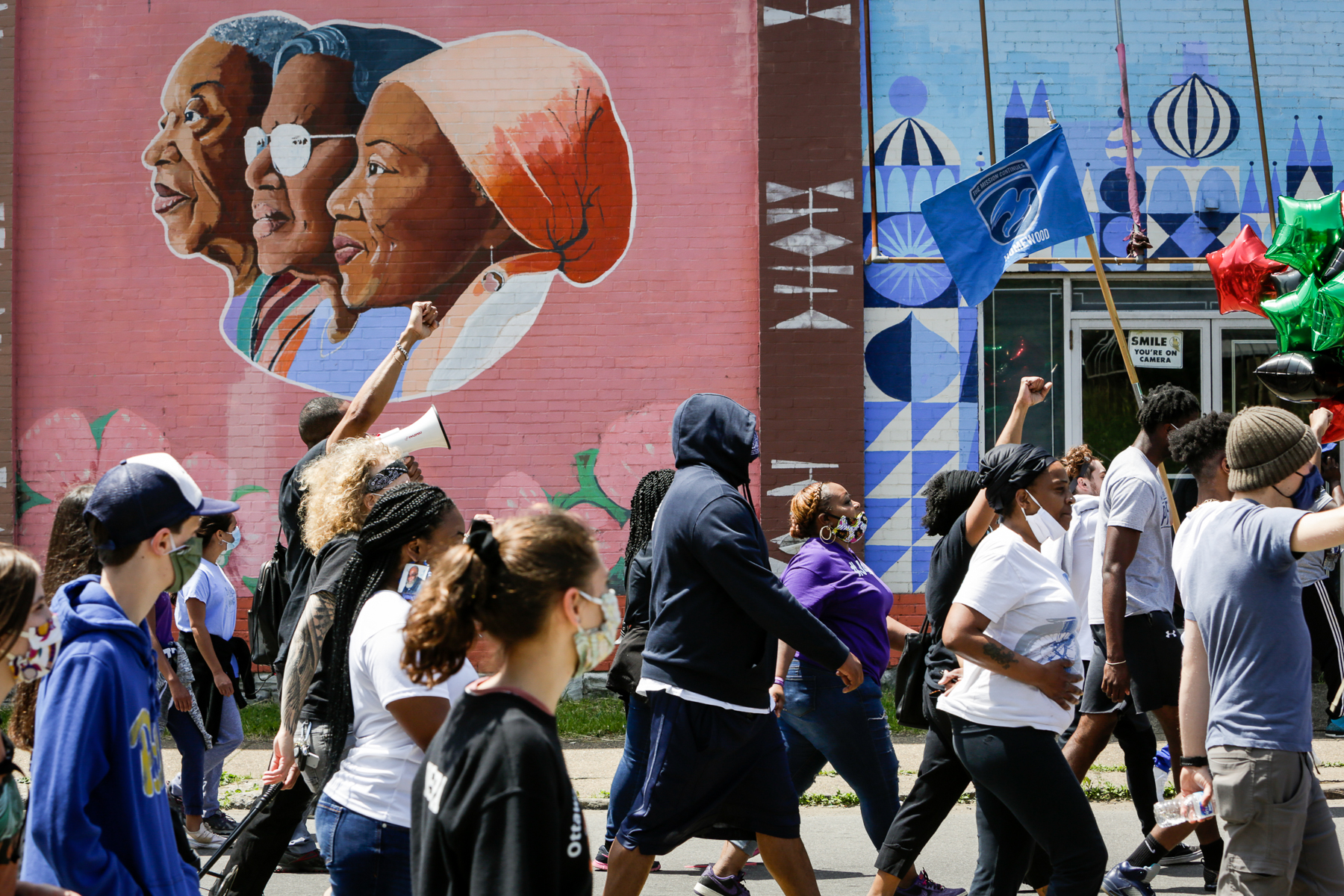 A group marching through the streets of Homewood protesting against violence in the community on Saturday, June 13. (Photo by Nick Childers/PublicSource)

Blackwell and others referenced Sean Reese, a 34-year-old man who died in a shooting in Homewood late last month, when discussing the purpose of this march. They also spoke about George Floyd, Trayvon Martin, Sandra Bland and other unarmed Black people who have been killed across the country, but the focus of this demonstration was the violence in Black communities such as Homewood.

Carol Speaks, founder of Liberation Ukombozi, a group against mass incarceration, and a Homewood resident who has had loved ones killed, helped organize the march.

“We got people that grew up together, you kill your best friend who you slept in the crib with and ate with every day,” Speaks said. “We need this to stop. How can we get control of the police brutality when we being brutal to ourselves?”

Wynona Hawkins-Harper, another organizer and founder of JAMAR Place of Peace, lost her son Jamar Hawkins in a shooting in Penn Hills.

“We are constantly sitting back, watching this Black on Black death, but we are not doing anything to correct our behavior to save our children’s life,” she said. “Each and every Black man and woman walking this earth is important. But the greater issue is this ground level, because we are constantly dying.” 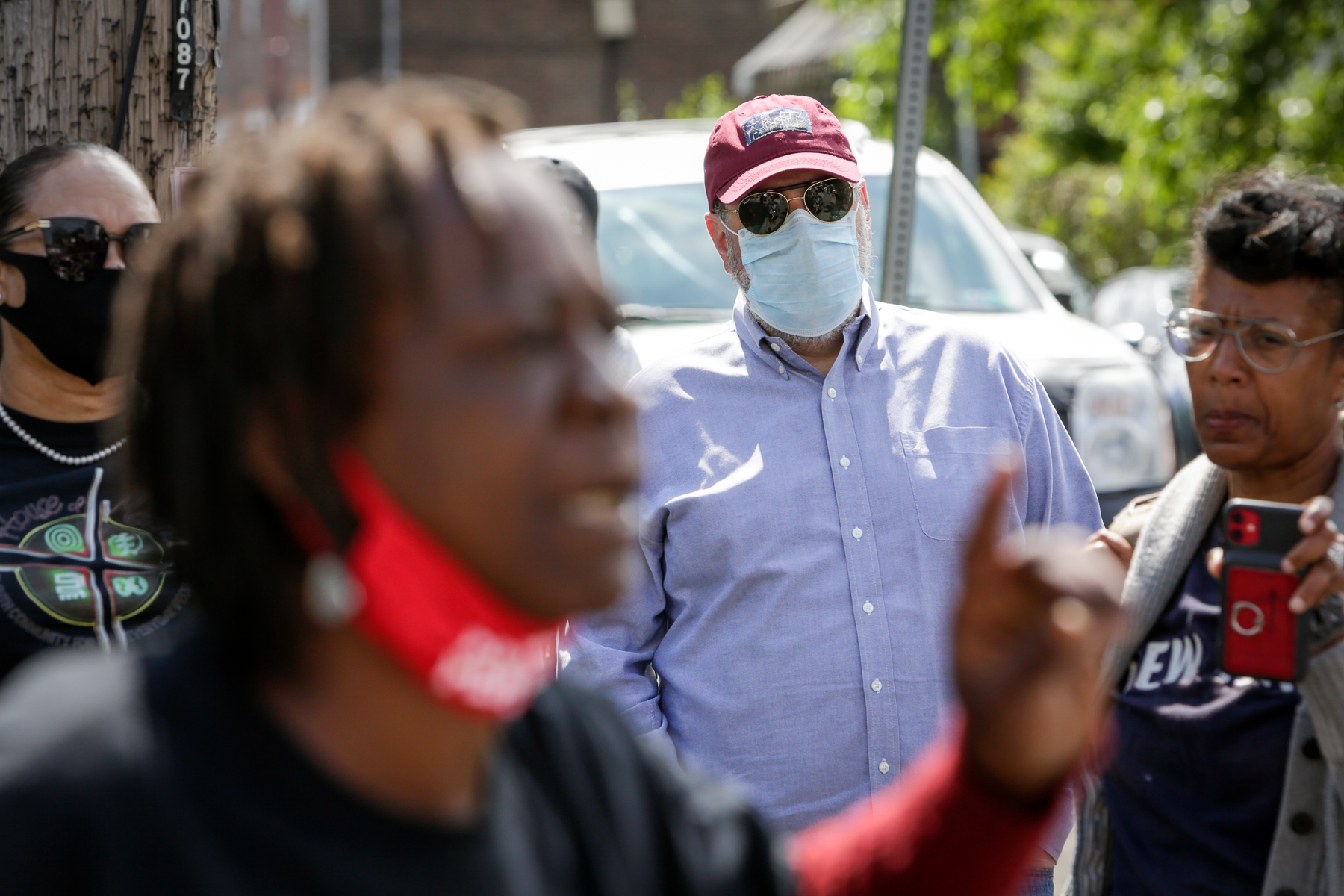 Mayor Bill Peduto listening to Donna Butler speak during a peaceful demonstration outside of Westinghouse High School in Homewood on Saturday, June 13. (Photo by Nick Childers/PublicSource)

At Blackwell’s invitation, Mayor Bill Peduto attended the march. Peduto said he has participated in marches in Homewood before and identified this one as particularly important because of the current climate regarding race. Neighborhood residents and organizers he’s spoken to want to see police reform rather than abolition, he told PublicSource during the march. He believes there is tremendous momentum toward reform right now, which he said he supports.

He spoke about policing when he addressed the crowd.

“I’ll say something that may be a little controversial. These two officers here,” he said, pointing to nearby police officers, “pray for them. They’re going through a very rough time as well. They did nothing wrong, but they’ve been cast into a bigger group. That’s exactly the problem that we have in this country and this city. We cast people into big groups, but we don’t find the gems that exist in every corner of this city.” 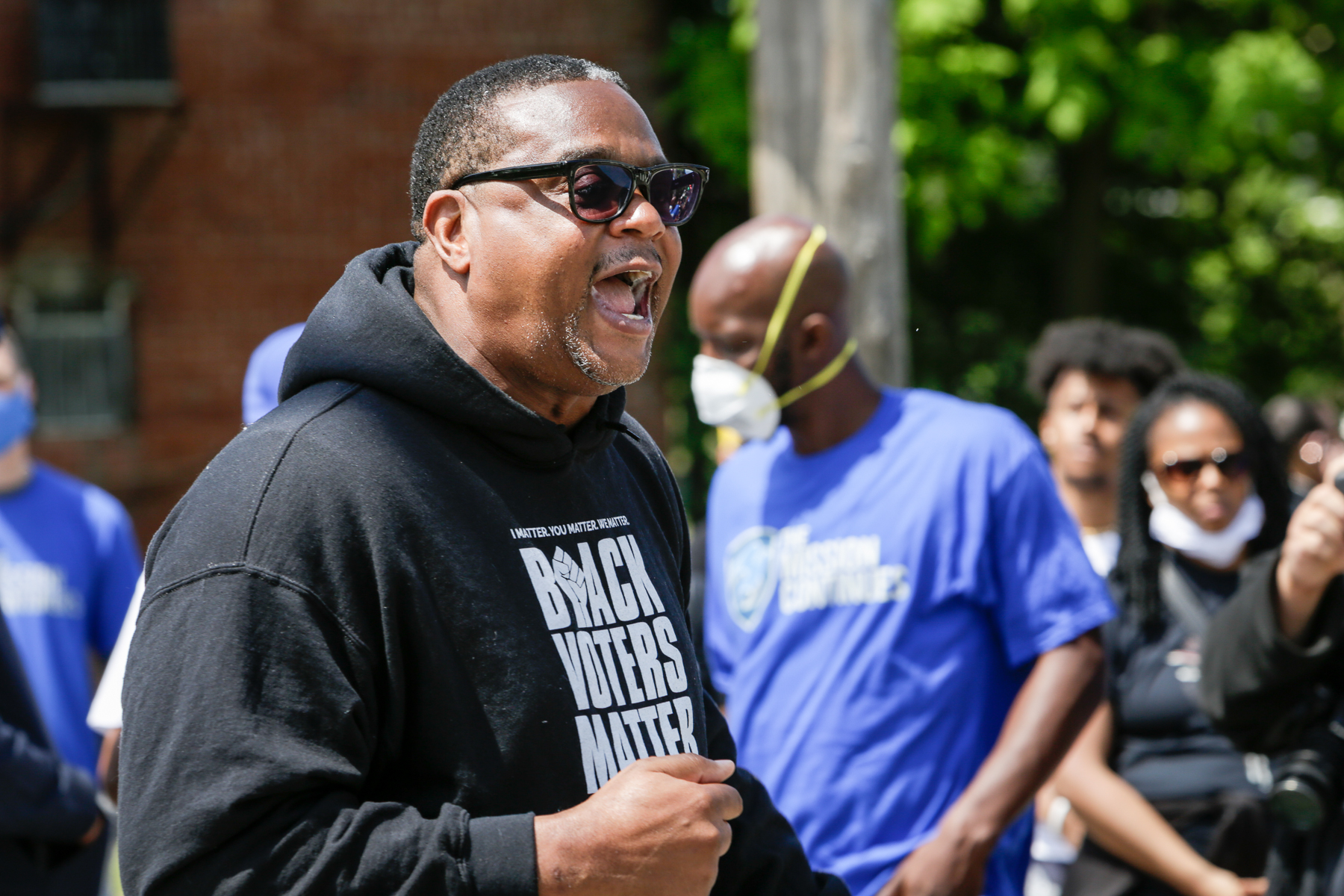 Pennsylvania State Rep. Ed Gainey also spoke during the demonstration, tying together a slew of issues Black communities have dealt with recently.