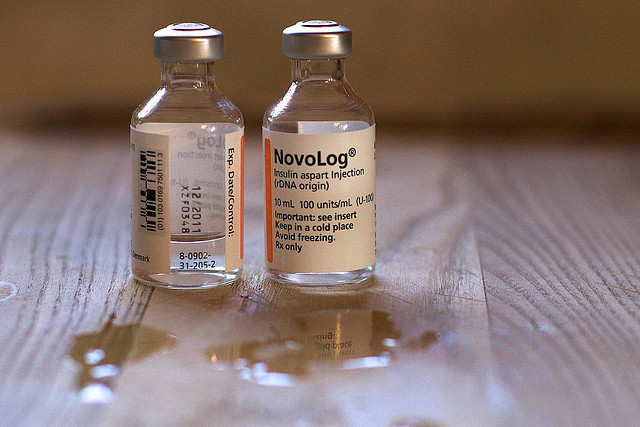 The Leap Diabetes Plans, the first of a new line from Aetna, will roll out in four regions, including southeast Pennsylvania.

The plans are designed to be simple and will be more personal, as outlined by a Kaiser Health News article.

An Aetna representative told KHN that they found diabetes care to be a “growing need.”

The plans come with incentives: $10 copays for specialists like endocrinologists, ophthalmologists and podiatrists; free supplies; an online care team; and rewards like $50 gift cards for routine A1c blood tests and another $25 card for connecting glucose monitors to the Aetna website.

Some downsides are that the cut rates for specialists only apply for diabetes care-related visits and that coverage for medications is the same in other gold plans, meaning drug costs remain high.

The Health Care Cost Institute reports that annual healthcare spending per capita for people with diabetes averages nearly $15,000, while the average spending on people without diabetes is about $4,300.

Although the plans are buffered by incentives, they might not really save much money.

In Arlington, Va., for example, the Aetna Innovation Health Leap Gold Diabetes plan with a $3,500 deductible for an individual has an estimated monthly sticker price of $379. Non-diabetes related specialist visits cost $100, preferred brand-name drugs cost $50 and the out-of-pocket maximum is $3,500. Is that a better buy than the $371 Kaiser Permanente gold plan with a zero deductible and $6,350 out-of-pocket maximum, where all specialist visits are $40 and preferred brand-name drugs cost $30? That will depend on the individual.

And though Aetna’s Leap Diabetes Plans are the first to hit the consumer marketplace, they’re not the first to go into effect.

In 2009, UnitedHealthcare launched a diabetes health plan for its employer-based business with financial incentives of up to $500 per enrollee, typically in the form of reduced or eliminated copayments for office visits and medications.

Investigators at the University of California-Los Angeles and UnitedHealthcare found that “reducing out-of-pocket costs did improve people’s success at sticking with a drug regimen,” according to KHN.

One of the investigators told KHN that even $5 drug copays can deter people from taking their medications.

Rather than decrease drug costs, the Aetna plans took another approach by reducing the copays of expensive specialists and hoping that will galvanize people to visit their care team more frequently.

The plan will be available to people even without diabetes, although specialist copays for non-diabetic appointments are $100.