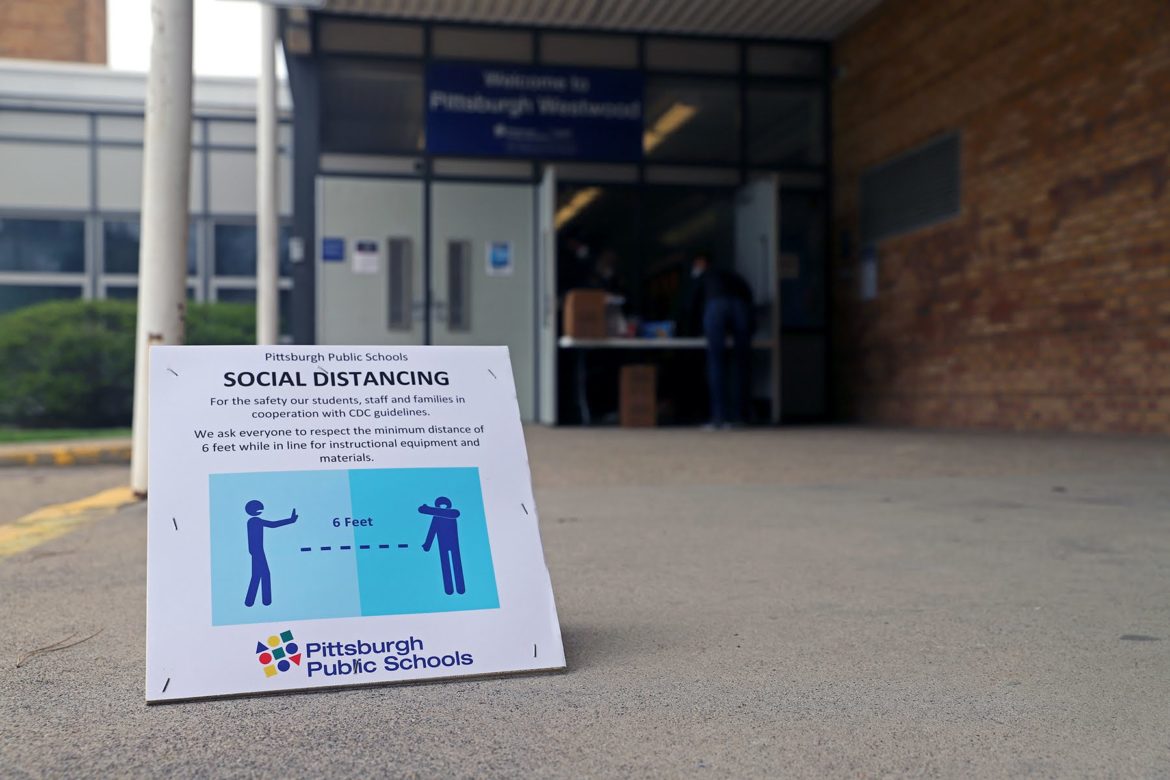 A social distancing sign set up during the spring COVID-19 shutdown near food and school work distribution tables at Westwood K-5 in Pittsburgh. (Photo by Jay Manning/PublicSource)

As a mother, a public schools advocate and a longtime member of Pittsburgh Public Schools’ Equity Advisory Panel, Maria Searcy grew worried last fall when she noticed top members of the district’s administration leaving. She was concerned about what their departures meant for students.

Then, the COVID-19 pandemic happened. She and other parents felt the district took too long to transition students and teachers to remote learning, and too long to get the most under-resourced students the needed technology for the shift. She couldn’t help but wonder if vacancies in the administration contributed to a slow district response.

“We don't have enough people in the district to get it done,” Searcy said.

As it stands, Pittsburgh Public Schools has seven members in its executive cabinet. Vacant positions include a chief technology officer and deputy superintendent, according to district spokeswoman Ebony Pugh.

Some parents, school advocates, and recently, 55 Black women in a June letter to the school board, say these vacant positions are the latest “critical” positions the district has left unfilled during Hamlet’s tenure, and some note that the absences may have hindered the district administration’s response during the pandemic. Some said they lacked confidence in remote learning going forward, due to the vacancies.

Pugh said that all vacant positions are being evaluated to determine which will be filled or eliminated completely, “in light of a budget deficit that is being exasperated by COVID-19.” 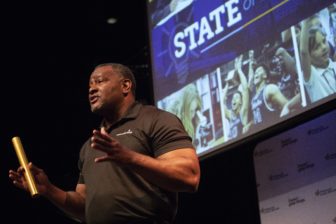 Anthony Hamlet, superintendent of Pittsburgh Public Schools, speaks to an audience at CAPA 6-12 during the State of the District 2018 event. (Photo by Kat Procyk/PublicSource)

Deputy Superintendent Anthony Anderson left the district in October. That position may be eliminated, Pugh said, because there are different ways to distribute the work of that role, and in the past, ”We’ve had models where we haven’t had a deputy.” However, she said, the district will likely work to fill the chief technology officer position, which has been vacant since December.

The Black Women for Better Education collective sent a letter signed by 55 Black women to the school board on June 1 calling for the board to not renew the contract for Superintendent Anthony Hamlet. The letter notes that under Hamlet’s leadership, “[v]eteran staff have resigned, or their positions have not been renewed, including staff brought to the district by Dr. Hamlet from outside of the region.”

At the start of his term, “[Hamlet] was tasked with rebuilding nearly his entire leadership team,” the letter said. It went on to say that while the start of his term should have been an opportunity “to bring in the best and brightest local and national talent,” it has instead been a revolving door, with many hires leaving abruptly or under curious circumstances.

Additionally, the letter criticizes district pandemic response, saying “Hamlet’s lack of leadership and transparency during the pandemic has left students and their families feeling frustrated."

When asked about criticism that the vacancies affected the district’s remote learning rollout and overall COVID-19 response of the district, Pugh said she wouldn’t attribute the quality of the response to the vacancies. The district ended in-person learning after Gov. Tom Wolf announced the indefinite closure of schools statewide on March 16. Remote learning launched for students in mid-April, first with a soft roll-out then with a larger effort to distribute technology and packets to families. Some students still don’t have access to technology. 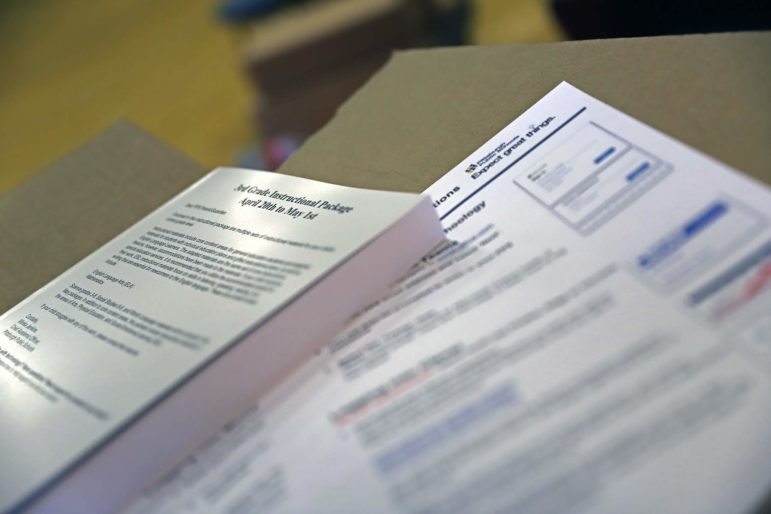 School work packets for distribution at Pittsburgh Obama 6-12 during the COVID-19 shutdown. (photo by Jay Manning/PublicSource)

To date, 8,649 laptops and iPads have been distributed by the district, with distribution continuing through the summer. She said the total new investment, to date, including donations, is just over $3 million. Of the $3 million, about $490,000 came from donations from local organizations. The district serves about 23,000 students and has a $665.6 million general fund budget for the 2020 school year, according to Pugh. This includes a $25.1 million operating deficit.

She said the district is going to be one-to-one, meaning every child will have a device, when classes resume in the fall.

Board Members Kevin Carter and Sala Udin, of districts 8 and 3 respectively, said at an April 29 board meeting that the way the district transitioned was inadequate, noting the pace of equipping students with technology and the quality of materials distributed. At the time, Carter said the district took a “tortoise pace” to move kids online. Udin called the district response “woefully inadequate.”

At that meeting, Hamlet defended the district’s response and said no one was prepared for the shutdown. 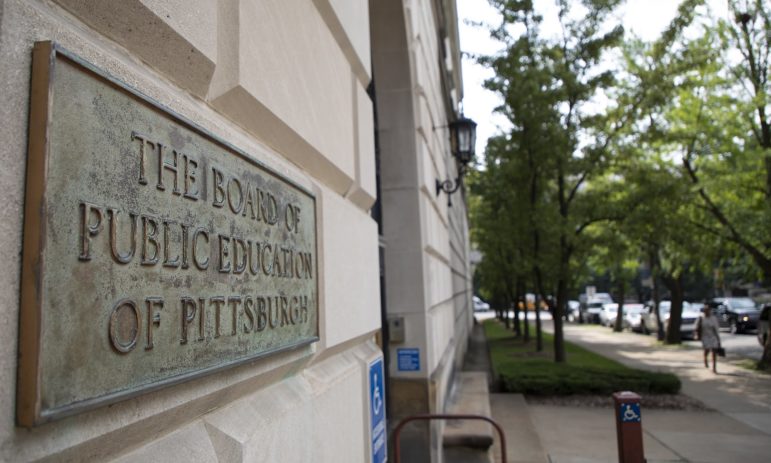 Squirrel Hill resident Felicia Snyder said her daughter, an eighth grader at Pittsburgh Obama 6-12, adapted well to not going into the physical school building each day. However, she was still frustrated with much of the transition and worries for her daughters’ peers who had bumpier transitions.

“I do understand that it was a huge shock to the system,” she said. Still, she expected the district to respond differently, “given that there are a lot of younger teachers in the district and people who have been talking about ways to innovate learning.”

Searcy pointed to multiple foundational issues and said the administrative vacancies are just one which contributed to an inadequate pandemic response.

“This pandemic has caused a further gap in education and learning for not only students, but teachers. And so ... we're going to be that much worse off than we are, than we were,” Searcy said.