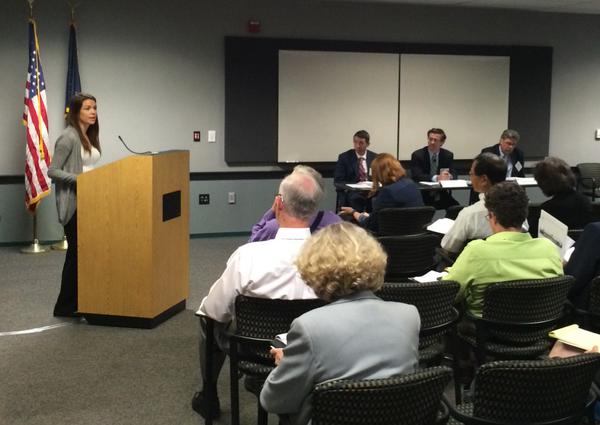 Those for and against the Obama administration’s Clean Power Plan pleaded their cases to state Department of Environmental Protection (DEP) officials this week at the first public hearing aimed at figuring out how Pennsylvania will meet tough new carbon emission limits.

Under the plan, each state has a different goal that, in theory, will contribute to the 2030 goal of the U.S. cutting carbon dioxide emissions from power plants 32 percent below 2005 levels.

Pennsylvania must cut 33 percent of its carbon emissions from 2012 levels within 15 years.

In energy-rich Pennsylvania, much of the attention is being focused on how the coal, natural gas and renewables industries will address making the reductions.

The state’s plan is due to the U.S. Environmental Protection Agency (EPA) by September 2016 and the state has said it needs help crafting the plan. The DEP has 14 “listening sessions” planned over a two-month stretch across the state to gather public comment on how to implement the plan.

PublicSource media partners had reporters at the first meeting held in Harrisburg on Sept. 15.

Twenty-seven speakers representing interests ranging from job creation to clean air, building standards and environmental justice gave a succession of five-minute speeches urging officials from the state Department of Environmental Protection to take their causes into account in its compliance plan – and in a few cases, called for its rejection...

Most speakers backed the federal plan, and urged the DEP to comply by increasing the use of renewable fuels and boosting energy efficiency. Several supporters said the state should not include natural gas in its compliance plan because of concerns over its leakage of methane, a potent greenhouse gas.

DEP Secretary John Quigley said the EPA plan is “ambitious, but achievable” and called attention to the fact that Pennsylvania exports more electric power than any other state; is the second largest generator of electricity; and is now the second largest natural gas-producing state, according to the article.

He pledged that the [natural gas] industry’s interests would be an important part of the compliance plan.

“They are going to play a role in our thinking as we develop the Clean Power Plan,” he said.

The EPA plan requires states to engage low-income and vulnerable communities in having discussions about the Clean Power Plan. Quigley said the DEP will hold 10 of 14 public hearings in areas where 20 percent or more of the population lives in poverty.

An NAACP official at the hearing said that 71 percent of the state’s black population live in communities that fail to meet federal air quality standards, according to the article.

The DEP is accepting public comments at hearings and online until Nov. 12.