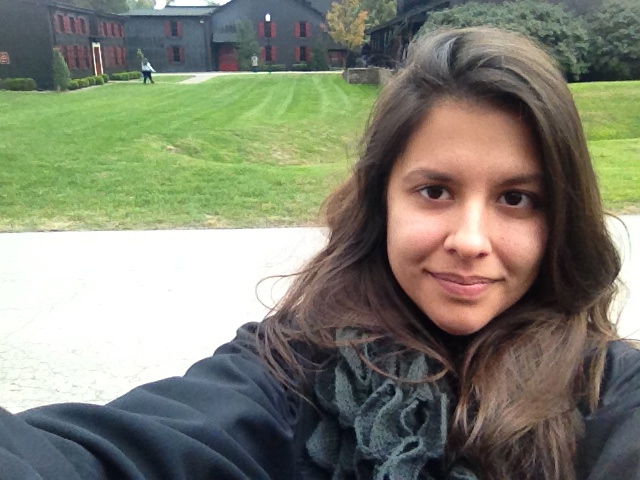 There I was in the middle of Central Kentucky in mid-October, scraping my knees and palms on broken whiskey bottles in a cramped, musty cave.

Why did I wriggle under a fence covered with barbed wire, climb down a rocky cliff and crawl over broken glass, all while trying not to ruin the expensive camera and audio equipment that was dangling from my neck?

Because that’s what you have to do sometimes to get a story.

I followed Nolen Boone, a farmer from New Haven, Ky., into the mouth of a rocky den on his neighbor’s property. He said the cave stretches for a mile underneath part of his 120-acre cattle farm.

Several months ago, Boone was asked by companies proposing to build the Bluegrass Pipeline if they could pay him, possibly hundreds of thousands of dollars, to construct the  pipeline across his property. It would carry natural gas liquids from fracking fields in Pennsylvania, Ohio and West Virginia down to the Gulf.

He said no way.

Boone couldn’t fathom how developers could safely build a pipeline, carrying flammable liquids, that would tunnel through land riddled with caves, streams and sinkholes. He was also angry that the pipeline companies said they have the right to invoke eminent domain — to take a person’s land for public use if the owner refuses to sign an easement.

Many other landowners in Kentucky I interviewed had similar concerns. A proposed pipeline that would transport natural gas liquids from fracking in Pennsylvania, Ohio and West Virginia to petrochemical markets in Louisiana is causing quite a stir in the land of Thoroughbreds and bourbon.

My editor, Sharon Walsh, sent me from Pittsburgh down to Kentucky, her home state, to find out why this particular pipeline project was causing such a stir in the Bluegrass State. And we wanted to show how the shale boom in our region is affecting people in other states.

It was the first time I’d spent seeing Kentucky. I was there for four days doing what we in the industry call “parachute journalism”  — flying into a place for a short time, frantically interviewing as many people you can and hightailing it outta there, hopefully with a good story.

Several things became clear to me while I was there:

No one was going to tell the 63-year-old Boone, a hulk of a man with a lengthy body muscled from spending his days working construction, what to do with land owned by his family for generations -- land where he and his siblings were born in a house on top of a beautiful grassy hill.

The pipeline will tunnel through other states, including more counties in Ohio than in Kentucky. But I just wasn’t hearing about a lot of pushback in other states.

Back in Pittsburgh, I visited Scott Carney, a Williams Co. spokesman (one of the companies building the pipeline), at his office and asked him: Why so much antagonism toward the pipeline builders in Kentucky?

He theorized that the part of Kentucky the company wants to build in is relatively untouched by King Coal, so it doesn’t have as much of an industrial footprint as other regions.

“A lot of it just has to do with their comfort level and their exposure to these types of things,” Carney said.

Some Kentucky landowners opposing the pipeline wanted me to tell them about landowners who have had problems with natural gas drillers in Pennsylvania.

After some of the stories, the Kentuckians looked scared, as if they were thinking, “Please, please, don’t let that be me someday.”

In the coming months it’ll be interesting to see what happens with the eminent domain issue. Will a court or the Kentucky legislature decide if the pipeline developers can really take people’s land for this project?

They might not need to. The developers have said they have more than 40 percent of the easements they need in all the states along the pipeline route.

Either way, it appears this fight will continue in the state of bourbon and bluegrass for a while.