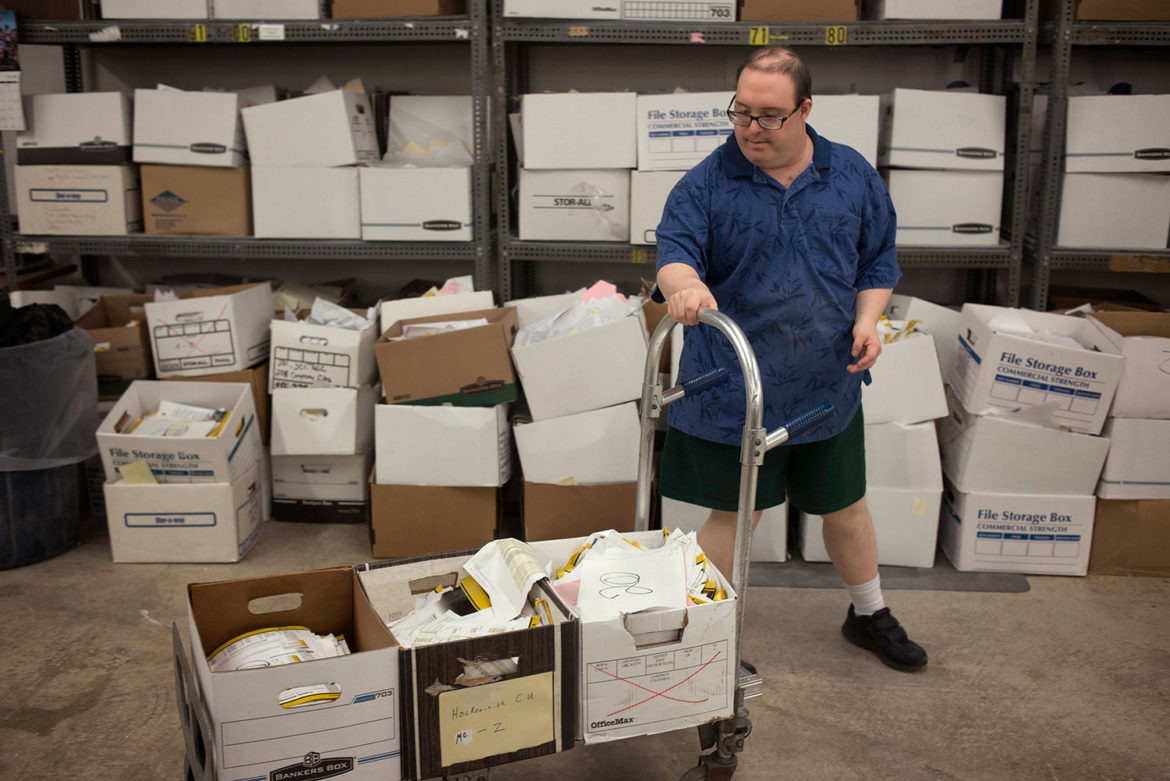 California will develop competitive integrated employment opportunities for people with intellectual and developmental disabilities, and will phase out sheltered workshops.

Many disabled workers who currently work in sheltered workshops are paid below minimum wage.

There is a national movement to prepare people with disabilities to work in integrated settings earning a livable wage, sometimes referred to as “competitive integrated employment” (CIE).  [The state departments] have agreed to develop a plan or “blueprint” to make CIE a reality in California.

Besides the low wages, sheltered workshops are criticized for being segregated environments because, other than a few supervisors, the employees in most cases all have disabilities.

Far ahead of the trend, Vermont closed all sheltered workshops by 2002. As of 2013, 38 percent of people with developmental disabilities in Vermont are employed in the mainstream workforce, which is twice the national average.

Pennsylvania has an “employment first” objective, which means caseworkers are supposed to exhaust all options in trying to find competitive integrated employment for people with disabilities.

However, a PublicSource investigation revealed that there are at least 13,000 Pennsylvanians with disabilities working in sheltered workshops, earning an average of $2.40 an hour.

And only about 15 percent of disabled residents in the Keystone state hold a regular job, according to the 2013 national report on employment services and outcomes by the Institute for Community Inclusion at University of Massachusetts-Boston.

The Pennsylvania Department of Human Services has been meeting with sheltered-workshop employers to discuss how to make community employment “the priority and preferred option,” according to a June email from spokeswoman Kait Gillis.

About 2,600 people in the state are receiving employment services, which includes help finding jobs and job coaching, she wrote at the time.

Two days after Gov. Tom Wolf’s inauguration, the Public Interest Law Center of Philadelphia sent a letter to the new administration, specifically the acting secretaries of the state Department of Human Services  — formerly the Department of Public Welfare  — and the Department of Labor and Industry.

The law group, which typically takes on issues that affect vulnerable or underserved populations, urged the Wolf administration to immediately address the lack of integrated employment for people with disabilities.

The letter emphasized why integrated employment provides a better life for people with disabilities but it also pointed out what it means to the average taxpayer.

The California disability advocacy group highlighted a success story to show how integrated employment can change the lives of people with intellectual and developmental disabilities:

Although Charles [McCarron—a 45 year-old man who wanted to work in the food-service industry from the time he was a teenager—] graduated from his high school special education program, he was unable to get a job in the community.

Instead, he worked in a sheltered workshop earning about $.33 per hour.  Years later, with appropriate job development and coaching services, Charles now works at Farrell’s Ice Cream Parlor, earning $10 per hour.

Disability Rights California says it will work with the state over the next six months to guide the transition toward integrated employment. They plan to establish how the departments will work with each other and the community to promote integrated employment. The statement shows they also intend to propose a permanent overhaul to the state’s policy and law on employment matters for people with disabilities.