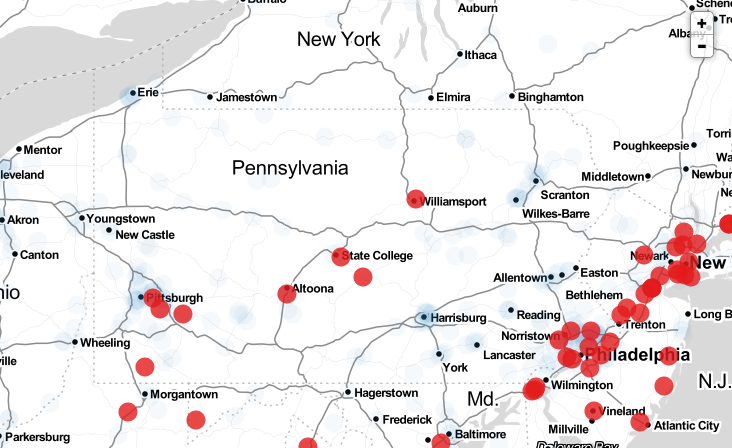 Hospices traditionally step in at time when patients and their families are most vulnerable, with promises of comfort and respect for the last wishes of the dying.

But a Huffington Post investigation found that since the hospice industry ballooned into a $17 billion industry in recent years, the one million-plus patients who die in U.S. hospices annually have become just another number.

Mounting evidence indicates that many providers are imperiling the health of patients in a drive to boost revenues and enroll more people ...

Every day, hospice marketers descend on doctor’s offices, rehab centers and hospitals. These workers have been known to rifle through patient logs at nursing stations, scramble to sign up what some in the industry call “last gasp” patients — people with just hours left to live — and even scuffle with each other in hospital corridors over the right to sign up dying people, according to current and former hospice employees and allegations made in federal lawsuits.

To make matters worse, the more than 4,200 hospices in the country aren’t being inspected regularly.

About 865 haven’t had a full certification inspection for six or more years, according to Medicare survey data analyzed by the Huffington Post.

Fourteen hospices in Pennsylvania haven’t had a full certification inspection in six to 10 years, the data show. The majority are in the Pittsburgh and Philadelphia areas, but a few dot Central Pennsylvania.

The average hospice in Pennsylvania, home to more than 100 hospices, hasn’t had a full certification inspection in three years.

The infrequency of inspections does not mean that hospices are operating in perfect accordance with Medicare rules. In 2007, the inspector general for the Department of Health and Human Services found that 46 percent of hospices inspected over a three-year span had been cited for a safety or patient care violation.

Odyssey Healthcare of Philadelphia in Blue Bell, Pa., had the most violations of the state’s hospices that were not regularly inspected. It’s been more than eight years since Odyssey’s last certification, according to the data.

The for-profit hospice was cited in 2004 with 22 violations related to written care plans for patients and staffing.

In May, a Washington Post investigation found that one in six hospices had not provided crisis care to tens of thousands of patients in 2012, failing to deliver the end-of-life care they promised.