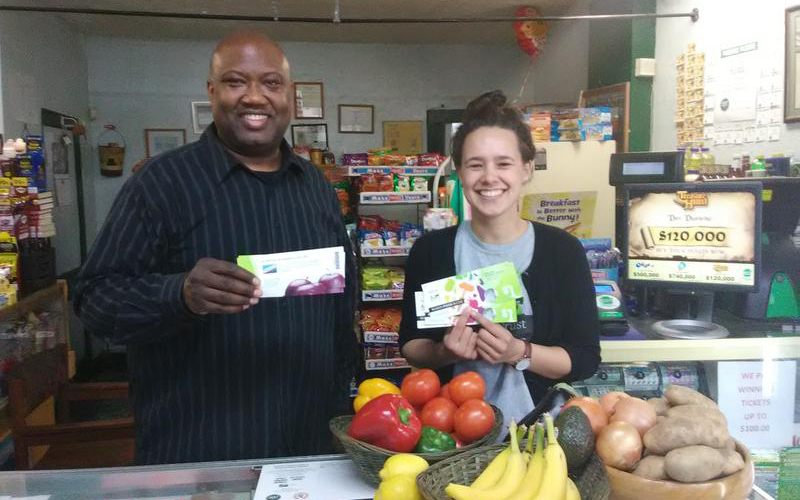 Garisha Peoples stands in the kitchen of her first-floor Rankin apartment while preparing a russet potato for lunch. She cuts off the ends of the fist-sized tuber and then pops it in the microwave.

“I’m a potato fan. I like homemade french fries. I like the baked potatoes. I make cheesy potatoes. I do a lot with potatoes,” she said.

It's the last of the russet potatoes she purchased with Food Bucks, a program that helps those who qualify for the Supplemental Nutrition Assistance Program, or SNAP, to buy produce. Recent data show more than 153,000 people in Allegheny County are enrolled in SNAP and are, therefore, eligible for Food Bucks.

As part of a food access series produced in partnership with PublicSource, 90.5 WESA reporter Sarah Boden reports on the Food Bucks program, which provides people who receive SNAP additional access to produce.

In addition to the potatoes, Peoples also bought mushrooms with the Food Bucks, and she said next time she may pick up bell peppers.

Currently, only nine stores in Pennsylvania, including three in the Pittsburgh area, accept Food Bucks.

There’s a Shop N’ Save in the Hill District, Dylamato’s Market in Hazelwood and the newest addition, Carl’s Café, which is only a three-minute walk from Peoples’ apartment. The small neighborhood convenience store started with the program in January and has netted the shop $203 so far.

With a scarlet red door and advertisements for Little Debbie cakes and Faygo soda plastered on the facade, Carl’s Cafe is hard to miss. Recently, shelves of sweets and sodas were rearranged to make room for more nutritious options.

“From bananas and apples and oranges to avocados to eggplants, you name it, we’ve got just about everything,” said owner Carl Lewis.

Every time someone spends $2 in SNAP benefits at Carl’s, they get a dollar back in Food Bucks, which can only be used for produce. Lewis said it’s been a hit, especially for broccoli. 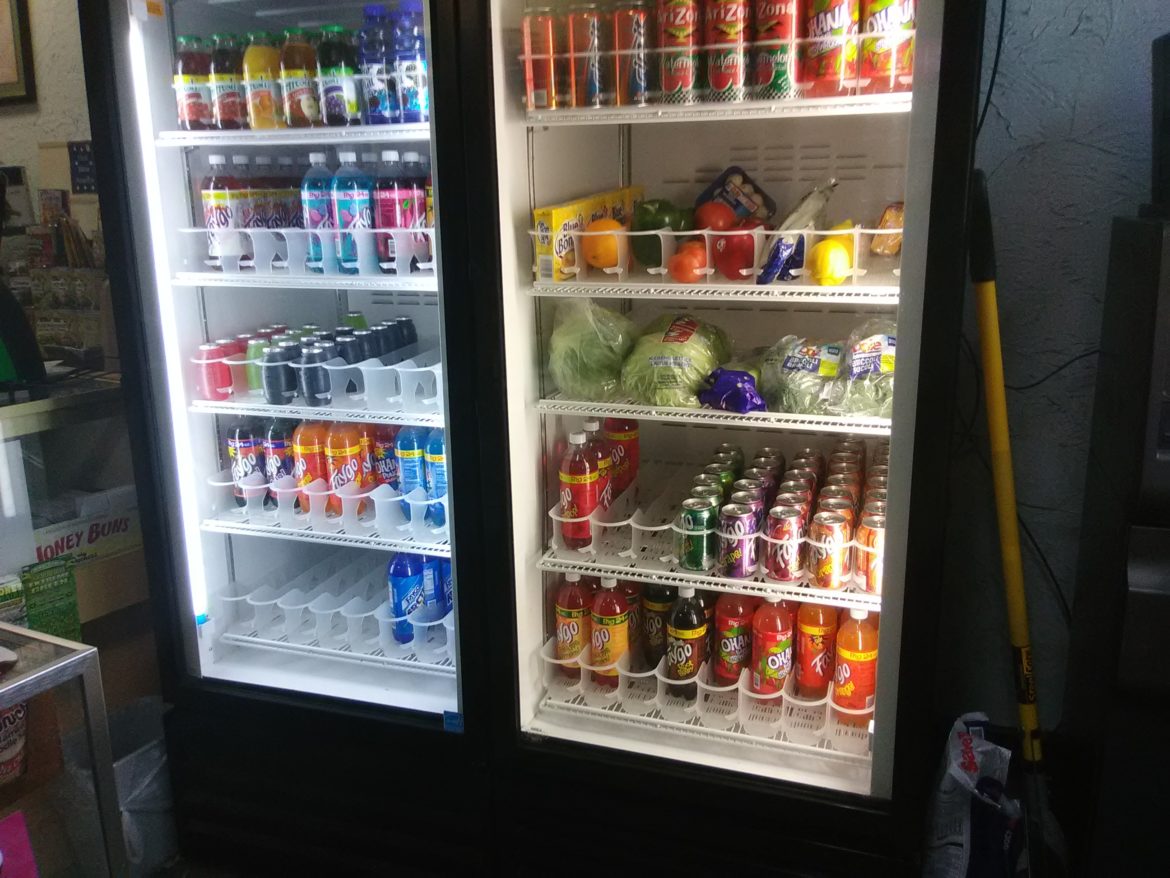 The refrigerator case at Carl's Cafe now holds a variety of produce along with soft drinks. (Photo by Sarah Boden/90.5 WESA)

“I didn’t have that in the beginning, and now I have to stock it every day because I have a lot of customers who really like it,” he said.

The Food Trust, a Philadelphia-based nonprofit, started the Food Bucks program there in 2010. Emily Schmidlapp, the organization’s Pittsburgh Food Bucks coordinator, said that while people who qualify for the program are already receiving SNAP assistance to buy groceries, that support often isn’t enough.

"Something that’s neat about this program is that I can come in early in the month and buy my milk, and my bread, and my soup, and my more kind of stable items,” she said. “Then later in the month, if I don’t have any benefits left on my card, but I have a whole stack of Food Bucks at home, that means I’m going to be continuing to eating healthy food throughout the whole month.”

Most of the funding for Food Bucks comes from a U.S. Department of Agriculture's Food Insecurity Nutrition Incentive grant. At first, the program only existed at farmers markets, including 22 in the Pittsburgh area. But farmers markets have limited hours.

Now, Food Bucks is expanding into brick and mortar stores like Carl’s, in areas where it’s difficult to find quality, reasonably priced fruits and veggies. Schmidlapp said the whole neighborhood benefits, including those who don’t use SNAP.

“This is bringing additional revenue into the store,” she said. “It’s enabling Carl to carry more produce, and that benefits me if I’m coming in and spending cash, ‘cause I still have a bigger selection of produce to choose from.”

Shop owner Carl Lewis says the program has also transformed his relationship with his customers.

The Food Trust said it's looking for more grocers, big and small, to partner with in Pittsburgh to expand the Food Bucks program, so that regardless of where someone lives they have access to fresh produce.

90.5 WESA reporter Sarah Boden can be reached at sboden@wesa.fm.