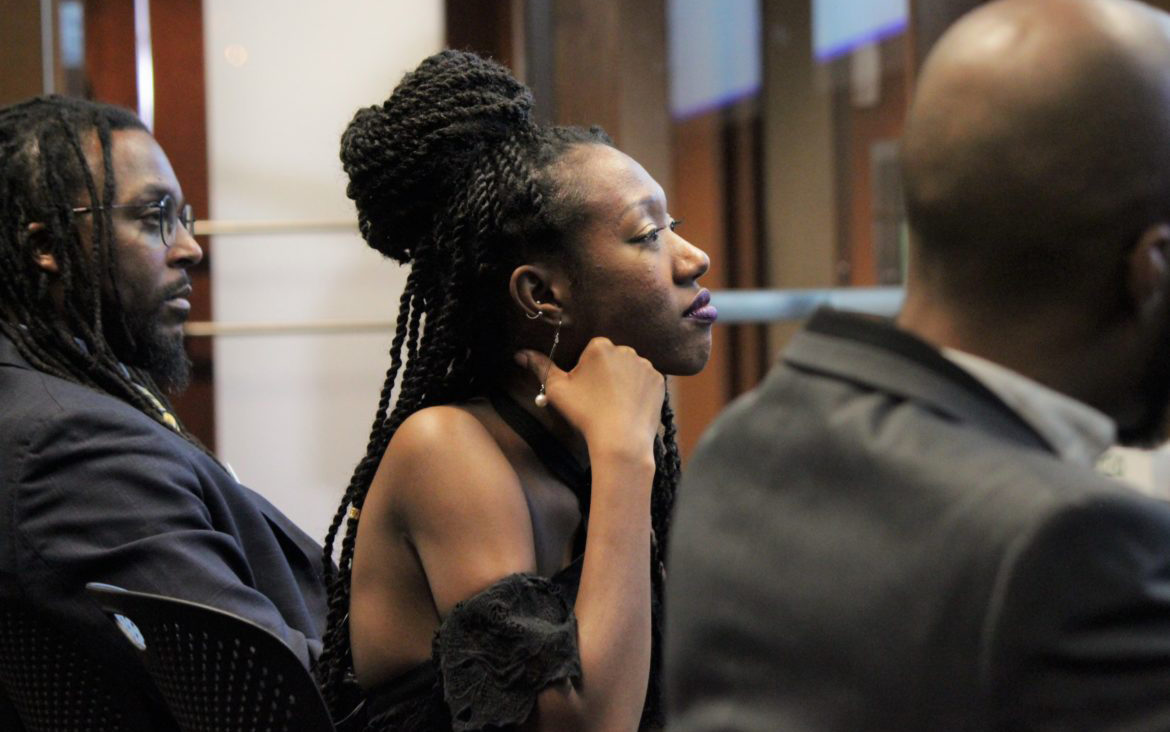 Pittsburgh-area residents Cassandra Brown and her husband, Curtis, have worked in tech for at least 15 years. They own Jireh Mobile, which they say was the first African American-owned mobile company with ringtones on iTunes and Android. Despite that accomplishment, Brown said it took a long time to find similar successes and notoriety within their own hometown.

For that reason, the couple is excited to see change could be coming for black techies in the Pittsburgh region.

“It's very refreshing to see someone who is very excited and who’s trying to break that glass ceiling that there seems to have been,” Cassandra Brown said. “We haven’t been able to make that kind of headway.” 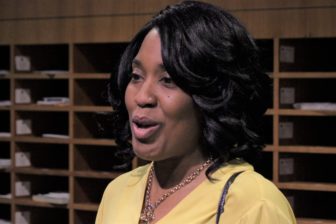 Pittsburgh-area residents Cassandra Brown and her husband, Curtis, have worked in tech for at least 15 years and own Jireh Mobile. (Photo by Kyle Hupman/PublicSource)

Throughout an event Thursday evening, many participants said some version of this: It took an outsider with fresh eyes to call out the disparities in Pittsburgh’s tech scene. It took a young person to bring change. That someone is Kelauni Cook.

The event at Carnegie Mellon University’s Gates Hillman Complex was organized to celebrate the launch of Cook’s brainchild, Black Tech Nation. Black techies — among others interested in the mission of uniting and supporting black people working in the tech sector — enjoyed cocktails and hors d'oeuvres before Cook kicked off a presentation.

She came to Pittsburgh to participate in the Academy Pittsburgh Coding Boot Camp, an educational program targeting minorities and women. Cook said the 12-week program was “the most intense thing I’ve ever done in my life.” She graduated and quickly got contract work at the Washington Post as a software engineer. While working at the Post and living in Pittsburgh, she started to immerse herself into the tech scene here.

“I found very quickly that I was often the only black female in these spaces,” Cook said.

She said that, at the time, she was one of two black women in her entire department at the Washington Post. She wanted to do something about it. She wanted to find other techies who looked like her. 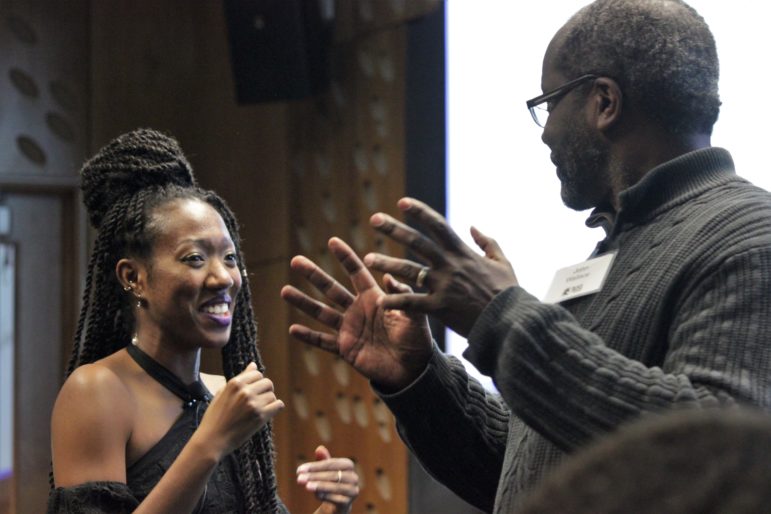 Kelauni Cook, founder of Black Tech Nation, and John Wallace, professor at the University of Pittsburgh School of Social Work, at the Thursday evening launch of the group supporting black people in Pittsburgh who work or want to work in the tech sector. (Photo by Kyle Hupman/PublicSource)

Cook thought the roundtable discussion she organized in April 2017 would have a modest turnout of 10 to 15 people, but the event entitled “Where is Black Tech in Pittsburgh?” was attended by 80 of Pittsburgh’s most successful black entrepreneurs, city council members, city officials and techies. Cook was shocked.

Shortly thereafter, Cook found herself not only in the Pittsburgh spotlight, but national media started knocking, too.

Black Tech Nation now focuses on bridging the gap between black “techies” and America’s mainstream tech community. One of her big goals for 2018 is to help fund and facilitate actual research on how many black people are working in the tech industry in Pittsburgh. Cook says once that sort of data is published, Pittsburgh can begin to take a step in the right direction. Cook said there is research and data about Pittsburgh and diversity, “but not specifically black tech.”

Education is another mission for Black Tech Nation.

“Where are the channels for young high school kids? Even babies, kindergartners?” Cook asked her audience.

She said that if Pittsburgh and the nation want more minorities in tech, then exposure needs to start happening at a young age. Kids need to know they have tech as an option and they have to be interested, too. 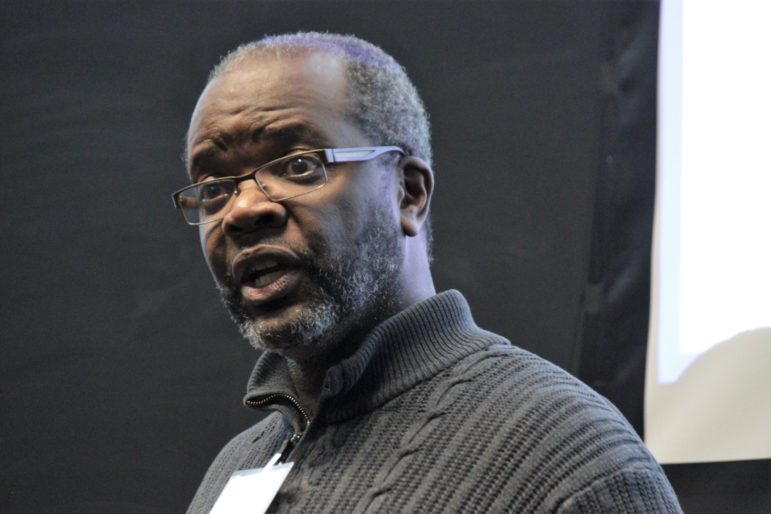 John Wallace is a professor at the University of Pittsburgh School of Social Work. (Photo by Kyle Hupman/PublicSource)

John Wallace, professor at the University of Pittsburgh School of Social Work, endorsed Black Tech Nation and talked about the importance of education for black youth. He started his story by telling the audience that his great-grandfather was a slave. A generation later, his grandfather worked for U.S. Steel and when he asked to become foreman, he was denied.

“[His supervisor told him] we can’t have a black man giving white men orders,” Wallace said, “so, for 42 years he worked in the coke ovens. Forty two years.”

“And immediately tears in my eyes because I realized it was from his father the slave, to him who was unable to be a foreman...to his grandson graduating from University of Michigan with a Ph.D.”

Wallace said it was the power of education that transforms families and generations. After graduating from Michigan, he returned home and works to educate youth in Homewood on tech skills and opportunities through programs of the Homewood Children’s Village.

“Seeing the opportunities that education afforded me . . . education transformed my life.” 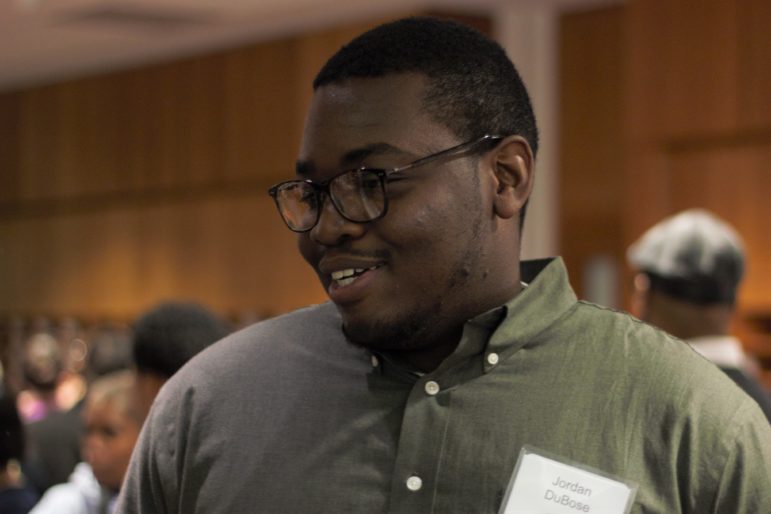 Jordan DuBose, who works in information technology at UPMC, attended the launch and said that IT is always changing, “It's a constant reminder that you have to research and keep learning.” He is also working towards his master’s in business administration at the University of Pittsburgh.

DuBose wants to lead by example for the generation of black techies to come.

“I thinks sometimes in Pittsburgh, it’s hard being an African-American male. [It’s hard to find] an image of what it’s like to be successful in the tech industry. I’m trying to be that for people who are coming up after me. I didn’t have any role models. I think there is room for improvement as far as being more inclusive in the technology industry.”

Black Tech Nation’s goal this year is to raise $100,000. They are planning more events through spring to help garner more sponsorship, but also to provide more space to black tech workers in the city.

Cook appealed to Pittsburgh as a whole, citing Mayor Bill Peduto’s mantra, “If it is not for all, it is not for us.” Cook said she loves that phrase:

“That is something that is important to the city. So, as far as the government, you guys lead by example. We’ll follow in your footsteps as far as how you want to run your city. So, if you really are about inclusion like you say, then supporting an organization like this is really, really saying we’re including African Americans, and we want our African-American population to have the opportunities that they deserve. So yeah, that’s what's in it for all of you.”