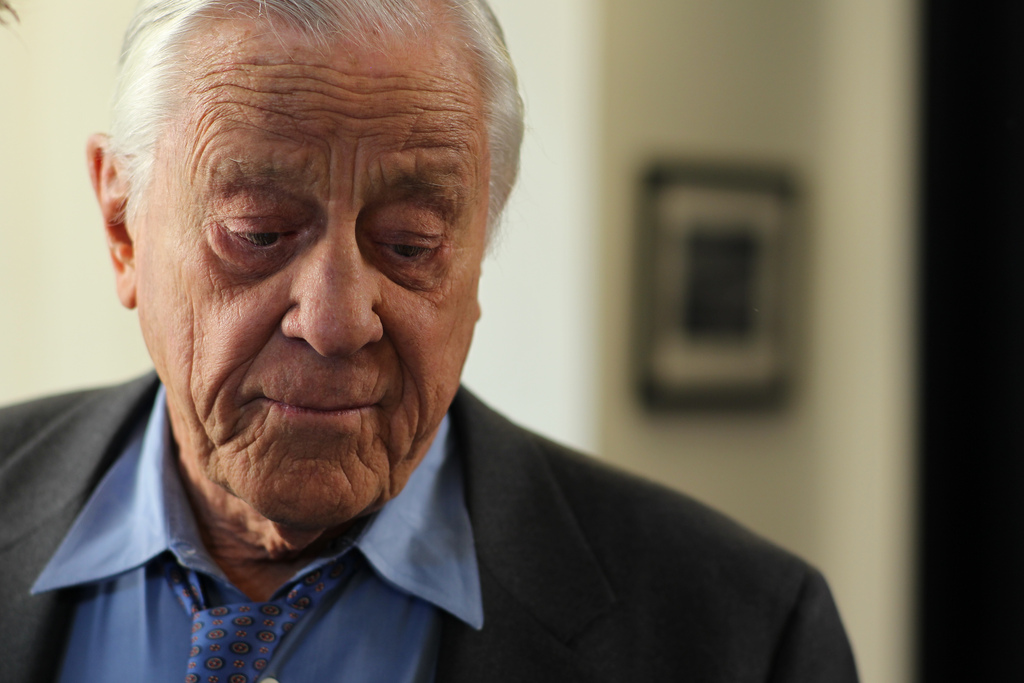 There have been many eloquent tributes to Ben Bradlee, the consummate editor, charmer, lion of the Washington Post newsroom and editor during Watergate, who died last week at 93.

Certainly, every one of the hundreds of reporters he hired has at least one anecdote that speaks to his scintillating presence.

It took two years from the time I applied until I received the call in 1982.

I’d left Washington to join the Philadelphia Inquirer under another great editor, Gene Roberts, who turned the Inky, as insiders call it, into a paper that hired the best and brightest, gave them free rein and won 17 Pulitzer prizes in 18 years.

Roberts and Bradlee were as different as two men could be. Bradlee, a Brahmin with an ability to outsmart and outprofane anyone, made you tingle when he strode through the newsroom. Jason Robards, who played him in “All the President’s Men,” couldn’t hold a candle to him.

Roberts, a slow-talking North Carolinian, who walked around with a glass of tea that I thought for months was Scotch, was reticent and rambling, though a brilliant editor.

There were many who waited longer than two years for a call from the Post. I’ve heard tales of people coming for interviews and sitting around for hours while news editors and even the great one himself were off doing more important things than talking to someone who probably wouldn’t make the cut anyway.

A gauntlet of editors interviewed each prospect, one-on-one. It was an exhausting affair that makes me tremble to think about it even now.

A few days later, the phone rang and Tom Wilkinson, the former head of human resources and a Bradlee confidante, was on the other end of the line.

“Time for the only interview that matters,” he said. “Ben wants to meet you.”

Whether Ben actually wanted to meet me or I was simply put on his schedule is an open question, but I went in and waited only briefly outside the glass-walled office that made you feel that everyone in the newsroom was peering in.

Ben sat in the way I always see him in my head: his tie loosened, the cuffs of his Turnbull & Asser shirt rolled up, his feet on the desk. Howard Simons, then the managing editor, was at his side. After a few minutes, the phone rang. It was about Bradlee’s son Quinn, who had recently been born with a hole in his heart. It was good news. He smiled and banged on his desk.

Then, he got back to me. Eventually, he noted that I hadn’t been married long. “Plan on having kids anytime soon?” he bellowed.

I was young, a feminist and had heard that Ben could be as sexist as they come. And I was probably more confident than I should have been.

"Mr. Bradlee, you and I both know that's an illegal question and I wouldn't want to get you into trouble," I said.

There was a long pause.

I saw the blood drain from Simons' face and recognized that I might have just missed my chance to work for this man at this paper, both already legendary.

"Fortunately for you, I like sassy broads," he said with a characteristic twinkle.

He then launched into a diatribe about how one of his national editors, Judy Havemann, and his city editor, Claudia Townsend, were both pregnant.

What was he supposed to do? he asked.

I mumbled something about figuring out a way for men to have babies.

I can't remember, oddly, whether he hired me on the spot, though I certainly knew from his face that I was in.

That’s the thing. Ben could be profane, sexist, insulting and outrageous, as well as brilliant, charming and engaging. But, somehow, you could forgive him in situations where you would not have forgiven someone else.

I think we recite these stories to keep him with us, to hold in the warmth of the glow from him, for as long as we can.

For many of us, the proudest day of our professional lives was the day we were called into that office, scared and hopeful, and came out saying that we were going to work not just for the Washington Post, but for Benjamin Crowninshield Bradlee.

It was for me.

Sharon Walsh is the editor of PublicSource. She worked at the Washington Post for 17 years as an editor and reporter. She can be reached at swalsh@publicsource.org.