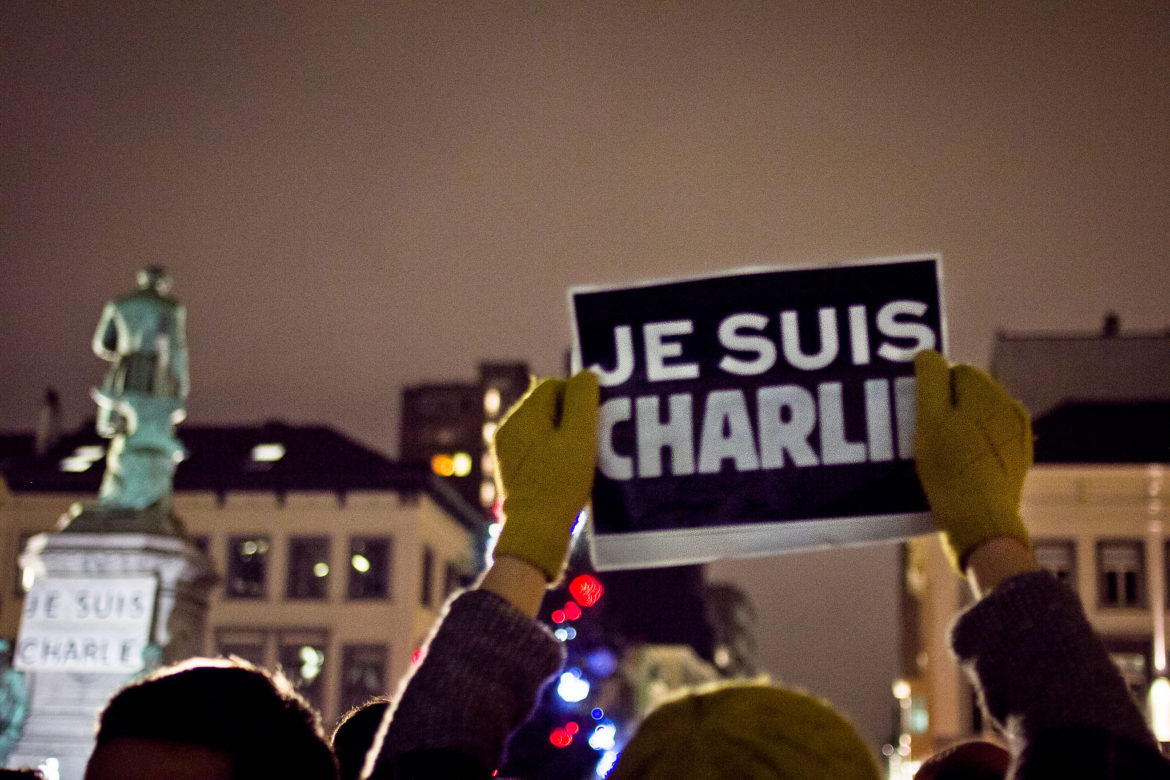 The brutal terrorist attack on the French satirical weekly Charlie Hebdo in Paris has shaken France and elicited fervent discussion around the subject of freedom of speech.

“This attack was an assault on freedom everywhere,” read a message on social media accounts by the American Embassy in Paris on January 7th.

Elizabeth Blair of NPR, said on Morning Edition, that satire is in danger:

The genre is already treated skittishly by media companies, as seen in Sony Pictures' initial decision to pull the North Korea-mocking comedy The Interview following hacking and threats of violence.

And when the TV cartoon South Park was planning to depict Muhammad in an episode, "it didn't require anyone physically attacking the Comedy Central offices for somebody to get nervous and say, 'Oh, you know, this isn't worth it,' " and censor the offending image, says [James] Poniewozik, [a senior writer at Time magazine].

Suppressing freedom of speech with violence is an attack on everybody from satirists, journalists and anyone with a voice. It can destroy the very principles of Democracy.

After a firebombing in 2011 at the Charlie Hebdo offices, and continuing threats, according to its editor-in-chief, the staff of the weekly never eased up. "We have no choice," he said. "If we [cease] to publish, we are dead."

According to the Guardian:

Surviving staff members of Charlie Hebdo have vowed to publish the satirical weekly next Wednesday, despite the murder of most of its senior journalists – with a much larger than usual print run of 1 [million]  copies.

Other French media are also said to be working to contribute to the magazine.

There has been a great deal of discussion in the U.S. press about whether to print the cartoons and other materials published by Charlie Hebdo. The New York Times, The Washington Post, USAToday and others said they would not publish it.

NYT columnist David Brooks wrote, in a column entitled “I am not Charlie Hebdo:”

The first thing to say, I suppose, is that whatever you might have put on your Facebook page yesterday, it is inaccurate for most of us to claim, Je Suis Charlie Hebdo, or I Am Charlie Hebdo. Most of us don’t actually engage in the sort of deliberately offensive humor that that newspaper specializes in.

And the fact is that few might have thought this particular form of speech worth dying for, according to many who have seen the magazine.

However, in a united effort to save the Charlie Hebdo, the French media groups involved in the distribution of the magazine will take no fee.

Patrick Pelloux, a doctor who contributed to the weekly, spoke in an interview with French TV channel i-Télé, of his efforts to save his colleagues as a first responder on the scene.

He said, “Charlie Hebdo would continue as otherwise the killers would win and the victims would have died for nothing.” He spoke of the importance of support for values of justice and equality.

Pelloux said, “We are all suffering, with grief, with fear, but we will do it anyway because stupidity will not win.”

In France, “Je suis Charlie” – “I am Charlie” – has become a viral message on social media and in headlines and the signs of protesters to show solidarity in defense of freedom of speech.

The U.S. made movie “The Interview” ended up with more than a million more viewers than anticipated because of North Korean rhetoric and the initial pulling of the movie from theaters.

Now it appears that a magazine most people outside of France never heard of will soon be read by millions around the world.

French police reported on Friday that the brothers suspected of the attack on Charlie Hebdo had been killed, according to the New York Times.

Pamela Goldsmith is the Director of Communications at PublicSource. She can be reached at pgoldsmith@publicsource.org.