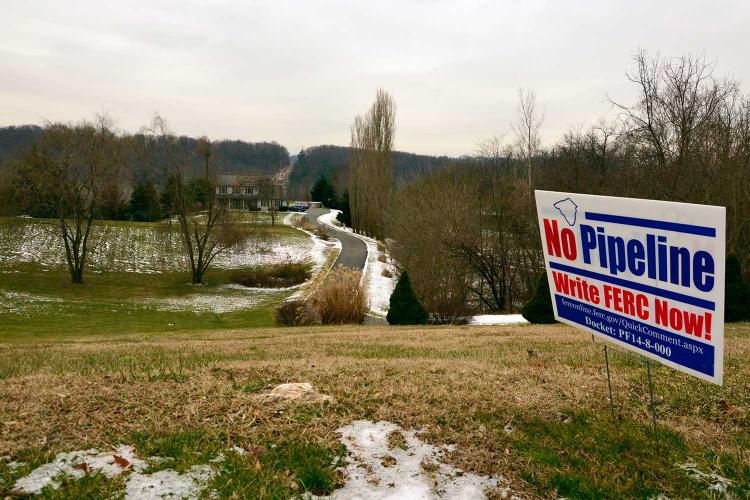 Williams, the company behind the Atlantic Sunrise Pipeline, has officially filed its application with federal regulators to build about 200 miles of new pipeline in Pennsylvania.

Currently, there aren’t enough pipelines built to move gas produced in the Marcellus and Utica shales to other markets. The project is just one of many big pipeline projects in the works to move the glut of gas.

If built, the Atlantic Sunrise would move gas from northeastern Pennsylvania to the eastern seaboard.

The pipeline has faced intense opposition, especially from groups and residents in Lancaster County, since a pre-filing was made more than a year ago.

PublicSource recently wrote about Native Americans protesting the pipeline. Farmers, environmentalists and local residents oppose it and cite concerns about the environment, safety and property values.

Williams has made several changes to the pipeline’s route in response to public feedback, according to StateImpact PA.

“The construction and operation of the proposed facilities will not have a significant impact on human health or the environment,” Williams wrote in its application. “The public benefits of the project are far more substantial than the potential adverse effects.”

The company seeks approval from the Federal Energy Regulatory Commission (FERC) by April 2016, so the pipeline can be up and running by July 2017.

To see new maps of its proposed route, check out the pipe’s FERC filing here and search for docket number CP15-138.