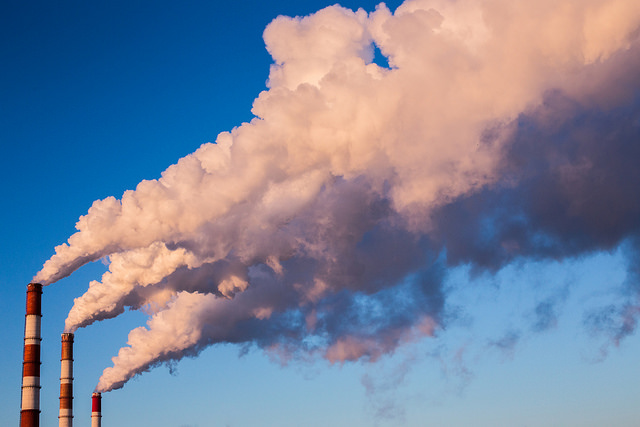 More than two dozen states are appealing to the Supreme Court to block President Obama’s Clean Power Plan, and, despite the lofty goals set for Pennsylvania in the plan, the state is not among those fighting it.

Twenty-six states, including West Virginia, Texas and Ohio, have leapfrogged lower courts and petitioned the country’s highest court to review their challenge of the Clean Power Plan, which was finalized by the U.S. Environmental Protection Agency (EPA) in October.

The plan aims to reduce carbon emissions from power plants by 32 percent from 2005 levels by 2030. The final report from the EPA said the rule would affect “1,000 fossil fuel-fired power plants and 3,100 units.”

In Pennsylvania, the state must reduce its carbon dioxide (CO2) emissions by 33 percent from 2012 levels by 2030.

The EPA is requiring all states to produce a plan for reducing CO2 levels by September. States can apply for an extension until 2018, but the petitioning states want to push the date back even farther.

On Thursday, Jan. 21, the District of Columbia Court of Appeals announced its denial of the request by states and interest groups to postpone enforcement of the plan’s regulations.

Pennsylvania Gov. Tom Wolf has been supportive of the plan and has also put forth plans to reduce other kinds of emissions that have been found to be damaging to the environment or public health.

In a press release from August 2015, Wolf said the plan outlined “ambitious but achievable” goals. Wolf said he was committed to finding “fair and smart ways” of both reducing CO2 and calming resident’s concerns.

Pennsylvania is a leader in energy, and we need to do everything in our power to advance the next generation of energy production while protecting jobs in Pennsylvania. Clean coal is a part of our energy portfolio, as is natural gas, solar, wind, and other sources of power, and all of this has to be part of a comprehensive strategy.

Just last week, Wolf announced his plan for the state to reduce natural gas emissions by focusing on the prevention and reduction of methane leaks.

According to a Pennsylvania Department of Environmental Protection (DEP) report released this month, Pennsylvania produced 1,682 pounds of CO2 per megawatt-hour in 2012. In the air, sources in the state released 117 million tons of CO2 emissions the same year.

Under EPA regulations, the DEP hopes to lower annual CO2 rates to 1,095 pounds per megawatt-hour and annual emissions to 90 million tons by 2030.

In constructing its plan, the DEP is hoping to answer questions about how to efficiently and profitably reduce CO2 emissions, how to maintain a variety of fuels, and how to prioritize indigenous resources, according to the DEP report.

In September 2015, the DEP began accepting public comments and suggestions for how to tackle these goals.

After a 60-day comment period, the DEP received 3,000 comments from the public — 273 of which were personal testimonies from listening sessions that the DEP hosted.

The Pennsylvania Public Utility Commission (PAPUC), a coalition that works to help consumers and providers of utility services, submitted a comment to the DEP that emphasized that, in order to keep costs down, the state must continue sourcing from its own grounds.

The PAPUC’s position is that a key element of PA’s [State Compliance Plan] must be the preservation of existing benefits derived from the state’s varied generation resources and fuel mix. If PA is able to design a state plan that accomplishes these objectives, the Commonwealth should be able to preserve its status as a net exporter of electricity.

Back in August, DEP Secretary John Quigley said in a press release that they were committed to maintaining that status.

Although Pennsylvania is on board with the federal regulations, the 26 states that petitioned the Supreme Court claim that the EPA is “circumventing the judicial rule” and “targeting the States.”

From the court document:

...the Plan will continue to unlawfully impose massive and irreparable harms upon the sovereign States, as well as irreversible changes in the energy markets… These federally mandated efforts are forcing States to expend money and resources, displacing the States’ ability to achieve their own sovereign priorities, and requiring some States to change their laws to enable or accommodate a “shift” from fossil fuel-fired generation to other sources of energy.