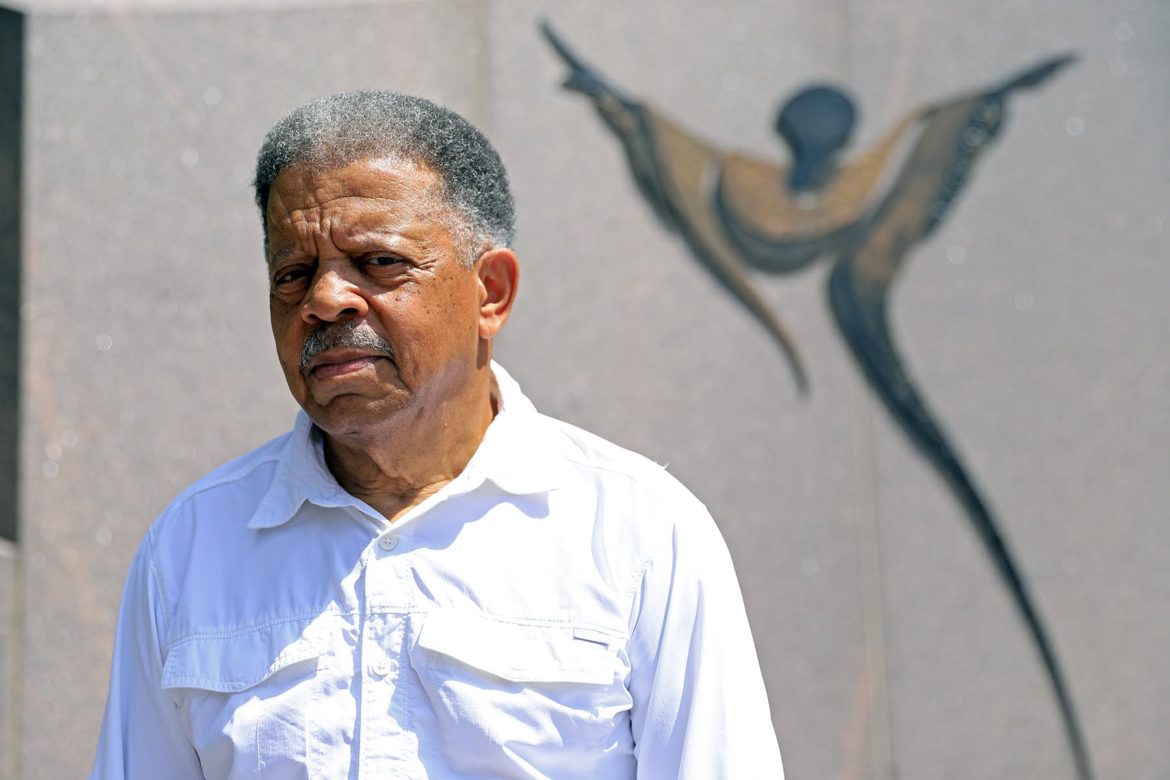 In the days following the April 4, 1968 assassination of civil rights leader Martin Luther King Jr., Pittsburgh’s streets filled with protesters and angry rioters. Seven days of riots were spurred by shock and disbelief that the man who utilized non-violence to fight for justice had become a victim of violence himself.

The pain and frustration was undergirded by the poor economic conditions and deep racism felt by Black residents across the country. In comparison to other cities, the destruction was less severe in Pittsburgh. Casualties included one death and 36 people injured, along with more than 1,000 arrests. After news of King’s death hit the airwaves, the impact was immediate. By 10:30 p.m., glass and debris from broken storefronts were strewn along Centre and Fifth avenues.

Fifty-two years later on May 25, 2020 police in Minneapolis responded to a call about a Black man allegedly attempting to pass a counterfeit $20 bill. Police pinned George Floyd to the ground, while a bystander filmed from the side. And there for the whole world to see, the life seeped out of Floyd as he repeated that he couldn’t breath while officer Derek Chauvin calmly pressed his knee into his neck. All the while, three of his fellow officers stood around with their hands in the pockets.

Days of protests broke out – across the country, and in Pittsburgh — and like 1968, some of them included violence and significant property damage. Unlike 1968, social media also streamed the violent crackdown by police across the country — including the controversial use of gas on protesters locally — and while the riots lasted seven days in 1968, demonstrations have been going on for more than a month since Floyd’s death.

Carlos Peterson, 70, a local technical artist who notably is the designer of the “Spirit Form” sculpture at Freedom Corner in the Hill District, was 18 in 1968. He vividly recalls what he was doing when he learned of King’s assassination.

“I was living with my brother Paul at that time. He was just home from Vietnam, and we had no TV, so it would be the next day before I found out. At school, a special assembly was called for us, and they brought in some folks from the NAACP to give us the news. Of course, the riots, looting and destruction started by that time.”

“When I think about that time, and how later we looked around and the neighborhood was so devastated after the riots, it took a while before realizing that we had literally destroyed our own communities — I believe it was because we had no knowledge of who we were or what our history was.” 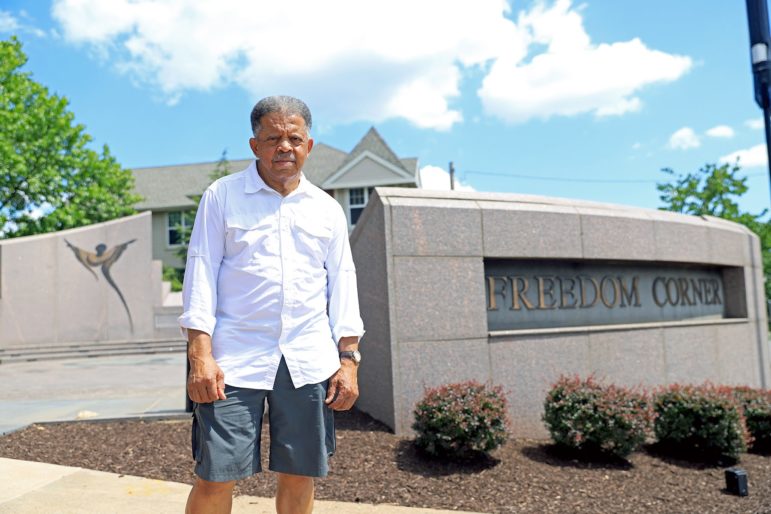 Peterson felt that if youth had been taught Black history they would have had a greater respect for the community. And even though there were a few students who understood what was missing from school, he said, Black history wasn’t being taught. "I was not taught in my home about myself as a African American," he said.

In 2020, Peterson points out that “current protesters did not destroy one thing in the Black neighborhood — they went Downtown, this was a big difference — I believe it is because there has been more intense education around our Black History.”

In Pittsburgh, a largely peaceful protest on May 30 escalated into a chaotic scene with police deploying gas and other crowd control agents on demonstrators. They made numerous arrests. Vandalism included the destruction of police cars and shattering of storefront windows. Police on June 1 again used gas during a demonstration that had been peaceful in East Liberty, an action now subject to a federal lawsuit filed by protesters. Demonstrations in the month since have been peaceful across the region.

Peterson notes that recent protests came after the loss of control felt by communities locked down for more than two months due to COVID-19, and after residents felt priced out of their neighborhoods after years of gentrification. And then there’s the repeating deaths, not just of Floyd, but of Ahmaud Arbery, Breonna Taylor and others.

“This rage had taken on an entirely different pallor than it did 52 years ago,” he said. “I see the depth of the rage as the biggest difference.”

Tamanika Howze of the Hill District was 19 in April 1968. She was meeting with members of Black Sisters United in the home of one of the members. She was in disbelief when a young man entered telling them what happened, they were in disbelief.

“We ran upstairs and turned on the television—there we saw it and we immediately hit the streets,” Howze said. “Things had already started.”

Comparing 1968 to now, Howze notes that while there were many underlying issues around inequality, the trigger to the anger and rage and frustration was brought on by the assassination of King. Today, the protests stem from an ongoing broken system — one that has shown us regularly that racism is real, it’s systemic, and that “as African Americans we are expendable and essentially not valued. And this is made more abundantly clear each day.”

During the 60s, organizing major demonstrations took time. In our current world of social media organizing is more instantaneous, she said, and getting the word out and the details of the planned protest can happen within hours.

Retired Pittsburgh police officer Brenda Tate, was also 19 at the time. She and her then-husband were coming home from an evening out at a local bar when they observed a flurry of activity out on the streets of the Hill District. They passed a Jewish meat market on Wylie Avenue whose windows had been smashed – people were coming in and out of the broken windows with meat in their hands.

She approached the crowd to find out what was going on. It was then that she learned of King’s death.

“It took till I got home for that news to sink in and just how devastating it was for Blacks in this country,” Tate said. 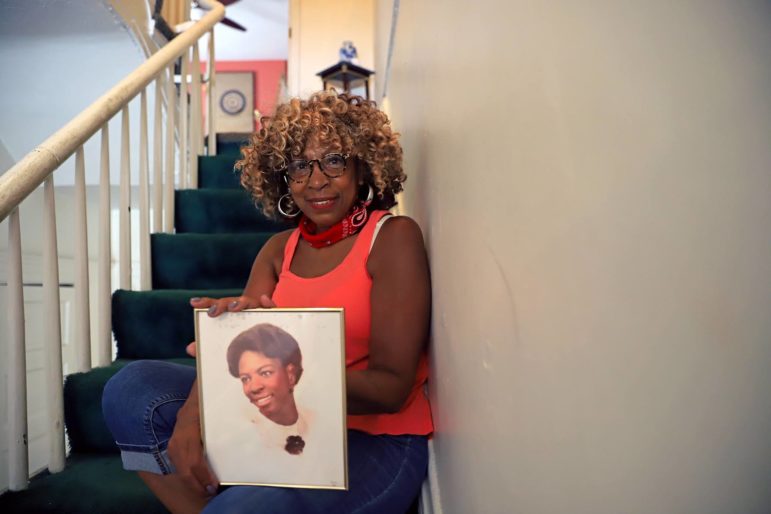 Brenda Tate is holding a photo of herself as a teenager in her home in the Hill District. (Photo by Jay Manning/PublicSource)

In her view, the most significant difference between today’s demonstrations and 1968 is the brutality of Floyd’s death, and how readily it could be seen firsthand.

”We were, of course, angry because of the death of Martin Luther King, but the inhuman way Floyd was killed and the power of cell phone videos that allowed us to see that murder over and over again, I feel, created greater pain than anything we know. Hearing him call out for his mother, and then watching as all the officers involved, stood around casually with their hands in their pockets.”

Tate noted that it seemed white people viewed the death not just with sympathy, but actually empathized with what we have been experiencing with the continued killings of Black men and the brutality associated with it.

Tate also blames President Donald Trump as a catalyst for racism. She shares that she heard her mother and her aunt say they’d never return to the pain of deep racism and Jim Crow environment they endured while living in Birmingham — but now it seems that Trump’s behavior toward Black Americans has given a “free ticket” to racists to act with hatred beyond the level of the 60s. 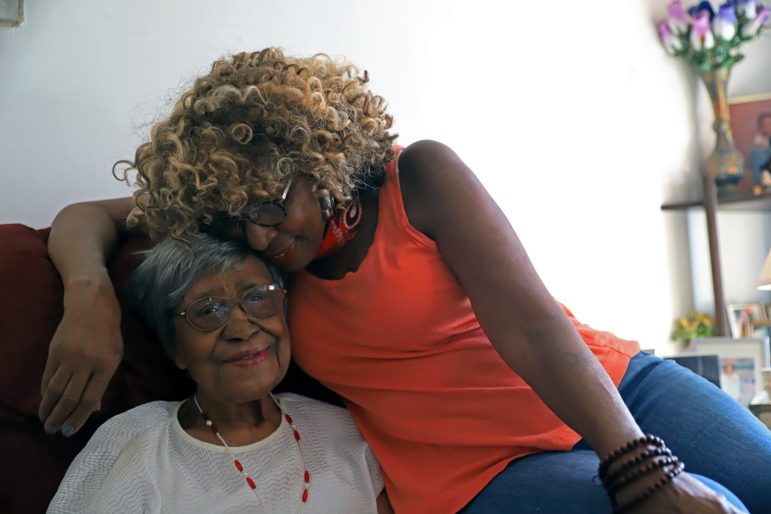 Brenda Tate (right) and her aunt Margaret Watson, who turns 100 on July 6, at Brenda Tate's home in the Hill District (Photo by Jay Manning/PublicSource)

Today’s protests have also spread across the world.

“I believe that God has a plan that he was going to make manifest beyond the United States,” Tate said. “I believe his intent is that everyone all over was going to participate on some level.” 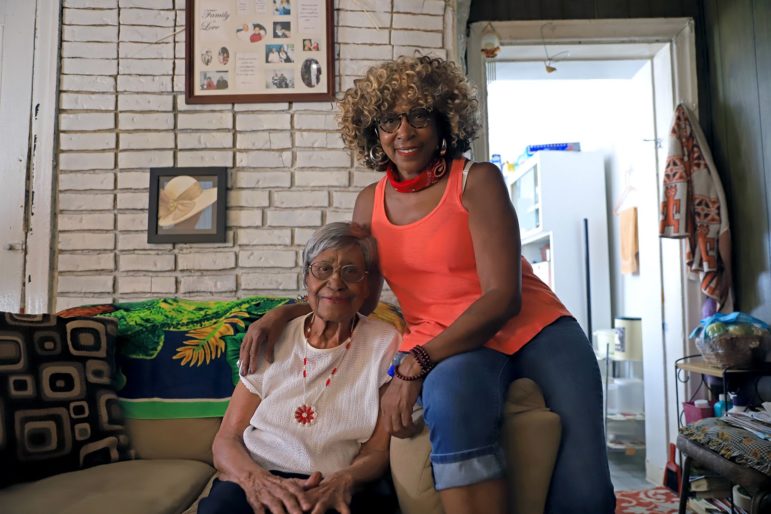 Brenda Tate (right) and Margaret Watson, who is turning 100 on July 6, at Brenda Tate's home in the Hill District (Photo by Jay Manning/PublicSource)

Seventy-five year old George Moses had just returned from Vietnam and was working at J&L Steel Mill in April 1968. He got a call because the rioting broke out in the streets and his mother-in-law was stuck in Homewood at Holy Cross Church, unable to get home to the Hill.

“I had to leave work, in Hazelwood, drive to Homewood, and return her to the Hill District,” he said. “The streets were already alive with angry folks as a result of the killing of Martin Luther King.” 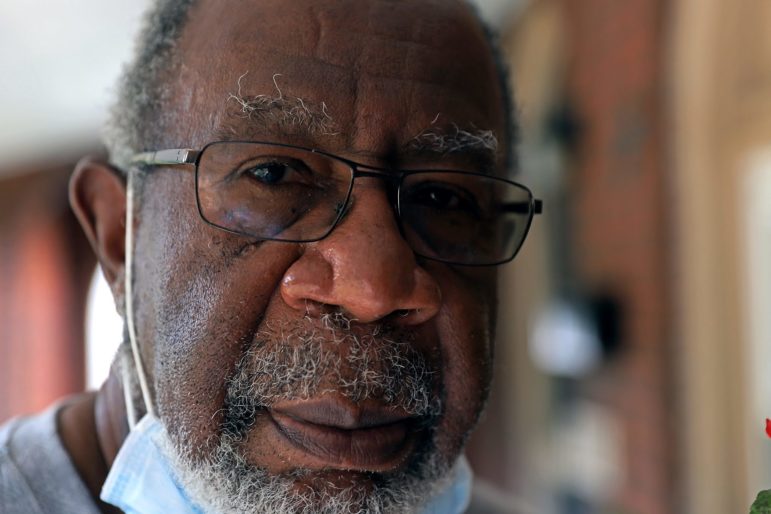 Back then, he recalls protests being led by ministers and heads of organizations like the NAACP, along with civil rights champions like Alma Speed Fox. Today, he has seen a more diverse crowd, including people of different ages, more women and a far greater proportion of white people. Another major difference is that the news media is no longer in sole control of how a demonstration is seen. Cell phones and social media have taken local protests worldwide.

“Other countries could see for themselves what was going on here,” he said. “And now more than ever all eyes are on America—one way or the other, we set the pace for oppressed individuals all over – all the anti-racist actions happening in this country are on full view before the world.”

But the prevalence of violent images has caused even greater trauma than in the 60s.

“When the word went out about the death of Martin Luther King it was shocking and bad enough,” Moses said. “Imagine how terrible it would have been if there was a video of him on the balcony of the Lorraine Hotel and it kept playing over and over again.” 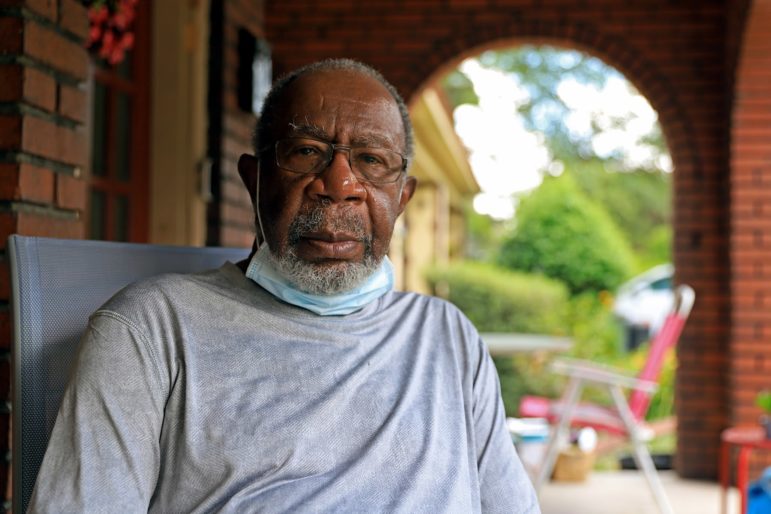 And while local residents who recall the turmoil of the 60s are heartened by a long overdue awakening about racism across the country, those who remember the fallout from King’s death share a collective sadness that after 52 years, racism is still as prevalent, still pervasive, even more institutionalized, and results in the senseless killings of unarmed Black men all over this country.

"Unlike the 60s there are the images of the mistreatment of African American men that run so deep, that we can't keep ignoring them,” Peterson said, referencing the video of an officer kneeling on Floyd’s neck as he struggled to breathe. “It represents our lives being lost right before our eyes."

Correction (7/9/2020): This piece previously misstated the name of a sculpture at Freedom Corner.