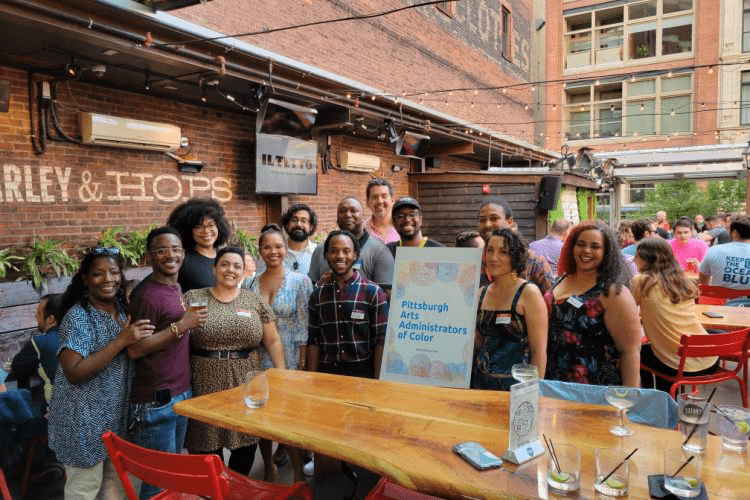 Monteze Freeland, a Black actor who started performing at age 6, largely took the stage as a teenager in his native Baltimore with audiences who looked and sounded a lot like him and his family.

“It’s a conversation, it’s a dance, it’s a dialogue — and, when I came to Pittsburgh, that stopped,” says Freeland, who today works as associate producer for Pittsburgh’s City Theatre. “I felt that [change] on the stage and, of course, you feel it in the streets.”

Freeland wants to mentor younger artists who are finding themselves in his 19-year-old self’s shoes, as well as fan the flames of opportunity for people of color; so, he helped form the Pittsburgh Arts Administrators of Color with a group of like-minded colleagues.

The organization, which started meeting virtually in April, held its first in-person meeting on July 29 at Il Tetto Rooftop Beer Garden. Its next meeting is scheduled for Aug. 26.

The newly formed group, which started with social justice conversations in the workplace amidst the Covid pandemic, boasts several administrators who share Freeland’s experiences as performers, curators and people of color. 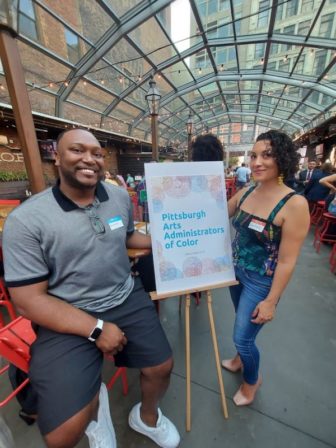 Diaz, who is Puerto Rican, worked her way from the Bronx to star turns in the opera world but felt initiatives like battling human trafficking and other social justice causes “weren’t the priority” for opera companies.

“Now, we really are seeing this big change — and Pittsburgh Opera has been leading this change,” Diaz says. “While it’s difficult to be the only Hispanic member of the company, they are supportive in our effort to establish [the Pittsburgh Arts Administrators of Color] … and that’s a nice departure from the last 15, 20 years.”

Diaz hopes other performers and arts administrators can join the dialogue and support each other as they navigate thorny issues of social equity, marginalization and more — not to mention the heady pressure of being able to pull off the show.

“We have a really interesting group of people in the organization,” she says. “Some are really well into their careers and some are just starting out.”

Though the group is largely social and support-oriented in structure, Diaz says it also will look into applying for grants for various projects.

“Right now, we’re calling in favors,” Diaz jokes, “but we want to be equitable.”

Freeland has made a comfortable home in Pittsburgh, despite the differences he sees in social and racial makeup with his previous home in Baltimore. He has been an actor, a director and a teaching artist — he even has experience working in theater box offices. But, he says the situation is challenging.

“I don’t want to paint Pittsburgh with one brush. In some ways, it does give opportunities to people of color,” Freeland says. “In a sense, though, [prejudices or biases] are out in the open so I know what I’m dealing with. And Pittsburgh is honest in that way.”

The mission of Pittsburgh Arts Administrators of Color includes fostering camaraderie, sharing resources and networking. The group will also provide opportunities for personal and professional growth, and offer “a holistic approach” to the needs of arts professionals of color, Freeland adds.

“Mentoring is crucial because it fosters connections with others in the industry as both parties build lifelong pathways [and] sustainable pipelines in Pittsburgh’s artistic community,” says Obuzor, a North Side native.

Membership in the Pittsburgh Arts Administrators of Color is free and includes access to a membership directory. A job listings portal and e-newsletter also are planned.

“Pittsburgh has a thriving and tangible arts scene and it crosses into many disciplines,” Freeland says. “But representation is important.”