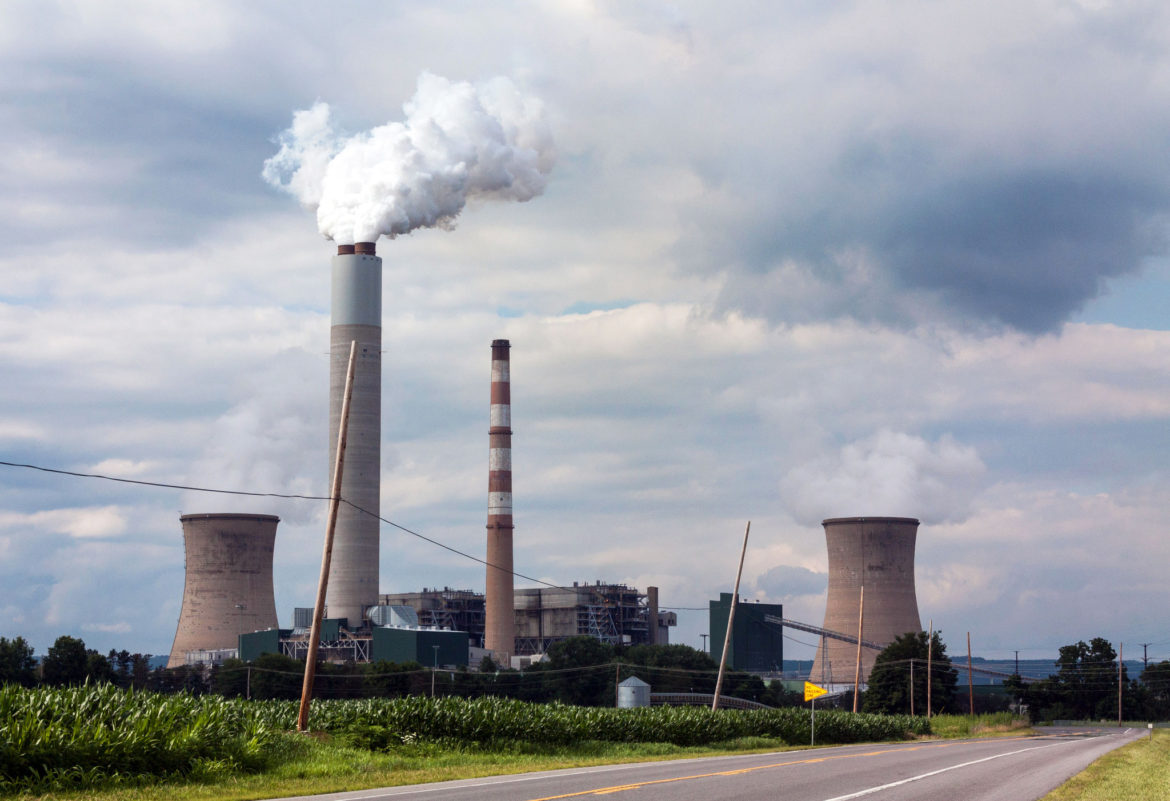 It wouldn’t have happened five or 10 years ago.

“The idea that the EPA would take the lead, seemingly to promote community-collected data, would have been unthinkable,” said Gwen Ottinger, an assistant professor at the Center for Science, Technology and Society at Philadelphia’s Drexel University who studies how communities use developing technologies to measure air pollution near oil refineries.

Some officials within the EPA have traditionally been skeptical of community-collected data, but the agency seems to be moving toward empowering communities to create their own studies, she said.

Responding to an explosion of low-cost, easy-to-use sensors to monitor air quality in recent years, EPA scientists are studying the accuracy of these “next-generation air monitors,” and how the data collected might be used to improve communities and, eventually, affect how air quality is monitored and regulated.

Right now, these sensors can cost as little as a few hundred dollars and have hip names, like Air Beam and Speck. They’re marketed as tools to empower citizens to learn about the air they breathe and to use their findings to take action — by, for instance, purchasing an air filtering system or choosing a less-polluted bike route.

Air quality can be different from neighborhood to neighborhood. Or gas well to gas well. And environmental groups and citizens living around pollution sources have pushed governments — local, state and federal — for years to do more hyperlocal air monitoring, primarily to protect the health of people living close to these sites.

That actually might be happening soon, but in a form that some wouldn’t have predicted.

The development of low-cost air quality sensors, an increasingly aware and engaged public, and a government more willing to accept and help citizens collect data could mark a turning point in how air pollution is monitored and addressed in the country, experts told PublicSource.

With scores of these air monitoring devices now available, citizens and the federal government want to know how well they work and how they can benefit from using them.

Traditional air quality monitoring by regulators is done using expensive stationary equipment that takes averages of pollutants, like ozone and particulate matter, across a broad region.

With citizen involvement, “can we go out there and obtain more data that we previously had not had the capabilities to obtain?” asked Ron Williams, a research chemist who is part of the effort to evaluate air quality sensors for the EPA’s Office of Research and Development.

The answer may be ‘yes.’

In fact, citizen science projects have contributed to policy changes and political action.

For example, in a community-led study, trained volunteers took air samples near oil and gas sites in five states. They found eight volatile chemicals that exceeded federal health guidelines. It was one of the studies included in the New York health commissioner’s review of public health studies that led to the state’s fracking ban. The device’s motto is “Share & Improve Your Air.” Launched via a Kickstarter campaign, AirBeam is a wearable air monitor that measures particulate matter. The device, which costs about $249, connects to an open-source smartphone app called ‘AirCasting,’ where users can map, graph and crowdsource their air quality exposures.

“By documenting and leveraging health and environmental data to inform personal decision-making and public policy, the AirCasting platform empowers citizen scientists and changemakers,” according to its website. A small Wi-Fi connected monitor built to detect air pollution near homes, it measures nitrogen dioxide (NO2) and carbon monoxide (CO) and crowdsources the information on the Air Quality Egg website. The $240 device has been distributed worldwide and it gained notoriety after being named one of Kickstarter’s best projects of 2012.

The Egg is "a community-led air quality sensing network that gives people a way to participate in the conversation about air quality," according to its website. Users can see their data visualized and graphed and interact with a map showing all of the eggs distributed across the world. Researchers at Carnegie Mellon University developed the Speck Sensor, a tabletop air sensor that measures PM 2.5, a pollutant regulated by the EPA because of its associated health concerns. The particles, about 1/30 the size of a human hair, can enter the lungs and bloodstream, affecting lung function and exacerbating existing conditions such as asthma and heart disease. Speck users can connect the $200 device to a wireless network and see data in real time.

PublicSource recently received a grant to monitor air pollution outside of shale gas operations in Pennsylvania. We’ll be providing people living near some sites with Specks to monitor PM 2.5.

“We have a vested interest in understanding this technology and trying to apply it for our own benefit,” he said. The EPA has been at this research effort for about three years.

“We consider that a major effort, because some of these sensors do not perform that well,” he said, but added that they’re working with manufacturers to inform them of ways to improve sensor performance.

But, when it comes to accuracy, not every sensor has to be as precise as government monitors, Williams said. For instance, if someone wants to figure out whether a pollutant is present in any concentration, he said “one doesn't necessarily need to be able to measure to the ‘nth’ degree.”

“Sensors have a wide range of applicability,” he said.

The agency also offers resources for structuring citizen science projects, including a guidebook on how to develop an air monitoring project with a major emphasis on how to collect quality data.

So just how interested are people in using EPA’s tools for air monitoring?

That’s hard to measure, but Williams said the guidebook has been downloaded more than 100,000 times worldwide in the past six to seven months. Also, in early July, the EPA hosted a training event and webinar that drew more than 800 participants.

Scientists have realized that citizens present a cheap labor pool in a world where funding for research is drying up, said experts who study and coordinate citizen science projects.

”There just isn’t a lot of money for ‘big science’ at the EPA” anymore, said Mathew Lippincott, director of production at Public Lab, a nonprofit that develops open-source tools to investigate environmental concerns. “The EPA has begun to reconsider their role, moving away from ‘big science’ and professional judgments toward considering more public data in [the] form of citizen science.”

Federal agencies have recognized that citizen science can help fill important data gaps, said Darlene Cavalier, the founder of SciStarter, a Philadelphia-based group that promotes citizen science and serves as a clearinghouse to connect the general public to more than 600 citizen science projects.

For example, Cavalier’s group is working on a soil moisture project with NASA scientists who will use data gathered by citizen scientists on the ground to “complement and validate what is seen from space.”

“NASA was clear with us” she said. They said, “‘This is where we have gaps in information’ … so we definitely see where there are clear cut cases where there is a need for the data.”

But Ottinger, the Drexel professor, said the EPA’s efforts to help citizens monitor the air may be about “reasserting control” during this rapid proliferation of low-cost air sensors.

“I think part of it is, sort of, a deep suspicion and mistrust that anything a community could be producing could be good,” she said.

Along similar lines, a law passed in Wyoming in March effectively bans citizen science throughout the state. The law strengthens state trespass laws and makes it illegal to “collect resource data” on any private, public or federal land outside city boundaries.

The law was passed after an environmental group took water samples they said proved cattle ranchers (a major industry there) were allowing their cows to graze too close to waterways, which caused high levels of E. coli bacteria in streams.

Ottinger said she suspects that people have been gathering data using these new sensors that the EPA doesn’t think is good data, but their projects still get a lot of traction in the media.

“It must be driving those scientists nuts,” Ottinger said.

Nadia Steinzor, a coordinator with the Oil and Gas Accountability Project at Earthworks, a national environmental advocacy group, said the EPA’s efforts are more likely a response to persistence by environmental groups.

”I think that the EPA likely began the citizen air monitoring work because they recognized something that advocates and gas patch residents have said for years: Industry and state regulators aren't monitoring air quality at [oil and gas] wells and facilities,” she said.

If the EPA’s goal really is community-based monitoring, Steinzor said, they need to go further and actually equip communities with air monitors.

“They will need to train the residents, distribute tools across a wide area, and conduct plenty of follow-up,” she said. “They will need to help communities interpret the data and figure out how to use it to fight for better protections from air pollution.”