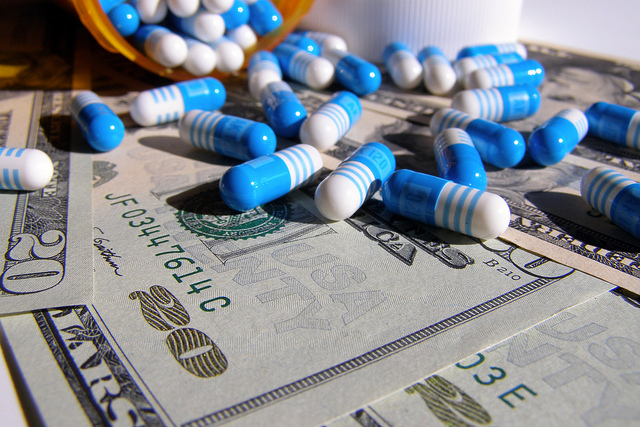 Americans pay anywhere from two to six times more than the rest of the world for prescription drugs, but even with the higher prices, what the U.S. spends on meds accounts for a smaller portion of all health spending than seen in other developed nations.

High prices can be credited to extensive research and development costs, lack of bulk buying power as well as matters involving Medicare, according to a new report by CNN.

The pharmaceutical trading group PhRMA told CNN the high drug costs directly relate to the research and development needed to put them on the shelves. Research can take more than 10 years and more than $2.5 million, and a majority of the drugs researched don’t even make it, according to the article.

Centralized health systems in other countries have the opportunity to buy their prescription drugs in bulk because fewer organizations are trying to buy them.

In other countries, the health system is simpler, there aren't as many organizations trying to buy drugs, so those groups can exert greater purchasing power and that can lower costs. The United Kingdom's National Health Service, for example, purchases drugs for the entire country's supply, known as a formulary.

The U.S, rather, has individual hospitals and groups with specific consumer needs all negotiating different prices.

Medicare, legally, has little say in the matter. According to the CNN article, Medicare by law is not allowed to deal directly or negotiate with pharmaceutical companies.

Medicare is one of the largest buyers of prescription drugs. If it were able to negotiate with pharmaceuticals directly, it could drive the price of drugs down.

Dr. Peter B. Bach, director of Memorial Sloan Kettering’s Center for Health Policy and Outcomes, argued that there is no real system to regulate the price of prescription drugs. He said that pharmaceutical companies set such high prices “because they can.”

Bach told CNN he believes the pharmaceuticals strive for profit. In 2012, his hospital refused the drug Zaltrap, a colon cancer drug, because it cost double that of its competitors. The manufacturer then cut the price in half due to concerns that other hospitals and doctors would do the same.

Here are some examples of the variation in drug cost from the CNN report: