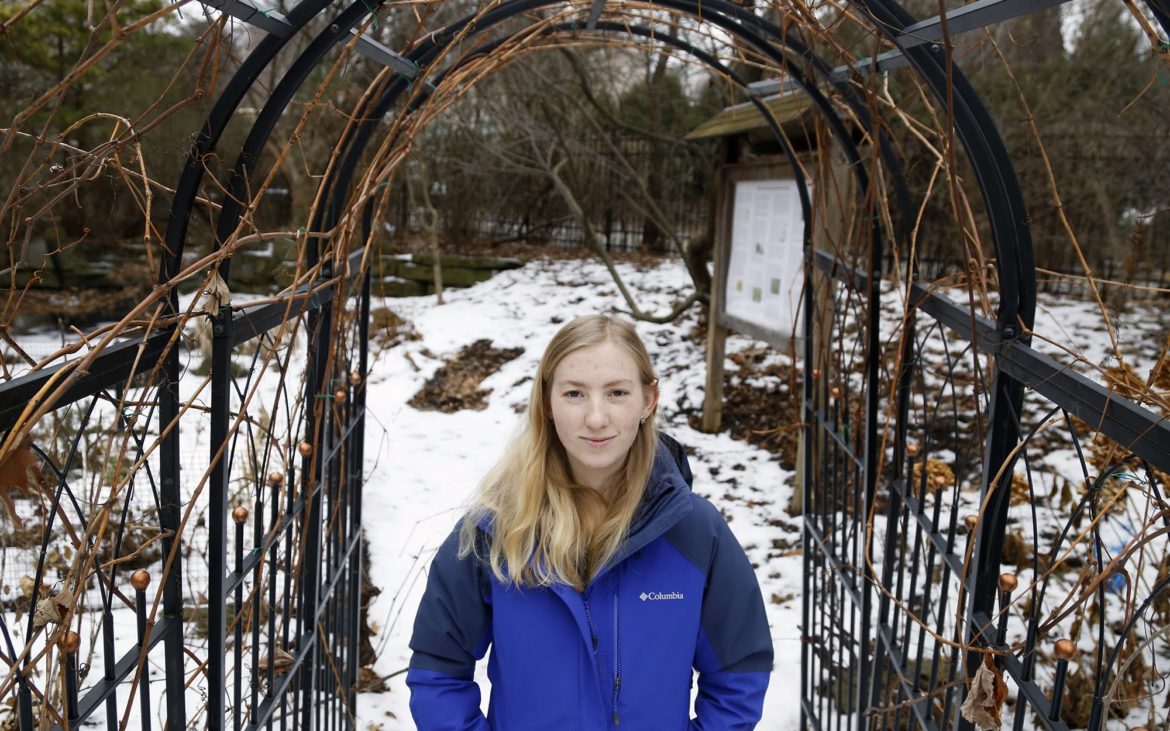 Climate change is one of the most discussed topics of the 21st century. The preoccupation with a doomed world caused by humans failing to conserve has inspired Hollywood blockbusters, children’s literature and the creation of countless organizations advocating for environmental sustainability.

Though the Trump administration has downplayed climate change and other environmental concerns, many people today take it upon themselves to make even small changes in their daily lives to reverse damages of the past and leave a better future. And the green movement has moved beyond its initial tree-hugger stereotype to encompass organizations and people from all walks of life.

But there is another platform where these issues are prominently addressed.

The relationship between people and their natural environment is debated within various religious scriptures, teachings and sanctuaries.

To shed light on the conversation from the religious angle, PublicSource interviewed faith leaders and staff of Pittsburgh-area places of worship across five denominations to learn if and how caring for the Earth belongs in the edifice of religion.

The approach runs the gamut: Some places of worship see environmentalism as part of a holistic philosophy guiding their congregation. Others take a more measured approach, educating their membership on the issue one step at a time. And, in the case of one church we learned about, the belief is that there are more pressing priorities.

“When in your war against a city you have to besiege it a long time in order to capture it, you must not destroy its trees, wielding the ax against them. You may eat of them, but you must not cut them down.”

Rodef Shalom’s biblical botanical garden in Shadyside exemplifies Judaism’s commitment to beautifying the Earth. The garden features more than 100 plants native to ancient Israel and the Holy Land. Helena Nichols serves as the associate director of the garden. She talks with pride about Rodef Shalom’s efforts in sustainability and resource conservation: Everything in the garden is primarily organic and within a closed sustainable resource network.

For example, the synagogue successfully got rid of duckweed in the garden pond by introducing fish. The fish not only killed the weed but also fertilized the water lilies. They’re also planning to compost using coffee grounds from the synagogue’s kitchen to “fuel the greens” in the garden.

Rodef Shalom holds services in the garden during summer, in order to “fully integrate Judaism and environment.” Their congregation of more than 900 families is supportive of such efforts. 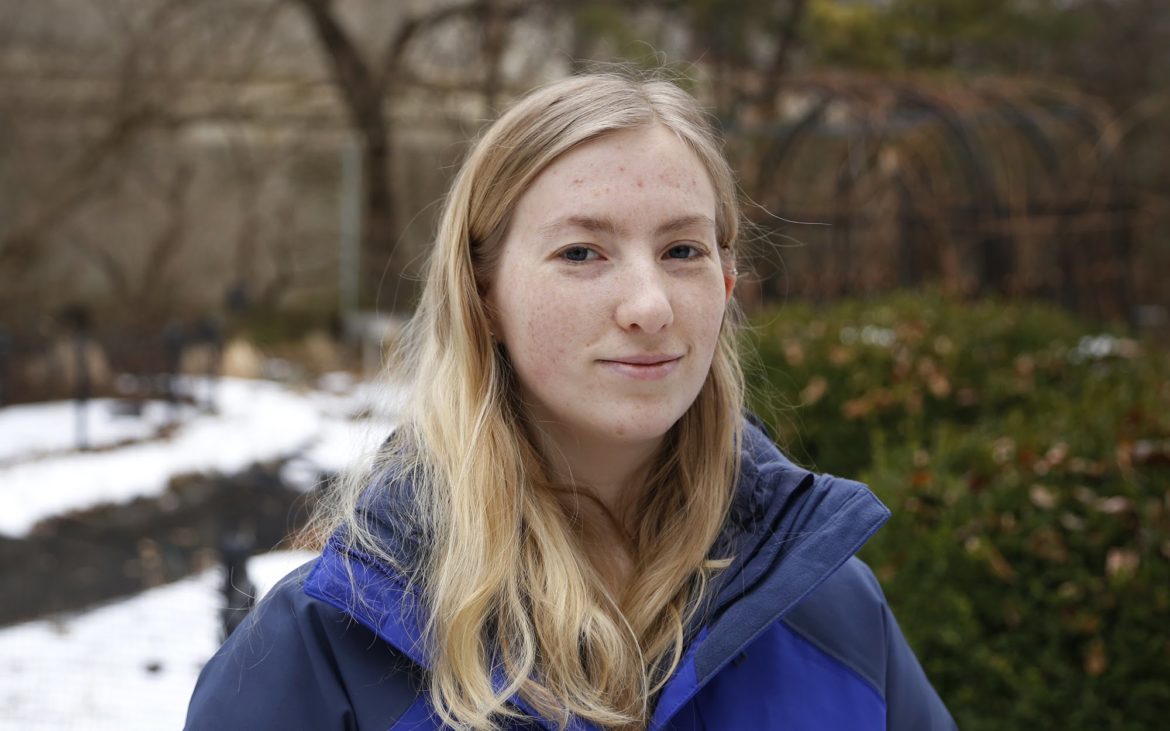 In addition to the biblical garden, Rodef Shalom is part of SMARTer2030 Action Coalition, an international organization with a local chapter in Pittsburgh. Under its guidelines, facility expansions or new construction must meet the goal of net-zero carbon emissions. Organizations with existing buildings are expected to reduce their emissions by half by the year 2030.

Nichols said the synagogue’s green commitments are fulfilling part of the responsibility the Bible requires of those who have dominion over Earth. The responsibility is magnified if viewed from the perspective of Reform Judaism, which requires its followers to adapt their Jewish faith and traditions to the needs of the time.

“Two thousand years ago, there wasn’t mass production, there wasn’t the greenhouse emissions,” Nichols said. It’s about “taking what the Bible says and applying it to modern life, not just taking the letter of what it says.”

The synagogue is also trying to develop awareness of the environment in their youngest members.

Mimsie Leyton, director of the Sidney and Shirley C. Rapport Family Center at Rodef Shalom, is leading an effort to renovate the neon-colored playground equipment at the synagogue to feature an all natural outdoor classroom. The plan is to add a sensory garden and a mud kitchen for children, “where they can play and pretend and really dig and get dirty.” The sensory garden will give children access to plants to “heighten their senses.”

“It will allow them to just experience nature through all their senses and it will be aesthetically beautiful,” she said.

Leyton said she is motivated to make the changes because she is concerned about “over-programmed children” with what she calls “nature-deficit disorder.” 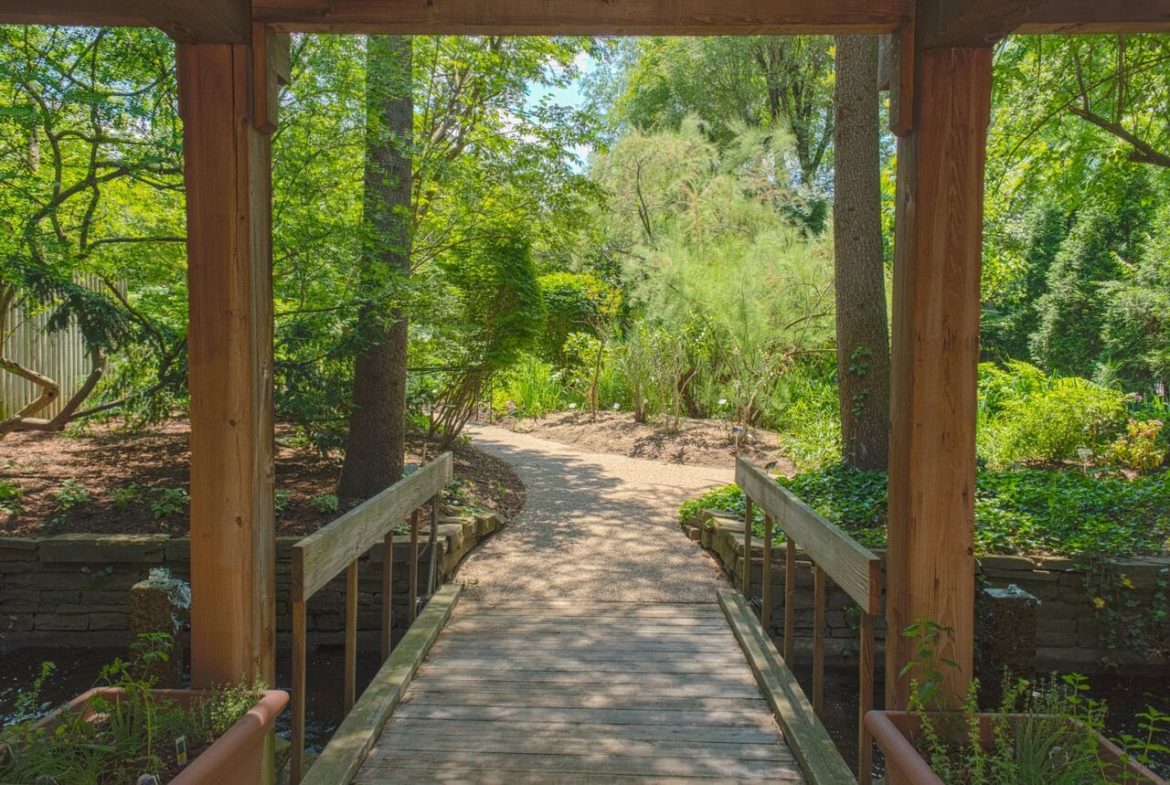 Rodef Shalom holds services in the garden during summer, in order to “fully integrate Judaism and environment.” (Photo by Nick Koehler)

Then God said; “Let us make man in our image, after our likeness. And let them have dominion over the fish of the sea and over the birds of the heaven and over the livestock and over all the earth and over every creeping thing that creeps on the earth.”

Presbyterians and Catholics turn to biblical passages about man’s “dominion over earth” for guidance on caring for natural resources.

It’s that sense of responsibility that led the Pittsburgh Presbytery to take a stand against Shell Chemical Appalachia’s construction of an ethane cracker plant in Beaver County. In a letter voted on by the majority of Pittsburgh Presbytery member churches on Dec. 14, the Presbytery voiced its concern: “This plant, and subsequent plants that are planned for the Ohio Valley, will be mass producing plastic products that have been linked to the death of animals and the diminishment of fragile natural habitats.” The letter has been shared with local and state legislators as well as media outlets.

“Pittsburgh already has one of the highest rates of cancer from [air pollution] anywhere in the country,” Sorge said. “We feel like it’s our obligation to speak out against adding further to that problem.”

Like Protestants, Sorge said Catholic Christians derive inspiration from the Old and New Testaments of the Bible. 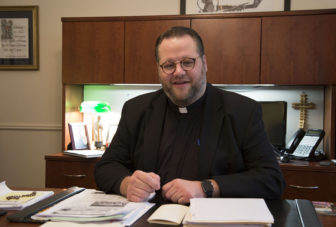 Rev. Nicholas S. Vaskov serves as executive director of communications for the Catholic Diocese of Pittsburgh (Photo by Chloe Jakiela/PublicSource)

Rev. Nicholas S. Vaskov serves as executive director of communications for the Catholic Diocese of Pittsburgh, said guidance from the pope is also important. He pointed to an encyclical titled “Laudato Si,” penned by Pope Francis in May 2015 in which he urges people around the world “to work together in building our common home.”

“Pope Francis has really called that to our attention,” Vaskov said. “And he points out a long legacy of those at the church who sought to draw attention to creation and the beauty of that.”

The encyclical builds on the work of past popes like former Pope Benedict XVI who recommended “eliminating the structural causes of the dysfunctions of the world economy and correcting models of growth, which have proved incapable of ensuring respect for the environment.”

"O children of Adam! … eat and drink: but waste not by excess, for Allah loves not the wasters."

On Oct. 26, 2017, the Islamic Society of North America [ISNA] issued a statement contesting President Donald Trump’s proposed repeal of the Clean Power Plan, a national Obama-era effort to limit carbon pollution. The Trump administration proposed the repeal as “another step to advance President Trump’s America First Strategy,” while casting it as an unnecessarily expensive way to reduce emissions.

In its statement, ISNA said the Quran dictates that human beings “walk softly on the earth” (25:63), which is interpreted as a call “to adopt a healthy and wholesome low-impact sustainable lifestyle.” Reducing the carbon footprint and helping to address climate change “is a moral responsibility as caretakers, stewards and guardians of the earth.”

Locally, the Muslim Community Center of Greater Pittsburgh [MCCGP] responds to this directive by taking many small acts, its president, Mohsin Rasheed, wrote in an email.

The center, which is attended by roughly 200 people, has replaced items in its pantry with as many recyclable items as possible, he said. And during the Islamic month of Ramadan, when the facilities are in full use, the center designates volunteers to collect plastic water bottles. They use water left behind in the bottles to water the plants and then dispose of the bottles in a special dumpster for recyclables.

The green movement has moved beyond its initial tree-hugger stereotype to encompass organizations and people from all walks of life.

MCCGP has also installed water-conserving toilets in some restrooms, remotely managed thermostats, LED light fixtures and it is exploring installation of smart faucets.

“The primary motivation is to follow the teachings of Islam that strongly encourage conservation and discourage wasteful spending of resources,” Rasheed wrote. “We also get the benefit of reduced expenditure on bills, although in some cases we had to incur more costs (e.g when purchasing paper products that might cost more or having an extra recycling dumpster onsite).” 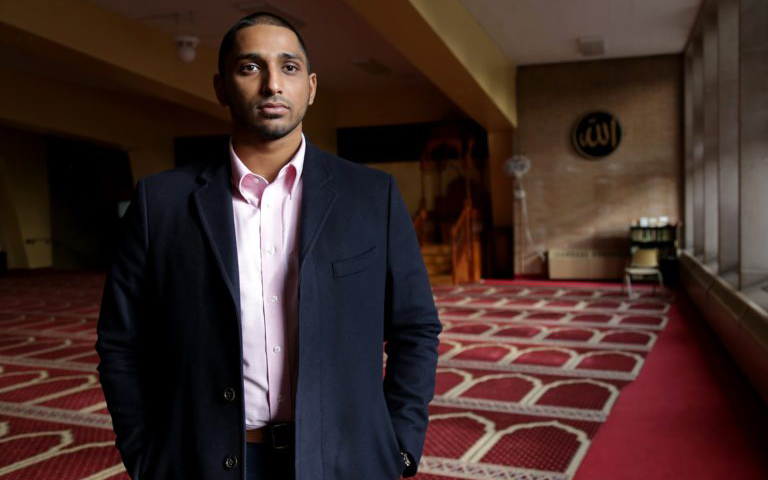 The Islamic Center of Pittsburgh in North Oakland serves 1,500 to 2,000 people. Wasiullah Mohamed serves as its executive director.

The Islamic Center of Pittsburgh in North Oakland serves 1,500 to 2,000 people. In addition to undertaking many of the aforementioned changes, is in the process of “starting a leadership development initiative which will instill within our future leadership the importance of environmentalism,” said its executive director, Wasiullah Mohamed, in an email.

It will take more than the Friday sermon, he said, to motivate individuals to recycle and be conscientious of global environmental issues.

“If it’s not part of a larger campaign to make changes, it doesn’t actually stick or make much of a difference,” Mohamed said.

While there are religious organizations prioritizing green efforts, there are others that are hesitant to involve the church in what can be perceived as a secular cause — not because of a disregard for concerns about the environment, but because other causes take priority.

“Until we fix the spiritual problem of humanity, the physical problems that we face as humanity aren’t going to fix themselves by any of our greatest efforts,” said Pastor Dan Turney of the Christian Community Church in Gibsonia, a Richland Township community about 15 miles north of Pittsburgh.

He said his congregation of about 120 people chooses to spend their resources advocating for causes like the pro-life movement rather than the green movement. Turney added that the convenience of disposables makes them the best option for larger gatherings at church.

Today, there are many national and international organizations that provide guidance to places of worship on incorporating sustainable practices in their congregation. The Global Catholic Climate Movement, Earth Care Congregations and Islamic Society of North America’s Green Masjid Task Force lead the environmental initiatives.

Vaskov of the Catholic Diocese of Pittsburgh said he believes that solutions to secular issues are often rooted in faith traditions and that the only way to resolve a problem is by adapting both at the individual and congregational level.

Similarly, Sorge of the Pittsburgh Presbytery said he doesn’t see a reason for separation of church and environmentalism. “This division between spiritual and secular things is something we don’t see in the Bible.”

Saima Sitwat is a freelance writer based in Pittsburgh. She can be reached at saimaadil@hotmail.com. Saima is also the president of the Muslim Association of Greater Pittsburgh [MAP].

One thought on “Activists aren’t the only ones preaching about climate change. Some Pittsburgh congregations do, too.”