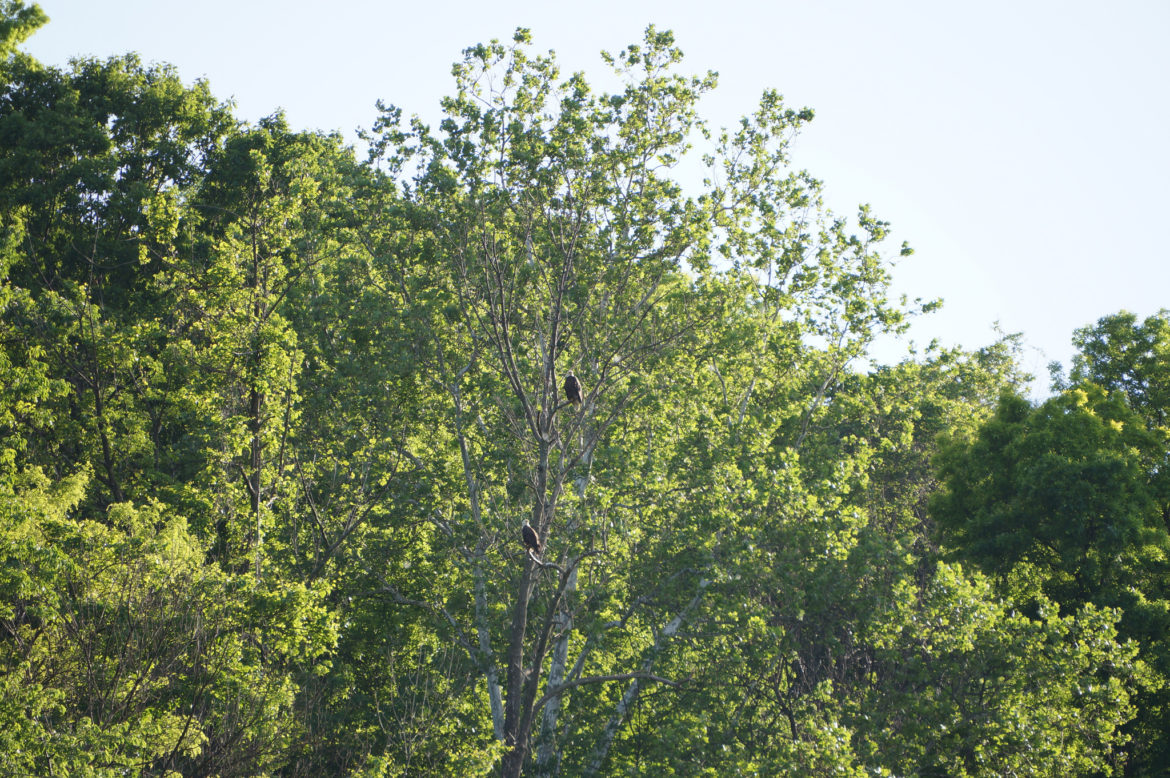 Pittsburgh’s expected purchase of 660 acres of land could create one of the region's largest parks and end a saga of potential development on one of Pittsburgh’s largest untouched tracts of land.

The property consists of 642 acres in the city’s Hays neighborhood, which is west of Homestead along the southern side of the Monongahela River, and 18 acres in Baldwin Borough. The new park could rival Frick Park, the city’s largest park at 644 acres.

The Urban Redevelopment Authority’s board is expected to approve the $5 million purchase of the land, and its mineral rights, from The Pittsburgh Development Group II, principally owned by Beaver County developer Charles Betters, in a meeting Thursday afternoon.

The undeveloped area, known as Hays Woods, has several hiking and biking trails, streams, valleys and a waterfall. Recently, the area has become better known for the bald eagles that roost in the woods and can be watched online.

The sale was classified as a “gift” in the city’s press release as it’s being deemed a “bargain sale” because the value of the property, the city said, is far more than $5 million. The city said the development group had invested more than $15 million in the site.

“This is a historic day for Pittsburgh, one that allows us to make a monumental addition to our urban forests and hillsides, and one that harkens back to other great gifts of parkland in our City’s past,” Pittsburgh Mayor Bill Peduto said in a press release. “What a thrilling present for our 200th birthday.”

The city also said in its press release that a small portion of the land could support a housing development, and it is unclear when the park could open to visitors.

The purchase of this land appears to end the long and tenuous development future of this property.

The area, at one time, was supposed to be called Pittsburgh Palisades Park, which was centered around a thoroughbred racetrack and gambling facility. There was also a planned town center and residential neighborhood, according to these preliminary 2003 plans.

The initial plan was to strip mine most of the area and then fill in the land before building. That drew the ire of neighbors, environmental groups and several regulators, including the Pennsylvania Department of Environmental Protection and the Pennsylvania Game Commission. The strip mining plan was first rejected in December 2006 and then again on appeal in 2009.

The Pittsburgh Development Group II purchased the land in 2003 for $1 million, according to the Allegheny County Real Estate Assessment website. Before that, it was owned by DGD Realty Associates, which bought the property in 1989 for about $2.7 million.

“DGD Realty Associates, of Putnam County, N.Y., bought the 635 acres of wooded slopes from bankrupt LTV Steel in 1989, hoping to build more than 700 homes,” according to a 2003 Pittsburgh Post-Gazette story. Much like the Palisades Park proposal, DGD’s residential development plan never happened either.