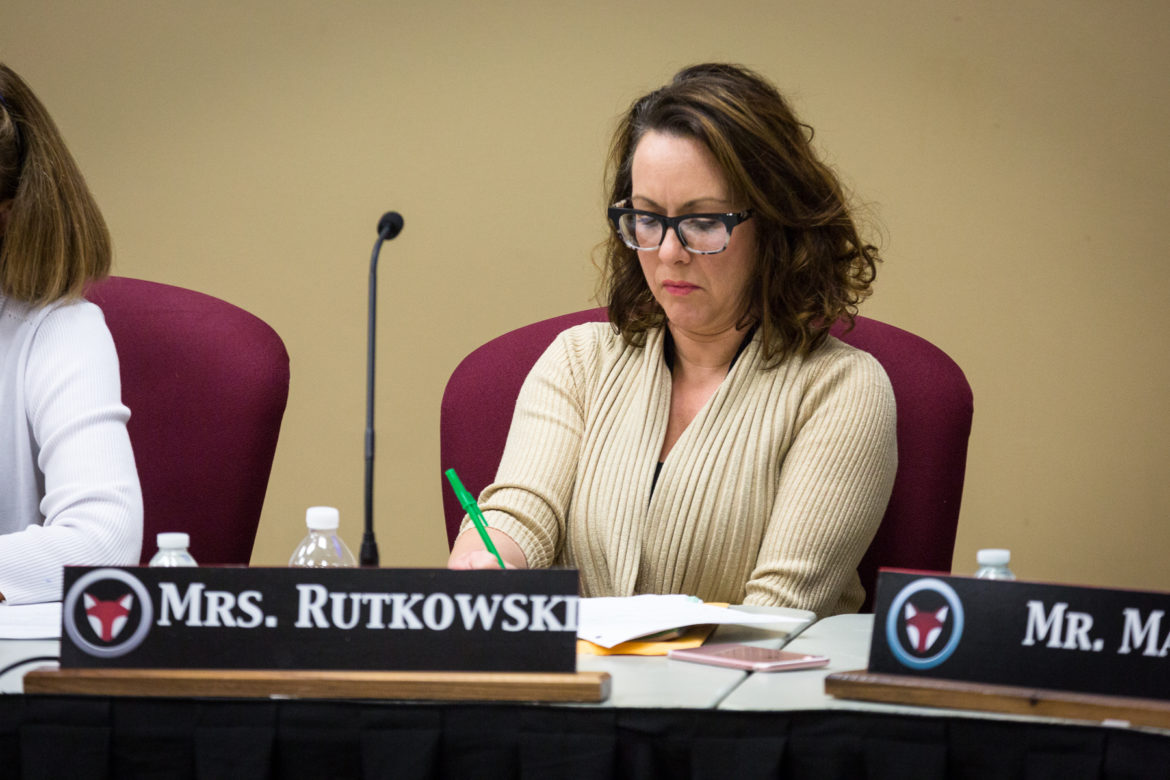 Residents of the Fox Chapel Area School District have been raising concerns about district operations and relationships among some of its leaders for the better part of the year. The latest: Residents have pointed out to PublicSource that Superintendent Gene Freeman listed his O’Hara Township home on Oct. 1, and the listing agent is school board member Lisa Rutkowski.

Related: Fox Chapel superintendent has been paid $108K for selling back vacation days to the district.

The business arrangement raises questions about a potential conflict of interest between the board member and the superintendent that she is supposed to oversee. PublicSource reached out to Rutkowski and Freeman to ask if they’ve considered that possibility.

Rutkowski, in an email response to PublicSource, wrote that there is no conflict of interest by serving as Freeman’s real estate agent and thanked PublicSource for helping to market his property. “It really is a great home!” Rutkowski wrote before continuing with her description of the “beautifully updated 4 bedroom, 2.5 bath colonial” that is on the market for $487,500.

Rutkowski also encouraged PublicSource to mention other listings that she has in the area.

Freeman declined to comment on whether he thought his business relationship with Rutkowski presented a potential conflict of interest. Instead, his email response questioned whether a PublicSource reporter has been working in collusion with board members to take action against him in the future.

“That sounds like more of a story to me………[sic] and glad you sent this so it can go in records,” Freeman wrote.

Robert Caruso, executive director of the Pennsylvania State Ethics Commission, confirmed the potential for conflict is present in this situation.

“We typically advise public employees not to do business or be involved in a business relationship with an individual on an elected board that can affect their employment because of the issues that could arise down the road in the future,” he said.

The potential conflict arises if the board member has to participate in a vote that involves the employee, Caruso said.

Caruso said the situation creates a “potential that the public official and that public employee both could be looking at violating the restricted activities section of the state Ethics Act.”

The restricted activities section of the state Ethics Act refers to seeking or accepting improper influence.

"I would say that it is always best for superintendents to avoid any perception of a potential conflict of interest, which would include not working with a school board member in their professional capacity while they are serving on the school board," said David Schuler, superintendent of the Township High School District 214 in Arlington Heights, Illinois.

For some residents, this relationship between Freeman and Rutkowski only compounds previous concerns. One example cited by residents was that Freeman posted campaign signs in his yard for incumbent school board candidates Rutkowski and Eric Schmidt. Schmidt lost his bid for re-election. Rutkowski retained her seat.

Freeman previously defended his right to openly support the candidates, saying that the district does not prohibit employees from supporting candidates and other employees also placed yard signs.

Residents have also cited the board’s March advance of $60,000 to the Fox Chapel Crew Club, with which Rutkowski and her children are active. Rutkowski abstained from the vote to provide the advance because of her children’s involvement.

At a board meeting on Oct. 7, it was announced that the crew club repaid $30,000 of the advance. PublicSource was provided a copy of a $30,000 check dated Sept. 18 and written to the district by Mark Bellinger, coach of the crew team.

The story was fact-checked by Sierra Smith.