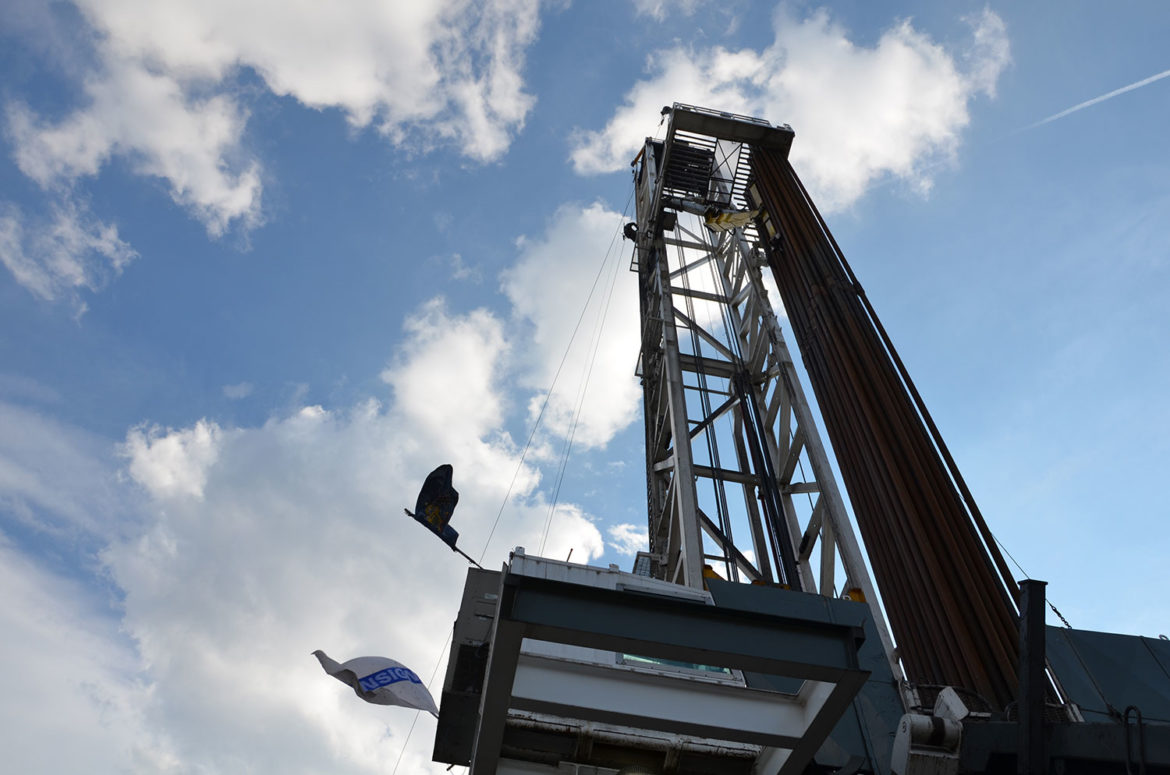 The Pennsylvania Department of Environmental Protection recently released data on air emissions from the shale gas industry in 2013.

PublicSource looked into the data and built a series of interactive charts so you can more easily explore the information.

Overall, the data showed emissions from the shale gas industry increased from 2012 to 2013 for five major pollutants:

(Click here to see a chart of what these pollutants are and their potential health effects.)

But emissions decreased for methane and carbon monoxide.

The drop in methane is significant because it is a more potent greenhouse gas than C02 and needs to be reduced to fight climate change. Its reduction may indicate that 2012 federal regulations on reducing methane are working.

1. Overall, emissions, as well as the number of wells and compressor stations, increased from 2012 to 2013

In 2013, there were more shale gas wells, compressor stations and more pollution than in the previous two years. There were 10,277 wells and 433 midstream facilities, including pipelines and compressor stations, reporting as a part of this dataset. That’s nearly 18 percent more than the number that reported in 2012. The decreases were emissions of methane and carbon monoxide, which were down 13 and 10 percent, respectively, from the previous year.

Washington and Greene counties ranked first and second, depending on the type of pollution, across five categories: Carbon monoxide, nitrogen oxides, both types of particulate matter and sulfur dioxide. Facilities in those two counties accounted for more than two-thirds of the sulfur dioxide released by the natural gas industry in the state. The U.S. Environmental Protection Agency links short-term exposure to nitrogen oxides, particulate matter and sulfur dioxide with respiratory problems and worsened asthma symptoms.

Methane emissions decreased by about 13 percent in 2013, from 123,884 tons emitted in 2012 to 107,945 tons in 2013. This is likely because of 2012 EPA standards for reducing air pollution from the oil and gas sector, which included methane emissions, said Rob Altenburg, director of PennFuture’s energy center. These standards require green completions, which is a process of capturing natural gas at the wellhead instead of ‘flaring,’ or lighting it on fire, or releasing it into the air.

Until January of this year, companies were given a transition period to install equipment to meet the new standards and were still allowed to flare gas, instead of venting it, which cut down on emissions. But they are no longer allowed to use either of those.

The gas industry seems happy about the drop in methane, too. “This data reflects our industry’s clear commitment to enhancing air quality and protecting our environment,” Dave Spigelmyer, president of the Marcellus Shale Coalition, said in a statement. “The sharp decline in methane emissions, despite increased activity, is particularly encouraging.”

Explore the chart below to see increases from unregulated sources of methane.

“DEP is committed to reducing methane emissions,” Rickens, the DEP spokeswoman, said in an email. “Methane is a significantly more potent greenhouse gas than carbon dioxide, and we know we must be aggressive in curtailing its release into the atmosphere.”

The Obama administration wants to crack down on methane, too. In January, The White House announced plans to slash 40 to 45 percent of methane emissions from new oil and gas operations by 2025 as part of the administration's fight against climate change.

5. Range Resources emitted nearly a quarter of the VOCs in 2013

Range Resources, one of the major drillers operating in Southwestern Pennsylvania, released 1,108 tons of volatile organic compounds in 2013, more than any other company. The entire industry released 4,790 tons in 2013, which was up from 4,024 tons in 2012. VOC emissions from the natural gas industry make up nearly a quarter of the VOCs released from all industrial sources statewide, according to the DEP. VOCs mix with nitrogen oxides to create ground-level smog pollution and can cause a litany of long- and short-term health effects, including eye, nose, and throat irritation, headaches, loss of coordination, nausea, and damage to the liver, kidneys and central nervous system.

Range Resources did not respond to requests for comment.

6. Cabot Oil & Gas had a massive drop in its methane emissions

No other company was able to get anywhere close to Cabot’s one-year decrease.

When asked about Cabot's massive drop in methane emissions, the DEP said in an emailed statement, “Emissions inventory development often entails a learning curve. Many of the owners and operators are still learning the best or most accurate method for calculating these emissions. DEP does not currently specify the methodology to be used to estimate these emissions.”

The DEP will continue to review how accurate the data is, said Rickens, the DEP spokeswoman. She said that Cabot has been cutting emissions by using green completions on many wells since 2013, changing a number of pneumatic pumps to use solar/electric energy and switching from diesel to natural gas drilling rigs.

Cabot Oil & Gas spokesman George Stark said the company was no longer flaring or venting natural gas, which is one of the primary ways to emit methane. He also said they weld and bury pipelines near the wellhead to further reduce methane leakage.

Both types of particulate matter PM-10 and PM-2.5 increased roughly 12 percent in Pennsylvania from 2012 to 2013. These small particles, much smaller than the width of a human hair, are problematic because they can get into your lungs or even your bloodstream, according to the EPA. In Southwestern Pa., between 2012 and 2013, Washington County’s particulate matter increased roughly 55 percent and Greene County increased 21 percent to make those two counties ranked first and second with the most particulate matter emitted in the state for the natural gas industry. Particulate matter emissions in Allegheny County tripled from roughly 2 to 6 tons in each category from 2012 to 2013, but that pales in comparison to Washington County, which saw over 100 tons emitted in each category in 2013.

8. Six companies accounted for nearly half of all methane emissions in 2013

The Pennsylvania Department of Environmental Protection's inventory on air emissions from the shale gas industry is a  year behind. Companies have to report their emissions figures for the previous year by March 1 and it takes the DEP a year to process and release the information to the public. These numbers are self-reported by the gas companies and the DEP admits the data isn't perfect.

"The DEP will continue to review the data to ensure its accuracy," Susan Rickens, a DEP spokeswoman, said in an email.

This is the third year natural gas operators reported air emissions and the second year for methane emissions.

More wells and natural gas processing facilities came on the line in 2013, which accounts for the increase in emissions, regulators said.

Despite the increases of air emissions from the shale gas industry, overall, the state's air quality is improving because of reductions in emissions from other sources, including electric generating units, acting DEP Secretary John Quigley, said in a statement.