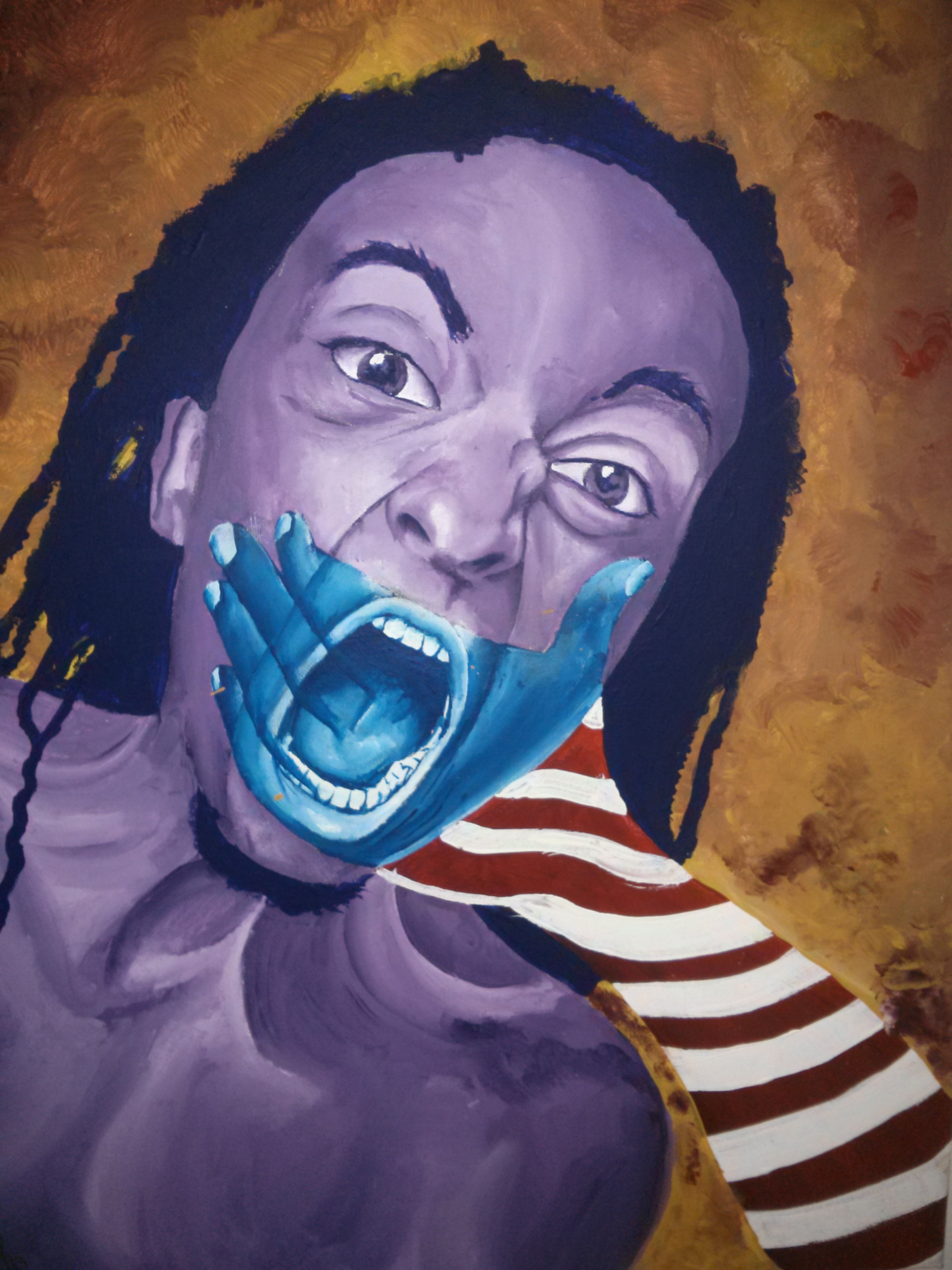 My contract with America began on a shaky foundation. I came to America with only the will to bring life to my children. I had met their American father in Africa. I was not altogether happy about leaving. It meant leaving a thriving career as an international actor, university lecturer and arts producer. My departure meant saying goodbye once again to a supportive family structure in Africa. I had previously left for 20 years of fighting as an artist against white racist apartheid in South Africa. I had no idea that I would actually be entering the belly of the beast by coming to America. I had a false sense of security after seeing the gritty romanticism of the black ghetto explored by Eddie Murphy, who was playing an African Prince in the Hollywood movie “Coming to America.” I should have known better.

Unlike apartheid in South Africa that promised the black population dehumanization and misery, America promised “liberty and justice for all.” Deep down, my instincts knew it was an illusion created to maintain slavery in a sophisticated way. Yet I cautiously signed that contract knowing I would have to start my life from scratch again. At the time, I was not yet married but very pregnant and craved to reach my highest potential. What I didn’t know was that I would end up alone in Pittsburgh, which would become, by far, the most challenging and agonizing place on Earth I would ever live because of its hypocrisy. It would nearly take away every freedom I came with — my life, my liberty and any pursuit of happiness.

"The ‘American Dream’ crushed my dreams over and over again."

The ‘American Dream’ crushed my dreams over and over again. It played out when I tried to earn a Ph.D. from a well known New York university. I was told I had to take another master’s degree — their master’s degree — to be eligible. I fulfilled that requirement at great expense and suffering for my young family in Pittsburgh. I had to commute 10 hours by train every week for 18 months, only to eventually be told by the university that there was no one to advise my study. Scrambling to get a terminal degree, the highest degree awarded in the field, I finally registered at a local university. There, I thought, I would be safe from struggle, intimidation and sabotage. But in the plantation called America, these things inevitably find you. It took the form of passive aggressive classmates who vandalized my work, or name-calling by a professor when I walked into a classroom (”the Barbarians are coming”) and eventually even physical assault by a dean. Yes, she was fired for that.

Racism and white supremacy destroy black families from functioning in any normal kind of way. I remember begging my husband who was working in academia to support me through my thesis defense as I had worked so hard and faced so many racist challenges. Not to mention the fact that I had supported him for six years through two master’s degrees, a Ph.D., a postdoctoral appointment at a prestigious university and his current job and successful career trajectory. Didn’t I deserve a little support, too?

He decided it would not be in his best interest to be there for my defense. I had to convince a friend’s husband in academia to sit as a witness, fearing sabotage by my own advisors. White search committees routinely threw away my resume. Later, white colleagues at a workplace where I was finally able to secure a contract hid my paycheck for months. Their acts forced me into bankruptcy after a bitter divorce.

When my husband left, he neglected to take his personal effects like he was runaway slave from the consequences of white supremacy. Consequences he refused to acknowledge. Later, I found hundreds of little handwritten prayers in a basket begging the God he believed in to give me a job. He abandoned us because witnessing my pain was too much for him. This is what I would like to think happens to black men when the system of racism all but exhausts them to raise a family, so they just give up, leave, find a way out or marry a white woman.

I realized I had gotten hooked to the childish optimism of the idea of America because the word democracy, a Greek word literally meaning, “rule by the people, for the people.” Democracy is the idea that citizens exercise their power by voting and participating in a system that is supposed to evolve due to our own agreement or disagreement. But it really only reflects the mainstream, leaving little latitude for difference and progress. Despite his hate-filled speeches, Americans chose the current president as a leader and what I discovered over time is that education does not necessarily mean ethical behavior because there are many bigots, misogynists and racists in the justice movement. Whites have the power to change the system if they really want to by supporting people of color with little things like a chance at a good job. If a department has no diversity, it has nothing to do with not finding diverse candidates but everything to do with supporting an evil system.

"Whites have the power to change the system if they really want to by supporting people of color with little things like a chance at a good job."

For us in America, the politics of privilege, divide and conquer through race, gender and class are age-old tactics passed down to us through the Common Laws we inherited from the British. Remember the forefathers chose to “…claim nothing but the liberty of privileges of Englishmen in the same degree, as if we had continued among our brethren in Great Britain," said George Mason, retaining the same oppressive, rigid class structure, a system some think had ended with independence in 1776. Fast forward to today and the forefathers did not lie because what we have is, “…life, liberty and the pursuit of happiness," only for the gentlemen, the white men and original framers of the contract, and this was always their original plan. For some reason, we didn’t believe them when they told us.

The lifting of the veil on the subjugation of women with the #MeToo movement is a direct response to the realization that they, too, have been short-changed when it comes to liberty. These revolutions and their predecessors — the Civil War, the Civil Rights movement, marriage equality — are all about the dismantling of that original contract. But it will take defeating the last bastion in our melting pot who are stopping the flow of change and potential for transformation. You’ll know them by their actions.

As an immigrant, I would never have gotten anywhere if I had shown a glimmer of knowledge about the broken original contract or about the anxiety of genetic annihilation. To make myself acceptable to this system, I was forced to make a reluctant contract with America. When I became a U.S. citizen, I wept for hours after my naturalization ceremony, knowing what it had cost me after 25 years: a shattered heart from all the rejection and, most of all, from the deception of my very own soul. I’ve lived now a great deal of my life accepting my own oppression with a smile — to uphold a broken promise that was clearly never meant for me.

The writer, who asked to be anonymous for fear of reprisal, is a cultural curator and learning strategist who uses visual and performance arts media as vehicles for social transformation.