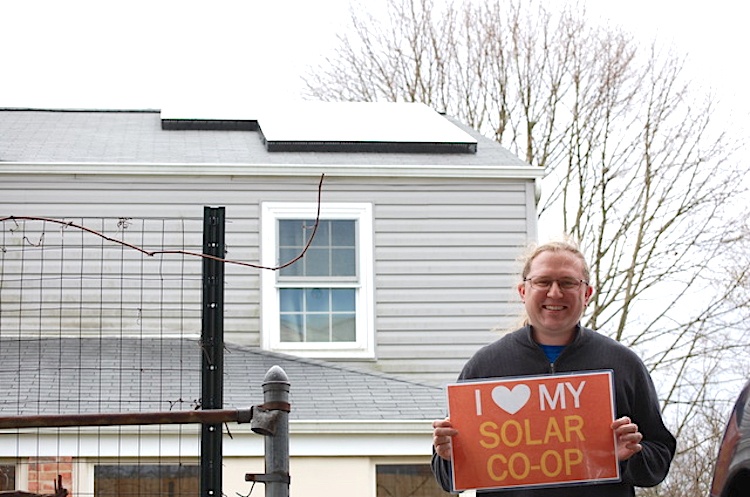 When the sun does shine again in our region, it will bring more than just smiles to residents in the Allegheny River boroughs of Etna, Sharpsburg and Millvale.

The Triboro communities are the next locales where Solar United Neighbors (SUN) is offering a solar co-op to make buying residential rooftop solar panels easier and less expensive. But, says Henry McKay, SUN’s state program director, anyone in Allegheny County who is interested can join this co-op.

“The problem the solar co-op is trying to solve is that rooftop solar energy, while cheaper than it used to be and easier to do as a consumer, is still pretty expensive and it can be intimidating,” says McKay. “A lot of people still don’t feel confident they can make the investment in solar and make it work for them.”

Pittsburgh is known for its cloudy days, but solar panels can still be worthwhile, McKay says. “They work perfectly fine here. We have more than enough sun to make solar economically viable here.”

SUN has powered cooperatives twice before in Allegheny County. The group educates consumers through presentations and then assists those who express interest in lining up a solar installer. Buying as a group ensures a competitive price for quality systems.

Three information sessions are planned for next month:

“Anyone ready to go solar can sign up — it’s free to do that,” McKay says. “They get access to a group pricing deal and technical support from us, answering questions.”

Talia O’Brien, project manager for the Borough of Etna, says the borough’s climate action plan approved in October set a goal of increasing rooftop solar installations. Etna has 11 existing solar projects and just installed a solar carport at its community garden, along with an electric vehicle charging station.

“We’re hoping to get at least 50 people to sign up,” says O’Brien, who researched SUN and then talked with the other boroughs.

“We hear all the time from residents and business owners who want to improve their environmental impact,” says Brittany Reno, executive director of the Sharpsburg Neighborhood Organization. “So, we think this will be a low-stress way for local folks to consider solar, learn more about the process with their neighbors and price out whether it can save them money in the long run.”

Once people join the co-op, a volunteer committee will review bids from solar installers and pick the vendor they think offers the best deal. Though some of the panels and equipment may be manufactured overseas, the installers generally are from western Pennsylvania, McKay says. 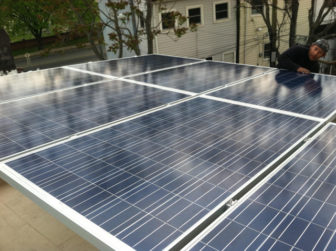 Joining the co-op does not obligate members to buy anything. They have the option to individually purchase panels and electric vehicle chargers at the group rate. In addition to Sharpsburg and Etna, the two other partners in the co-op will be the Millvale Community Development Corporation and Triboro Ecodistrict-New Sun Rising. Residents of nearby municipalities may be invited to join as the co-op progresses.

Since 2018, SUN has hosted a dozen solar co-ops in Pennsylvania, resulting in 79 homes and businesses with solar panels. That represents an estimated 730 kilowatts of solar power, $1.9 million in local solar spending and more than 19 million pounds of lifetime carbon offsets, according to the organization.

A typical solar array can cost a homeowner $20,000, but a one-time tax credit lowers that cost by $5,000. The solar array connects to the home’s electric service panel, keeping the home tied to the electric grid. Financing is available through banks or the Clean Energy Credit Union.

This co-op will remain open for members to join until July 30, says McKay, although an installer likely will be selected by May. Installations will begin by summer, with the goal of having all projects completed by the end of 2021.