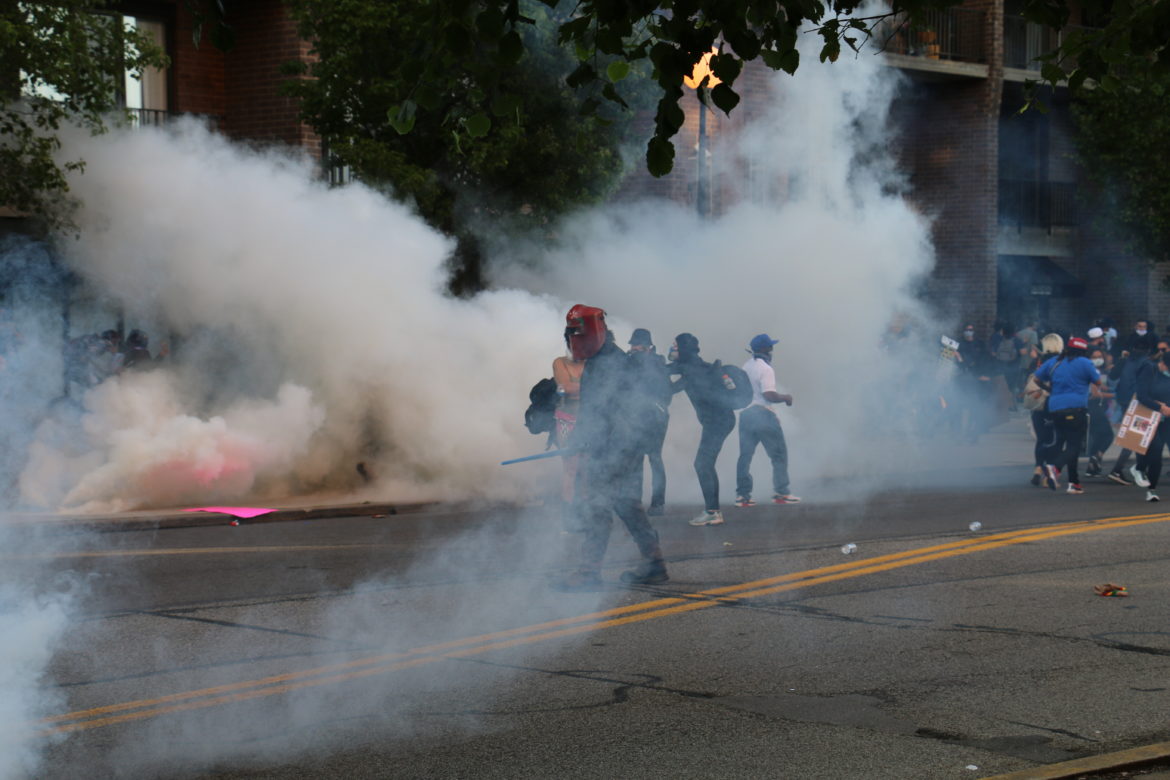 One week after George Floyd’s death in the custody of Minneapolis police, a peaceful Pittsburgh march of hundreds of Black Lives Matter demonstrators in East Liberty ended with slogans and songs around 6:45 p.m. on Monday.

Many of the protesters began to disperse at that point, their cardboard signs tucked under their arms. Businesses in the neighborhood had closed early Monday; Whole Foods, CVS, PNC bank, Kahuna, Muddy Waters and Bird On The Run had boarded up their windows, seemingly for naught.

But within half an hour, tensions escalated between remaining protesters and police. Around 7:15 p.m. a large splinter crowd of protesters faced off with the police in front of the Kennilworth apartment building at the Centre and Negley intersection. Chanting, their hands symbolically in the air, the crowd held firm. Several protesters hurled rocks and water bottles at the police, who remained in formation.

After issuing multiple warnings that declared the protest an “unlawful assembly,” police in riot gear fired several rounds of tear gas and rubber bullets, forcing protesters to retreat down Centre Avenue. Protesters were immediately pushed back as far as Whole Foods and into the adjoining streets. SWAT and state police on foot and horseback backed up Pittsburgh police to clear the avenue, with helicopters droning overhead. At least one protester was injured by a rubber bullet. The news media was ordered back from the front line on Centre Avenue, allowed to access the adjoining streets only.

The authorities were stationed throughout East Liberty to clear the neighborhood. One group of SWAT, state and local police settled outside the Capri Pizzeria at the intersection of Highland and Penn avenues. Officers pulled on their gas masks, warning reporters about “getting smoked.” Further down Penn, officers stood at Target’s front door and on the roof. At least four protesters were subdued on the ground with tear gas and arrested after the 8:30 p.m. curfew. At the end of the night, Pittsburgh Public Safety Director Wendell Hissrich reported 20 arrests and said that nine officers and two protesters were injured.

"This was a peaceful protest, but once it ended at Target, a small group splintered off. Officers observed one protester accost and threaten a local journalist. Another protester intervened," according to a tweet posted at 9:29 p.m. on the public safety department's official Twitter account.

While Mayor Bill Peduto and Pittsburgh Police Commander Jason Lando said during press conferences late Monday that the police had used "smoke, not gas" during the earlier protest, the effects appeared to be strikingly similar to the effects of tear gas, as explained by the Centers for Disease Control and Prevention. This reporter, along with many other people on the scene, experienced burning, stinging sensations in the eyes, throat and skin, as well as dizziness. For the reporter, these sensations persisted overnight and well into Tuesday afternoon in the form of sore, dry eyes, coughing and itchy skin.

The Pittsburgh Public Safety Twitter account reported that a "[p]olice used smoke and then gas." Public Safety Spokesman Chris Togneri told PublicSource on Tuesday evening that there has been confusion about exactly which areas of the protest saw gas deployed and which did not. He confirmed gas was used at some locations "in the East Liberty area after additional orders to disperse were issued and to aid police in their efforts to clear the streets."

Pittsburgh Mayor Bill Peduto is calling for third-party investigations into the June 1 protests in East Liberty. He said he has read best practices of crowd dispersion and reviewed police and citizen accounts of what happened on Monday evening.

"Without question, there is a difference of opinion about what happened that day and the appropriateness of the actions of the Pittsburgh Bureau of Police," Peduto said in his statement.

The mayor is asking the Office of Municipal Investigations and the Citizen Police Review Board — along with the ACLU, NAACP and U.S. Attorney's Office — to conduct the investigations. In his letter to OMI, Peduto lists several questions, including about the use of gas, that he wants to see answered: https://bit.ly/3dy3ep1

Below are some of the scenes from Monday's peaceful march and clashes later in the evening: 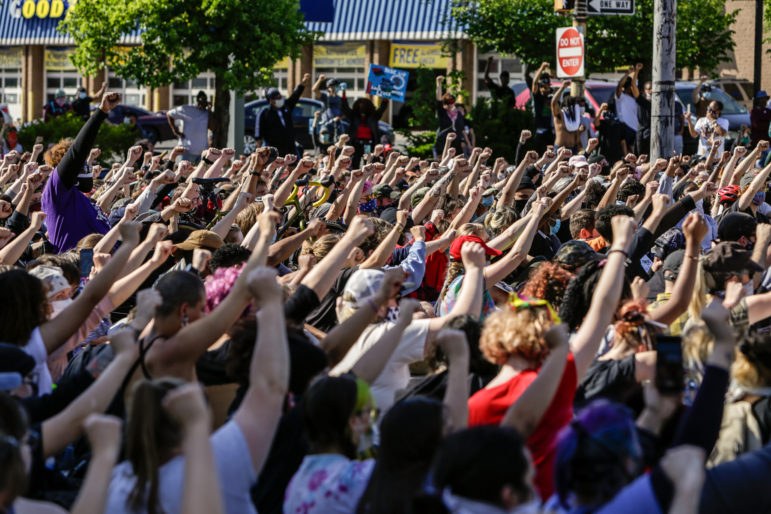 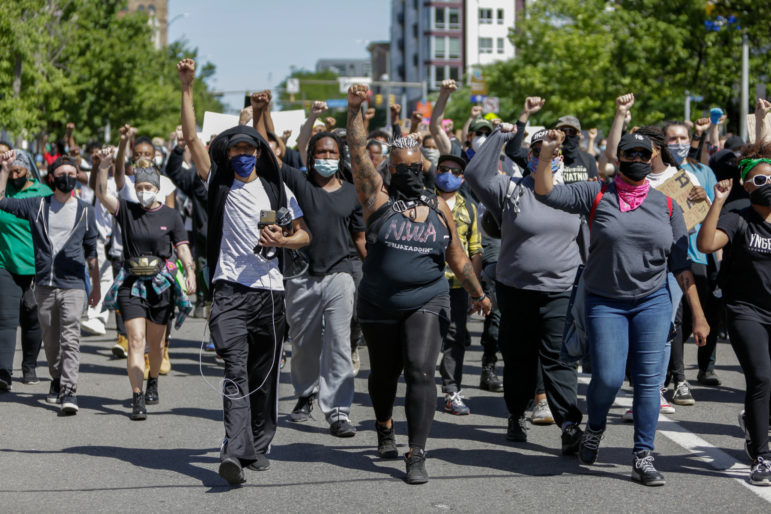 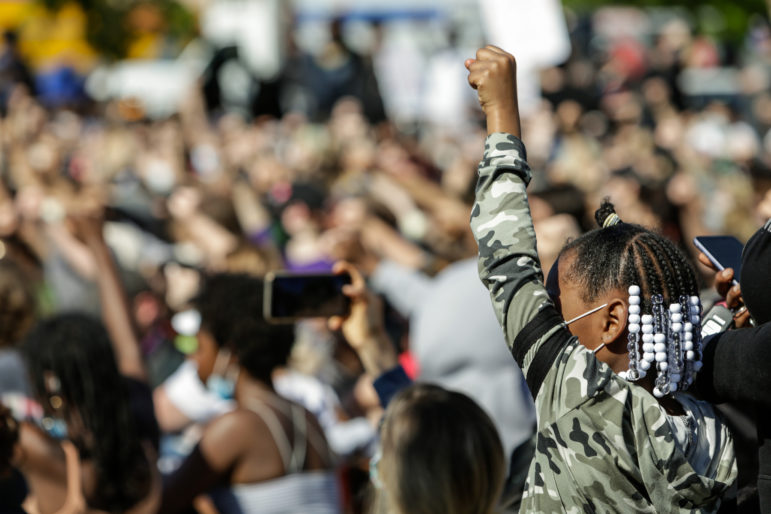 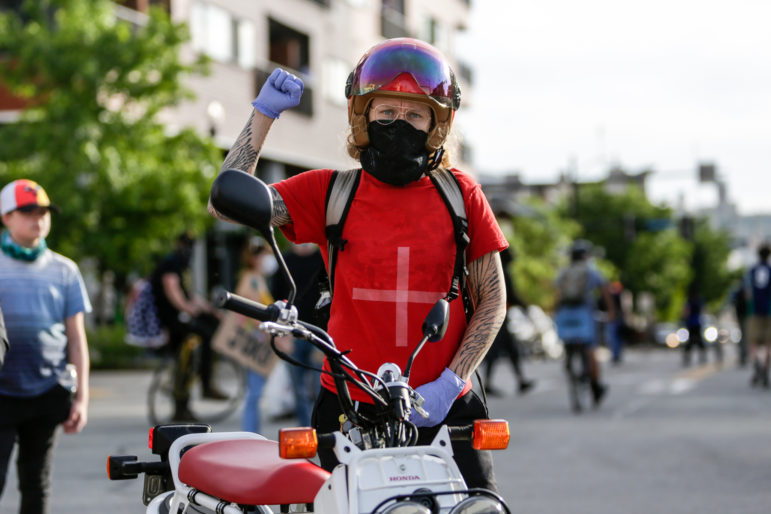 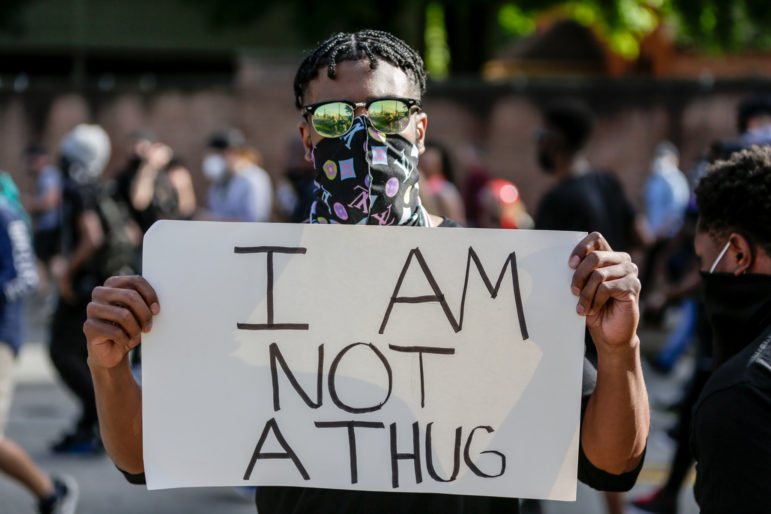 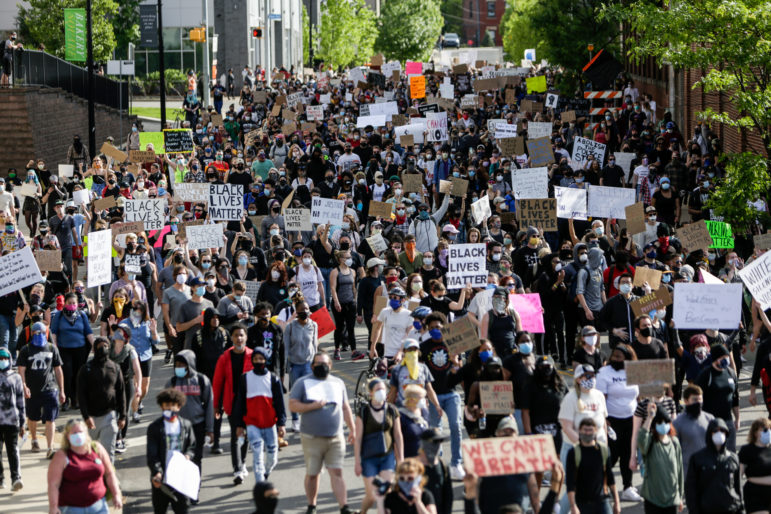 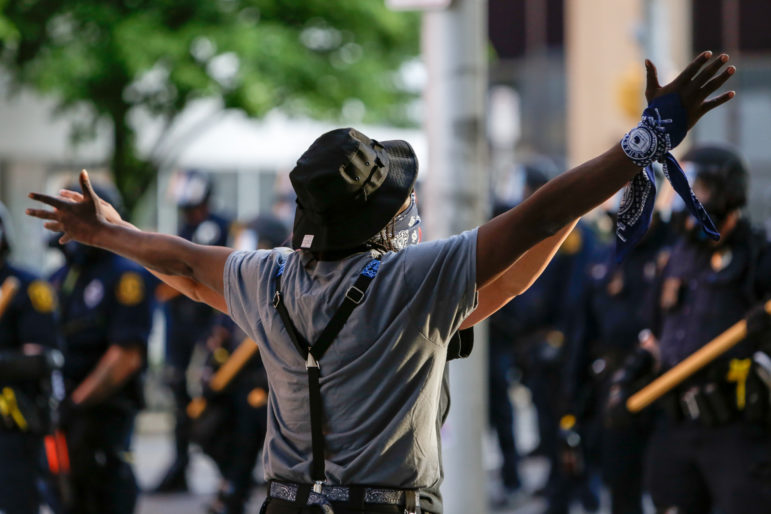 A protester is facing off the police as they announce unlawful assembly before they start firing rubber bullets and tear gas. (Photo by Nick Childers/PublicSource) 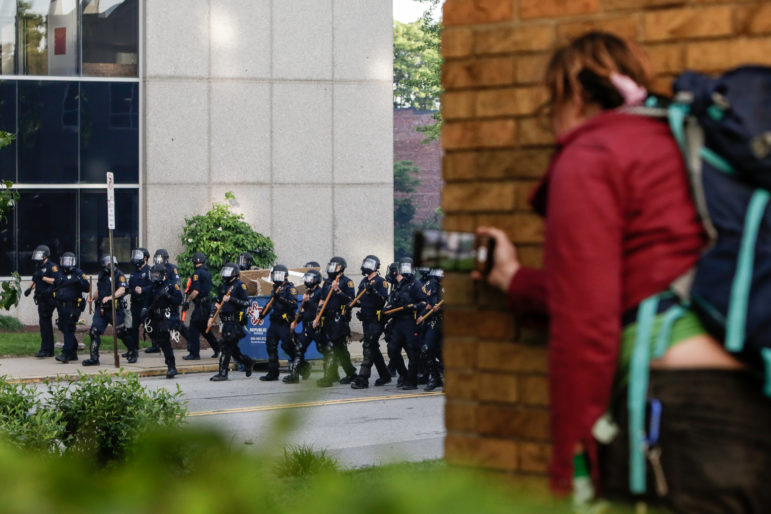 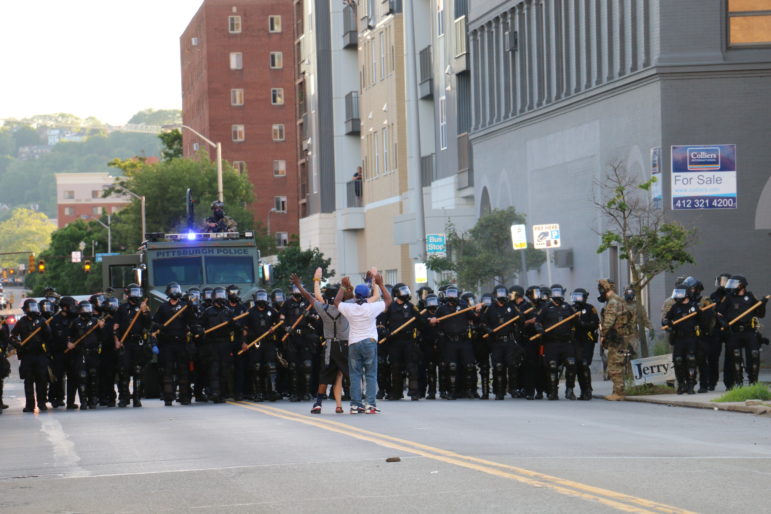 A few protesters go face-to-face with the advancing police, before they’re finally forced back by the SWAT truck. (Photo by Alexis Lai/PublicSource) 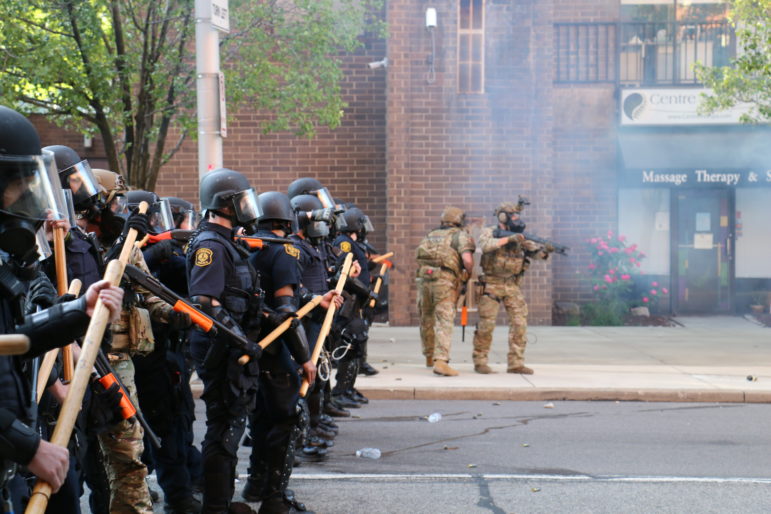 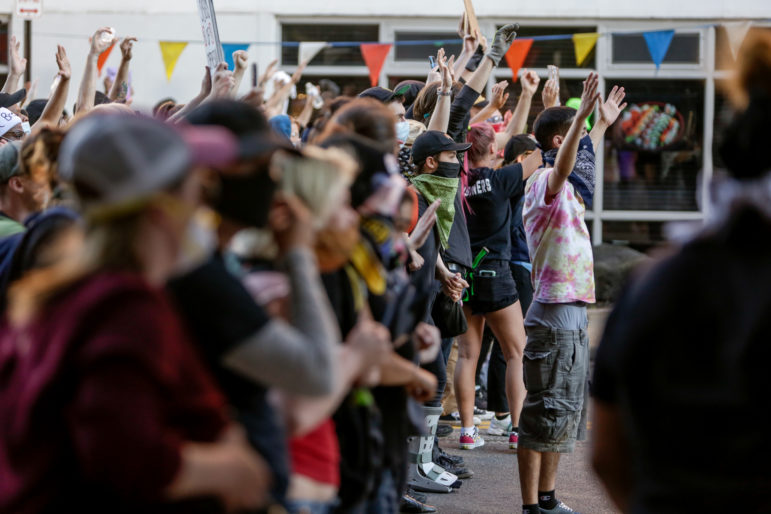 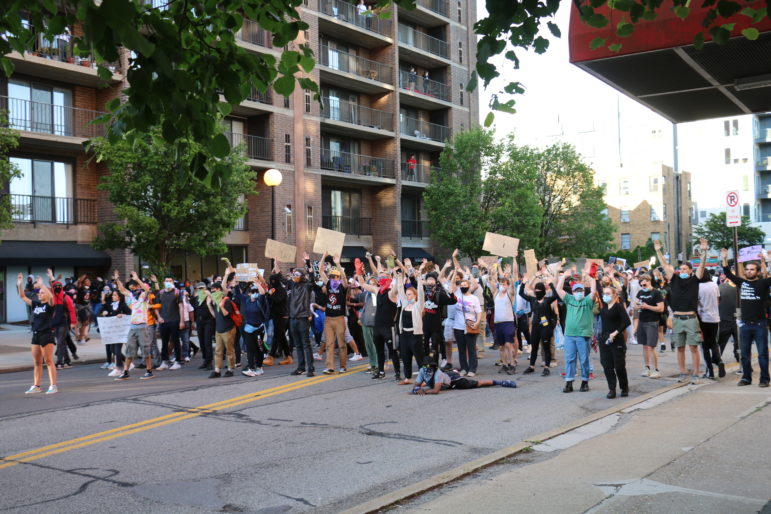 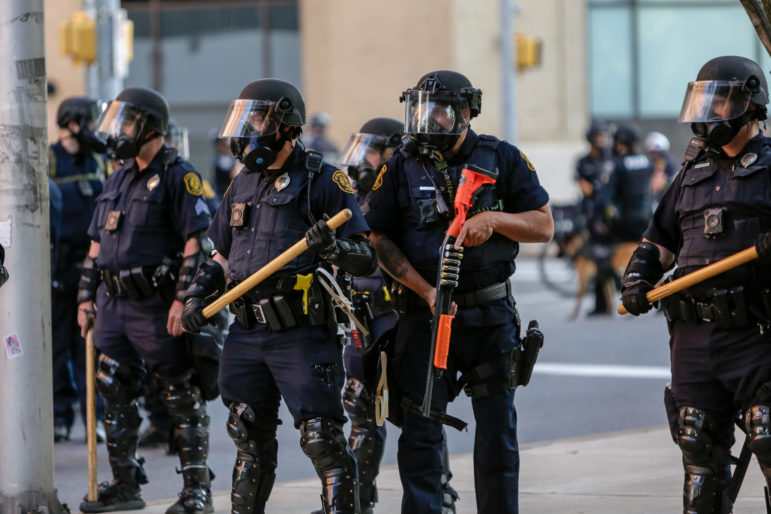 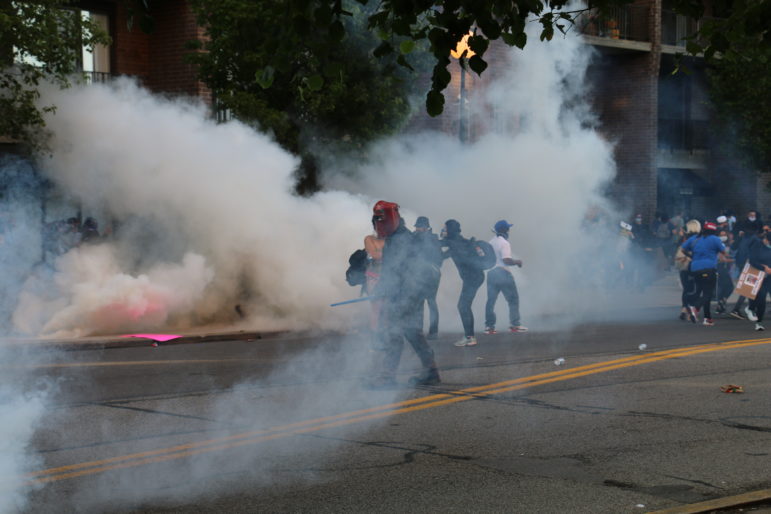 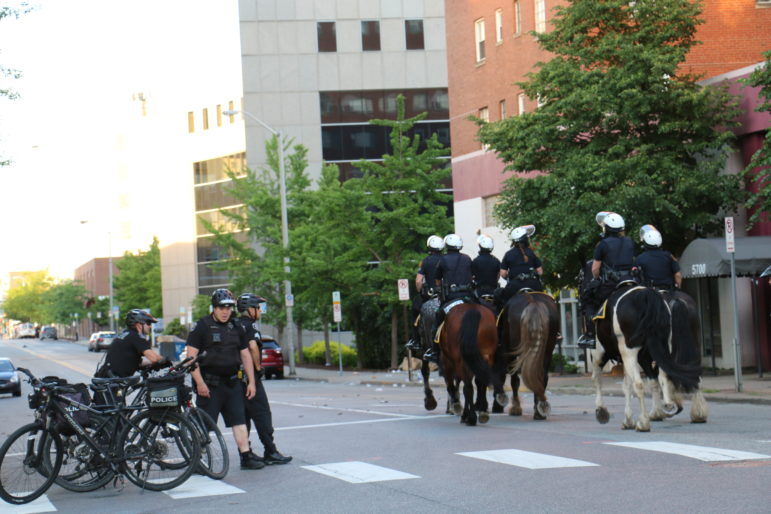 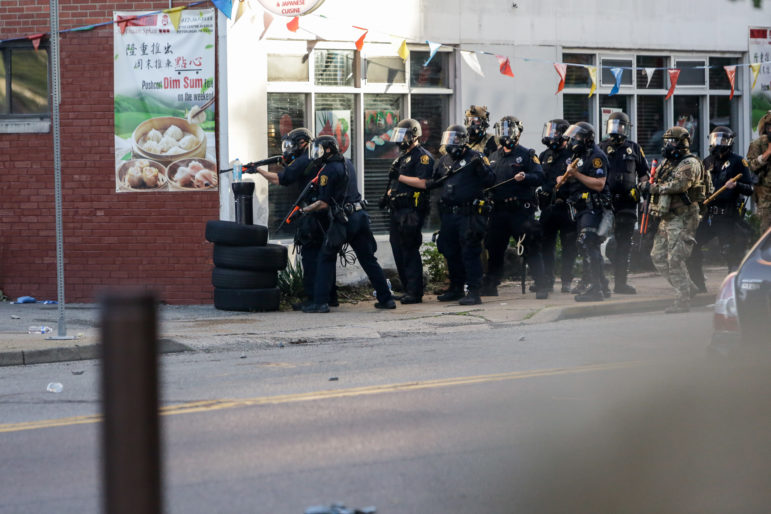 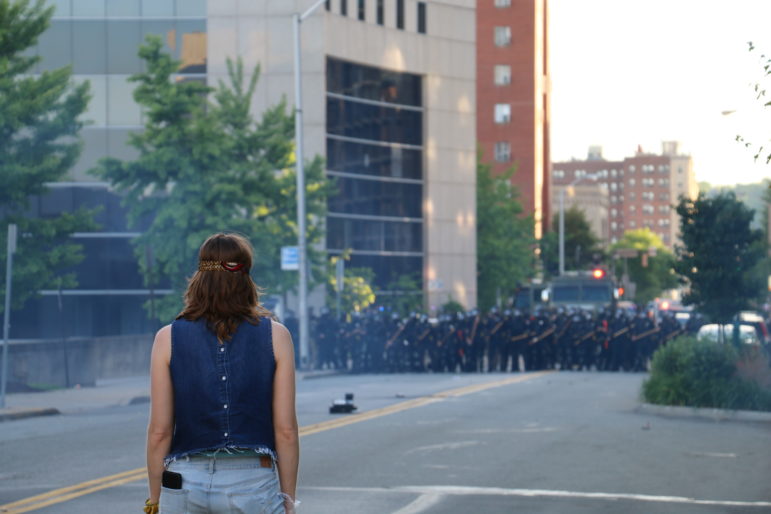 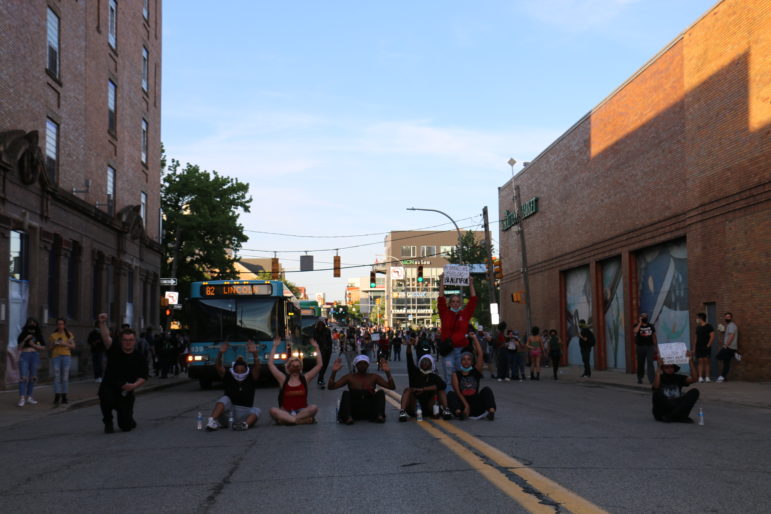 While many protesters have dispersed into adjoining streets, a crowd waited by Whole Foods on Center Avenue. (Photo by Alexis Lai/PublicSource) 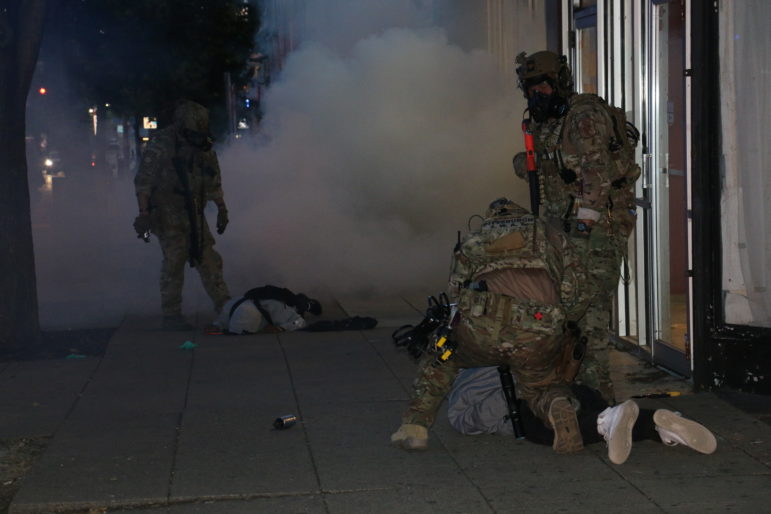 About 200 feet from Target, bright orange sparks pop on the ground, as officers fire tear gas to subdue protesters out on Penn Avenue past the 8:30 p.m. curfew.(Photo by Alexis Lai/PublicSource)

This story was updated at 6:30 p.m. June 2 to reflect new information about the tactics used by Pittsburgh police to disperse protesters.