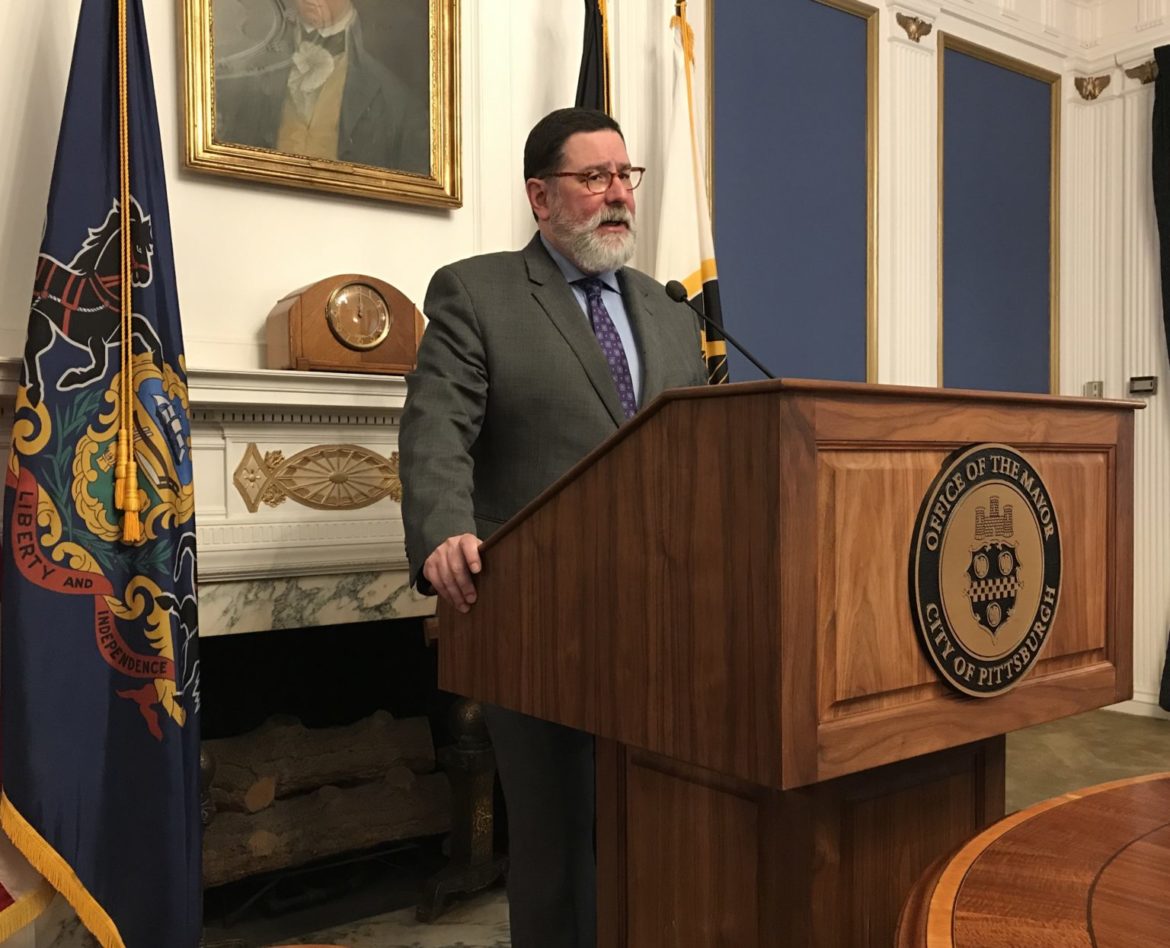 Unencumbered by state oversight for the first time in more than a decade, the Pittsburgh City Council is poised to approve a $608 million city budget this month.

In 2003, under then-Mayor Tom Murphy, Pittsburgh was staring down a nearly $30 million deficit and a credit rating lowered to junk bond status. To right the ship after a decade of asset sales, debt extensions and what state overseers described as “papering over underlying structural deficits,” the city that year laid off nearly 450 employees, including 100 police officers, and shuttered recreation centers and swimming pools.

Pittsburgh in 2004 entered state oversight under Act 47 to restore financial stability. The oversight required Pittsburgh to reign in its debt, pass a balanced budget and include five-year forecasting.

In June 2019, the last of the oversight was removed when the Intergovernmental Cooperation Authority officially terminated its relationship with the city.

Given Pittsburgh’s financial struggles, council members emphasized the need for meaningful oversight in the budget process.

“This is the first time we’ve had to vote on a budget without state oversight,” Councilwoman Theresa Kail-Smith, who took office in 2009, told PublicSource. “I think it’s imperative that we look at every dime.”

About 50 people attended a public hearing before council on the proposed 2020 operating budget Monday. Among the concerns speakers expressed were: the lack of funding for food insecurity (Councilman Bruce Kraus said he has written an amendment proposing $250,000 to address the issue); sufficiently funding the Urban Redevelopment Authority to meet the city’s affordable housing shortage; and concerns over the proposed Mon-Oakland Mobility Corridor as well as frustration with the budget process.

“Nobody ever hits a forecast down to the dollar,” said Matt Bubness, a senior manager with the Government Finance Officers Association.

“That’s of concern as we move forward with the budget,” Urbanic told council members on Nov. 19. “That’s not a lot of breathing room.”

The mayor’s office, however, pushed back on those concerns, adding that the city is annually contributing to its reserve fund.

Tax reforms created by the General Assembly in 2004 gave the city authority to levy a payroll preparation tax on employers and shifted a portion of the Pittsburgh Public Schools share of earned income tax to the municipality, which policy experts credited with putting the city on track financially.

"Any major market shift will undo the progress we’ve made."

Since 2014, the four biggest revenue generators for the city – taxes on real estate, earned income, payroll preparation and parking – have risen more than 20%.

Given Pittsburgh’s turbulent past with debt, at least one council member was uncomfortable with taking on too much, too quickly.

“There’s going to have to be so much payback,” said Councilwoman Darlene Harris, who has served on council since 2006 and is leaving office after losing a reelection bid in the May primary. “It happened before to us, and we should have learned our lessons then. You have to work with what you have.”

Urbanic also cautioned members that the debt to revenues ratio – which has been cut roughly in half since Peduto became mayor – would near the city’s 12% cap at 10.78% of revenues by 2024. 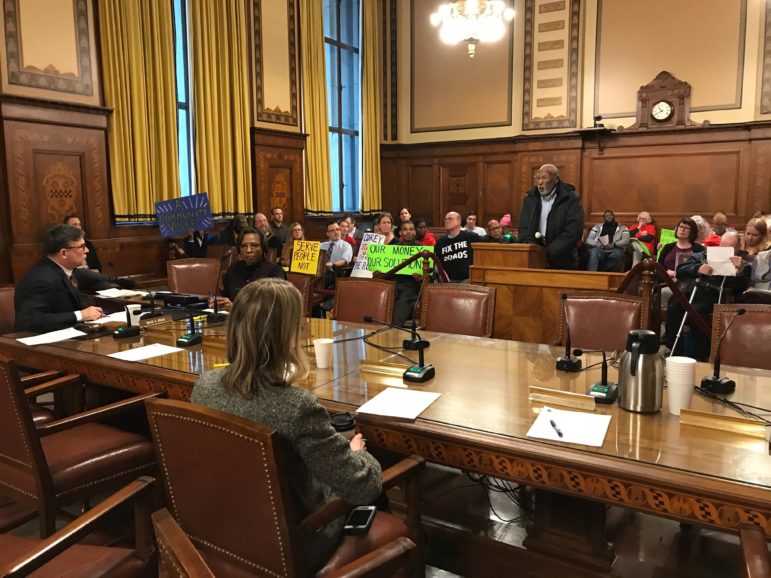 Homer Craig, 80, of Hazelwood, addresses the Pittsburgh City Council on Dec. 9, 2019 during a public hearing on the 2020 proposed operating budget. (Photo by Nicole C. Brambila/PublicSource)

In his budget address, Peduto trumpeted his administration’s success in having “turned the tide” on the city’s debt burden.

The mayor touted the headway made in bringing Pittsburgh back from the brink, highlighting the city’s ”pay-go” approach adopted for capital projects and the city’s pension funds. In practice, that means pension payments to retirees are made from the general fund instead of drawing down the pension fund, which is roughly 33% funded, Urbanic said.

But the mayor, too, cautioned that the city’s looming pension liability could unravel all the hard work.

“Any major market shift will undo the progress we’ve made,” Peduto said during his State of the City address on Nov. 12.

Despite the challenges still facing the city, regional economist Chris Briem noted that the turnaround is significant.

"It's a remarkably different conversation that we're having,” said Briem, an economist with the University of Pittsburgh’s Center for Social and Urban Research.

The conversation now is, “How much can we put into the reserve fund,” he said, when before it was, “How much deeper can we go into the hole?"

Council has until the end of the month to finalize next year’s budget, which includes introducing amendments to make spending changes.

Over the past three weeks, City Council has held more than three dozen budget hearings with department heads to receive program overviews and to ask questions about the impact of the mayor’s proposed budget.

“People express their concern by their presence,” Homer Craig, 80, a longtime Hazelwood resident, said Monday. “This shows you and the people how concerned you are.”