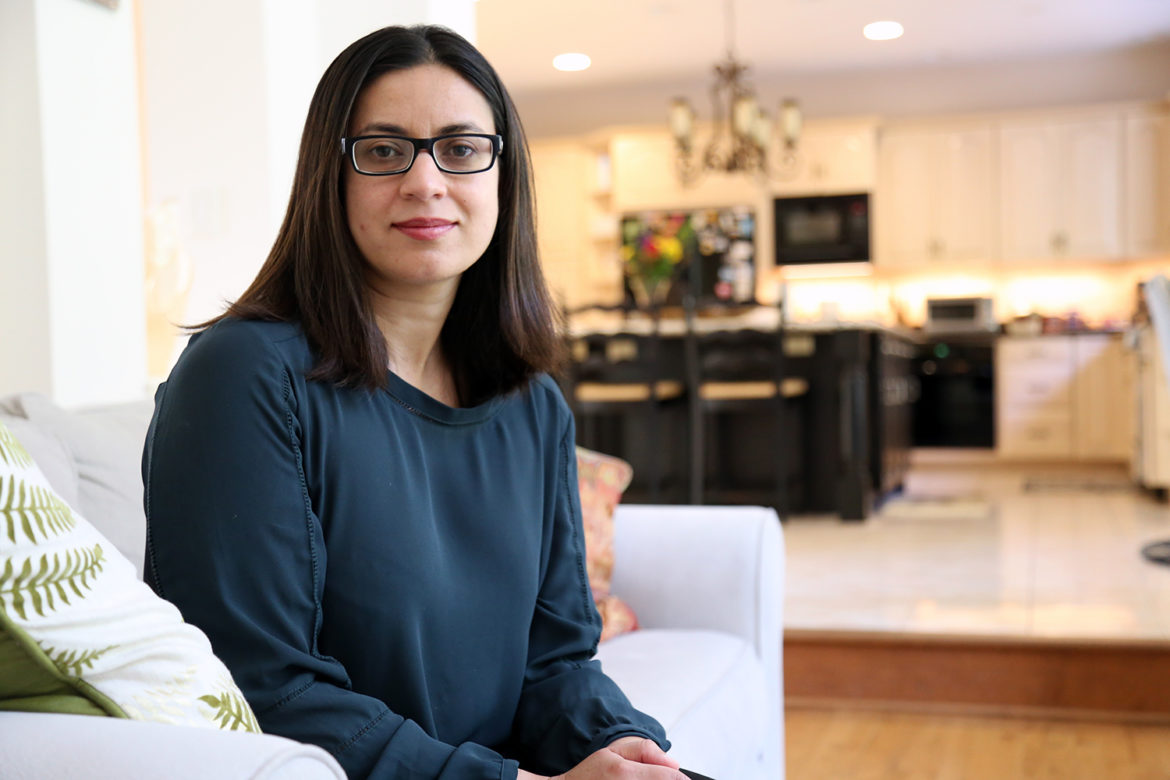 Like most Americans, I started following the U.S. presidential race in 2016 with much anticipation. But, for me, the experience would be starkly different.

I am Muslim. I am 36 and am a first-time voter. I immigrated to the United States from Pakistan in 2004 and became a citizen 10 years later.

I had high hopes for taking part in a presidential election. I was soon going to be part of the democratic process, which has held promise for generations of immigrants who decided to call the United States home. Undecided Republican or Democrat at that time, I followed the candidates with an open mind.

My identity as an immigrant-Muslim woman and mother was not going to determine my vote. But sadly, my vote was all but cast for me.

At first, it was hard to believe that the real estate mogul and reality TV host Donald Trump would be a candidate for the presidency of the United States. I rationalized that this is the beauty of America. While in my native Pakistan, political offices are monopolized by a chosen few; in the United States, anyone can aspire to the greatest office in country. However, as Trump took center stage on American politics, the hateful, divisive rhetoric reminded me of the election cycle back home. I was quite familiar with the emotionally charged claims of the politicians and all the good that would follow only if we elect them. The only difference was that this time, I myself belonged to “the axis of evil.”

Many of my identities are caught up in Trump’s barrage. As the crowds chanted “Make America Great Again” to his proposed ban on Muslims, building walls and severing ties with many of America’s trusted allies, my children and many others tried to make sense of the chaos around them.

My daughters, ages 6 and 10, started asking about moving to Canada or back to Pakistan in case Trump trumps. There were stories about elementary school students accusing their classmates of being terrorists or part of ISIS. Until now, our children, born and raised in the United States, had never found their religious identity as Muslims and secular one as Americans in conflict with one another. Times like these harden identities. The term “Muslim-American” became an important part of how my children came to see themselves. Until now, they had only been “Americans” who enjoyed their hamburgers and Sunday night football.

Xenophobia has taken off. With every town hall and debate, the Muslim community braced for another onslaught. Tension spiked in the city of Pittsburgh last November when a Muslim cab driver became a victim of a hate crime. Several of my girlfriends who cover their heads with “hijab” started carrying pepper spray for fear of assault. Many Muslim scholars advised women to consider alternative ways of covering their hair or not to cover at all. It was as if being identified as a Muslim became a matter of shame and a threat to one’s life.

It became necessary to talk to our children about core American values of “liberty and justice for all” and how they are complementary to our religious doctrine of “all are equal in the eyes of Allah,” Many mosques and advocacy groups increased their outreach activities, defending our faith for the crimes of others. Those who work with interfaith groups often describe Pittsburgh as “naïve but understanding,” while those of us who took to the media have been shocked by the hatred spewed against Muslims on different channels, including social media.

To counter this stream of Islamophobia, we spent beyond our budget on securing Muslim community centers and mosque premises. Our humble mosque in Gibsonia, Pa., has spent thousands of dollars on security updates in the wake of hate crimes against Muslims reported every day across the country. During the past two years, we had to occasionally conduct Sunday school classes and Friday prayers under police surveillance. Law enforcement in the Greater Pittsburgh Area has stood by the Muslim community during these trying times, but, ironically, additional security measures create an air of anxiety and insecurity. It serves as a constant reminder of the uncertain times in which we live.

As we go to polling stations on Nov. 8, 2016, let’s remember generations of immigrants, including the very first pilgrims, who made this country their home. This land has inspired people again and again to do their best and aspire to the highest. That group now includes my daughter who dreams of one day becoming the president of the United States of America. Sometimes she asks me if that is possible. Now more than ever, I do not know how to answer her.

Saima Sitwat is the president-elect of the Muslim Association of Greater Pittsburgh.