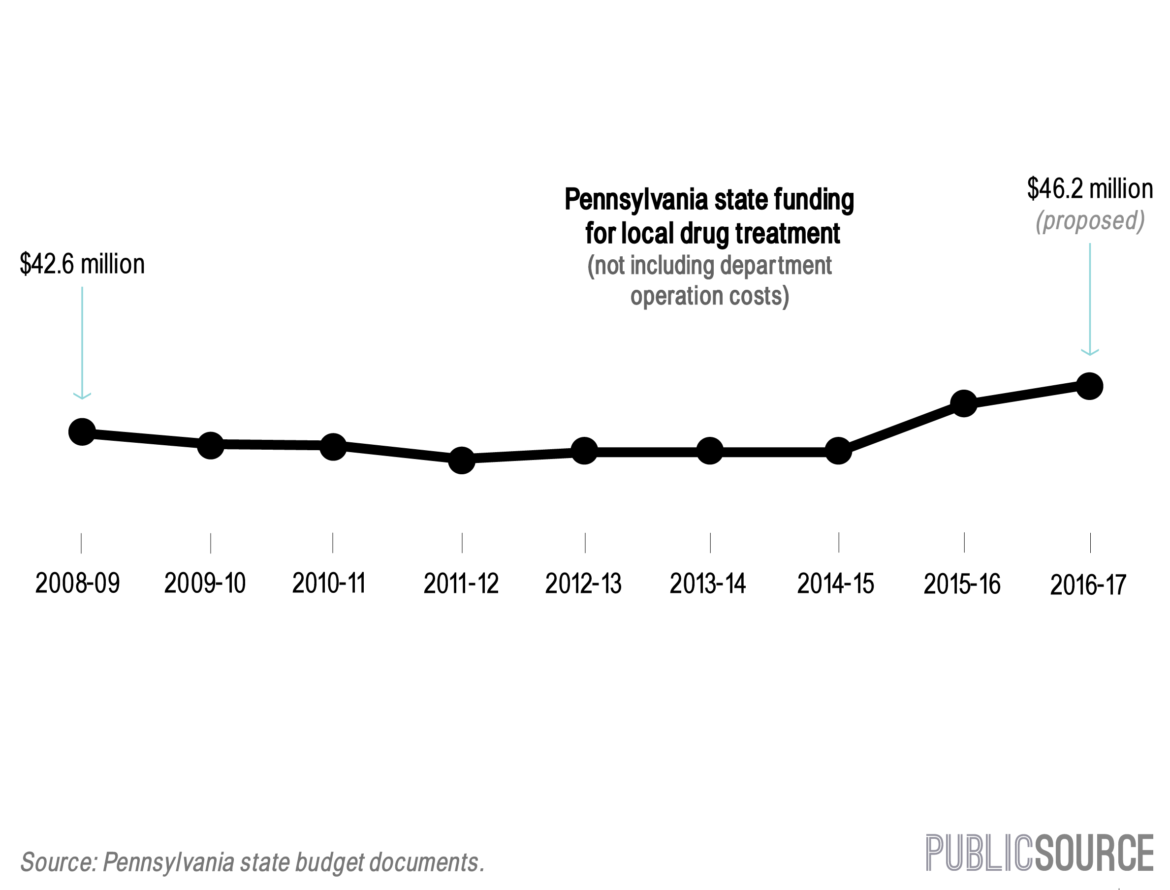 In Pennsylvania, the office that screens mail for officials in Harrisburg gets more money than the whole operating budget for the agency fighting the heroin crisis.

More goes to tourism marketing. And to capital printing and expenses.

In fact, as overdoses swelled, state lawmakers in 2010 voted to create a new Department of Drug and Alcohol Programs [DDAP], elevating it from a humble bureau, and then made it the department with the smallest operations budget in the commonwealth, according to state financial documents.

They also failed to fully restore funding to local drug treatment, which has been cut in several recent budgets. That means fewer resources amid a worsening crisis and shortages of detox beds and slots for long-term drug treatment.

“We’re in an absolute emergency,” said Deb Beck, president of the Drug and Alcohol Service Providers Organization of Pennsylvania, an advocacy group for treatment providers.

Gary Tennis, secretary of DDAP, said funds dropped at both the state and federal level as we descended into the worst overdose epidemic “in the history of humanity.”

His department remains understaffed, as PublicSource documented more than a year ago. Its current funding of $1.87 million is an increase, but it remains low compared to roughly $30 billion in other general fund spending. The state estimates that the collateral costs of drug addiction costs taxpayers $5.3 billion each year, including costs to law enforcement, education, health care and human services.

Below is our illustration of the expensive and deadly crisis and the state’s stagnant response.