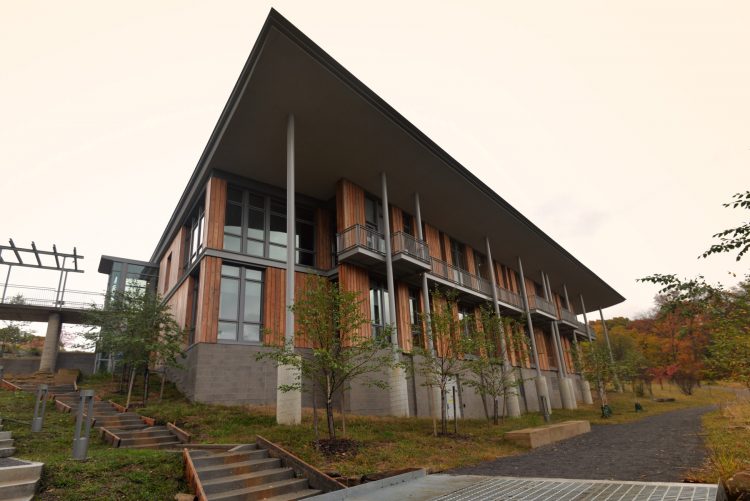 Green Building Alliance (GBA) was the first organization in the country to focus on green building, starting 28 years ago. Today, they are considered the vanguard of a movement that has taken off worldwide.

Now, GBA has announced they are collaborating with the United Nations Economic Commission for Europe (UNECE) on a $24 million project to improve the energy efficiency and carbon footprint of the global building supply chain. The mission is to help create healthier, more sustainable buildings.

The International Climate Initiative (IKI) award further positions GBA not just as an anchor of Pittsburgh’s green economy, but as a recognized force for change in the world.

“Given its size and its history both as a coal mining and steelmaking center and as an example of urban rebirth, Pittsburgh has a lot to offer the cities of the world in terms of its experience and know-how,” says Scott Foster, director of sustainable energy at UNECE, about this innovative work. 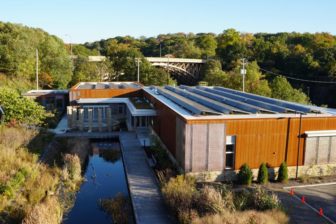 “Funding high-performance buildings and retrofitting existing buildings can rapidly reinvigorate local economies, supporting or creating quality jobs through the entire building supply chain while delivering on long-term quality of life for everyone,” he adds.

One reason for Pittsburgh’s (and GBA’s) rising international profile is the fact that Pittsburgh has the largest 2030 District in the world. This initiative includes more than 550 buildings committed to reducing energy, water and transportation emissions by 2030. That includes more than 86 million square feet of buildings — and the District keeps surpassing its own goals.

“Over the years, Pittsburgh and the region has really established itself in … leadership in this space of green building and sustainability,” says Jenna Cramer, GBA’s executive director.

“We had some of the first LEED -certified (Leadership in Energy and Environmental Design) projects; we had three of the first 13 in the country,” says Cramer. “Now we have almost 350 LEED-certified projects. We have other projects like Energy Star certification. Every time a new framework would come out like Living Buildings or Passive House, our region was always one of the first to adopt it and create models and case studies of how to make it happen, and share that with everyone else.”

GBA is also known for providing technical expertise, education and training for those looking to make their buildings healthier, more sustainable and energy-efficient.

The IKI award will allow GBA to build upon several areas in which they have expertise. It will also create some jobs locally. It’s been a strong week for green jobs in Pittsburgh, with Nexii’s announcement of a building products factory here, a deal that came together with the help of actor and famous Pittsburgher Michael Keaton.

‘We will be able to add staff so that we have additional capacity to support this effort,” says Cramer. “Some of the areas of our focus in this collaboration are focusing on best practices for product manufacturing operations — so trying to help those operations become more efficient.”

GBA also has a special performance data software, “that we would use to help think through how you establish baselines and performance, with regards to energy use and water use and indoor air quality,” explains Cramer.

The IKI is a project of the German Federal Ministry for the Environment, Nature Conservation and Nuclear Safety. The project starts in May and other partners include UN Environment, UN Development Programme offices in select countries, UN Economic and Social Commission for Asia and the Pacific, Passive House Institute in Germany and the Technical University of Denmark.

GBA is the only partner in the U.S.

In 2019, the UNECE and GBA first collaborated on the International Centre of Excellence on High-Performance Buildings. It’s a public-private partnership “that uniquely positions organizations, researchers, companies and governments to collectively problem-solve for our region’s future while also connecting on a global platform to share best practices and advance solutions,” says Cramer.

The Centre of Excellence and the IKI grants are expected to spur more and more ambitious targets.

For instance, “by the time it’s 2030, new construction that is happening is (going to be) carbon neutral,” says Cramer. “It is a goal … so they would be net-zero energy buildings.”