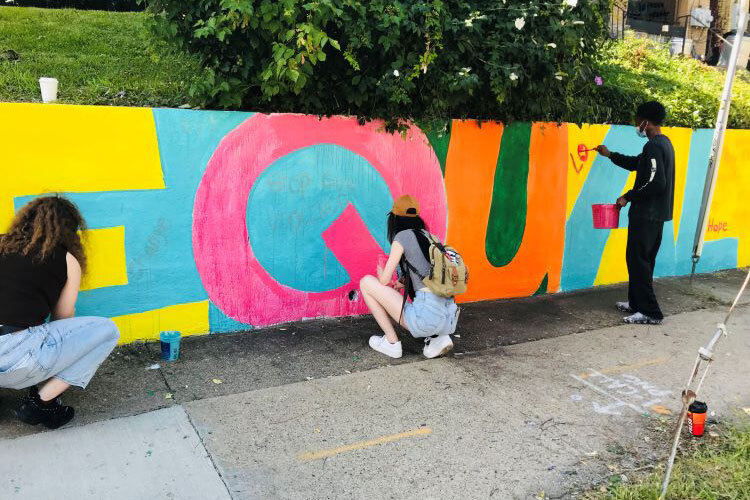 When Kyle Holbrook paints a mural, he wants to do more than beautify a neighborhood; he wants to make people think.

Spurred by his own experiences with police brutality and the Black Lives Matter movement, the Homewood resident and executive artist of the Moving the Lives of Kids Community Mural Project is mobilizing other like-minded artists, college students and community members to design and create a series of art walls promoting unity and social justice.

Over the next month, 10 Pittsburgh Solidarity for Change murals will go up throughout the city, including works in Oakland, Uptown, the Hill District, the Strip District and Sharpsburg. The public is invited to lend a hand by visiting the website or sending an email to the organizers. 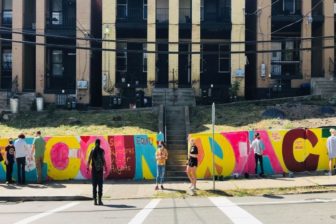 On Sept. 26, the first community painting party was held at the corner of South Bouquet and Joncaire streets in Oakland. Throughout the day, people grabbed brushes, and while maintaining social distancing guidelines, added splashes of color, messages of hope and names of loved ones lost to gun violence to a retaining wall owned by the Oakland Planning and Development Corporation.

“It’s important to create solutions,” says Dyer, of the Hill District, who wants to help ex-offenders find jobs when she graduates. 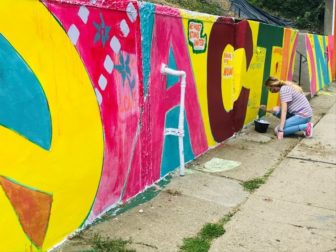 Joseph Roberts, a criminology and psychology professor at Carlow, says his pupils are researching pertinent issues, such as systemic racism and gun violence, to create content for QR codes that will be included in each mural. Using a smartphone, passersby can scan the codes and read the information.

“We were thinking of ways or ideas or imagery that combats racism, police brutality and bigotry,” participating artist Max Gonzales says. “It’s a real-time response to the current state of our country.”