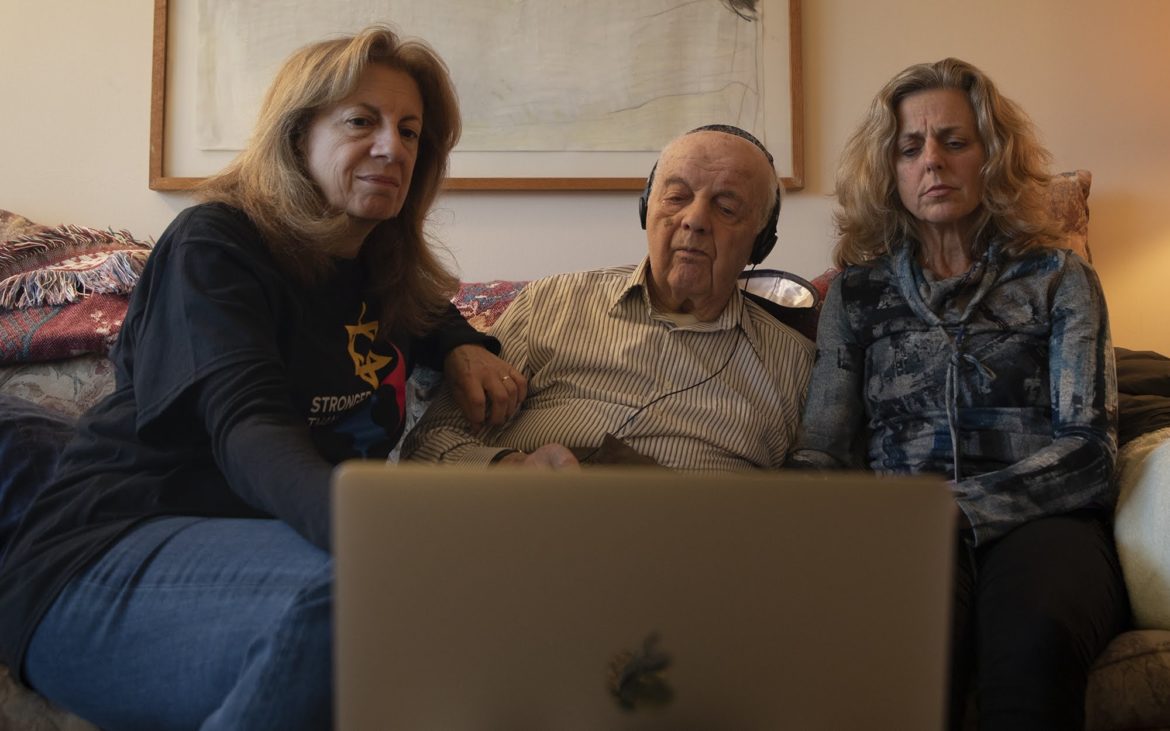 (From left to right) Avi Baran Munro, 61, her father, Moshe Baran, 97, and family friend, Adrienne Wehr, 57, sit in Moshe’s living room to video-conference with younger family members about the shooting at the Tree of Life synangogue. (Photo by Kat Procyk/PublicSource)

Avi Baran Munro has lived nearly half her life in Squirrel Hill. Along with her husband, Paul, she’s raised four children there, just blocks away from the Tree of Life synagogue. Her parents, Holocaust survivors, followed the family to Pittsburgh to stay close.

The Oct. 27 massacre at the synagogue was a blow to the entire family.

For the Munro children — Yossi, Boaz, Isaac and Eliana, now adults —the shooting shook their foundation. “My own childhood memories...assaulted,” said Yossi, 34. He remembers having his bar mitzvah at Tree of Life. “Those memories aren’t the same anymore.”

Boaz, 31, said it was surreal to see the typical news coverage of a mass shooting with recognizable people and places. “Every building, every house, every background of every picture and, in many cases, even the people you see crying and embracing in the images are the people we grew up with and the places we grew up with.”

The Munro family is already intimately familiar with the effects of anti-Semitic violence. Their grandparents, Moshe and Malka Baran, emigrated to America after surviving the Holocaust.

When Avi, 61, first learned of the shooting, as “a first-generation child of [Holocaust] survivors,” she said, “I was scared and worried, but I was not surprised."

Having Moshe and Malka as parents has influenced how Avi responds to attacks, from the one that happened at Tree of Life to the 9/11 terror attacks. After 9/11, she said, “I had a vision of us being rounded up the next day on the corner... that all of Pittsburgh’s Squirrel Hill Jews would be rounded up just like I saw and heard happened to our families…

“That’s kind of like a collective memory in a way. It’s not happened to me, but it’s in my recent history, my parents’ lifetime. So you don’t go around assuming that can’t happen, you go around thinking, ‘When will it happen?’"

Avi, who serves as head of school at Community Day School in Squirrel Hill, said that even now, “I’m constantly thinking, 'When is it the right time to move out of the country?' Because you hear so many stories of people who didn’t leave [Europe] in time.”

Though another generation removed, 28-year-old Isaac echoed his mother’s sentiment.

“As the grandchild of Holocaust survivors, I was always aware of the dangers and realities of anti-Semitism. They taught me that the Holocaust began and was enabled by a mixture of hatred and, complicity, that made way for violence and massacre. Even before the shooting in Squirrel Hill, I have been feeling the closeness of their warning more than ever as our leaders fan conspiratorial flames in the name of xenophobic nationalism.”

Moshe, 97, said that, prior to now, he has not personally encountered anti-Semitism in the United States. 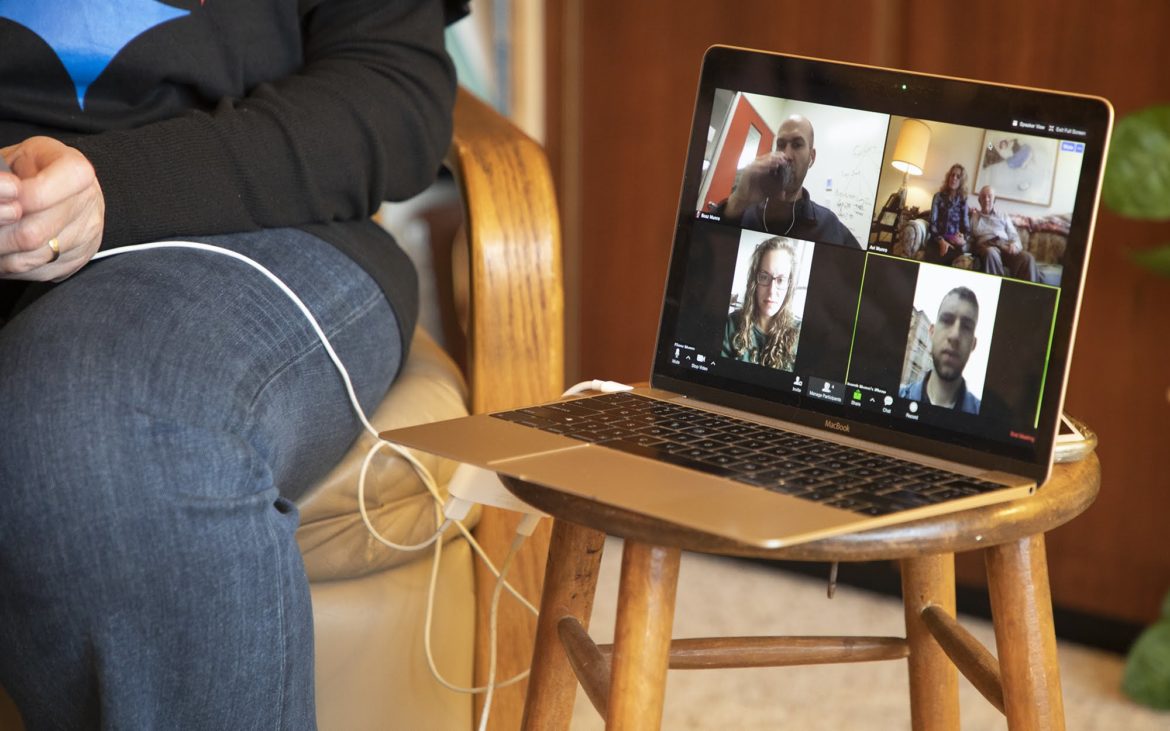 Eliana, 25, takes comfort in Pittsburgh’s response to the shooting. “The community is so in touch with each other and very forward in letting everybody know that we’re all kind of on the same page as each other and here for each other and that this isn’t something that we’re going to get over easily...”

The outpouring of love directed at Pittsburgh’s Jewish community makes Avi wonder, "Are we showing up this way when tragedies happen in the communities around us?”

“I think that’s a job we have to do better at, showing up for our neighbors the way they showed up for us. For Jews, it’s a cultural trope... we have rituals for going through the days and ceremonial things and prayers, and it’s very comforting to know there’s something to do... I don’t know how that works with other cultures, but I’m sure we could use that framework to rise better for our neighbors.”

Moshe survived the Holocaust by escaping to the woods of present-day Poland where he fought in the Resistance. Since coming to America, Moshe has been fighting hatred in part by speaking publicly about his experience, especially to groups of students. “I’ve found that some of the children never met a Jew,” he said. “They never heard about us.”

Moshe’s wife, Malka, passed away in 2007. He said she campaigned against the casual use of the word ‘hate,’ believing that integrating the word into everyday life trivializes the destructive power of hate.

“My wife, she came out of the Holocaust, she was 18 months in a concentration camp, but if you asked her after that, ‘What is her message?’ It is not to use the word hate…” he said. "Blind hatred leads to tragedies of this nature.”