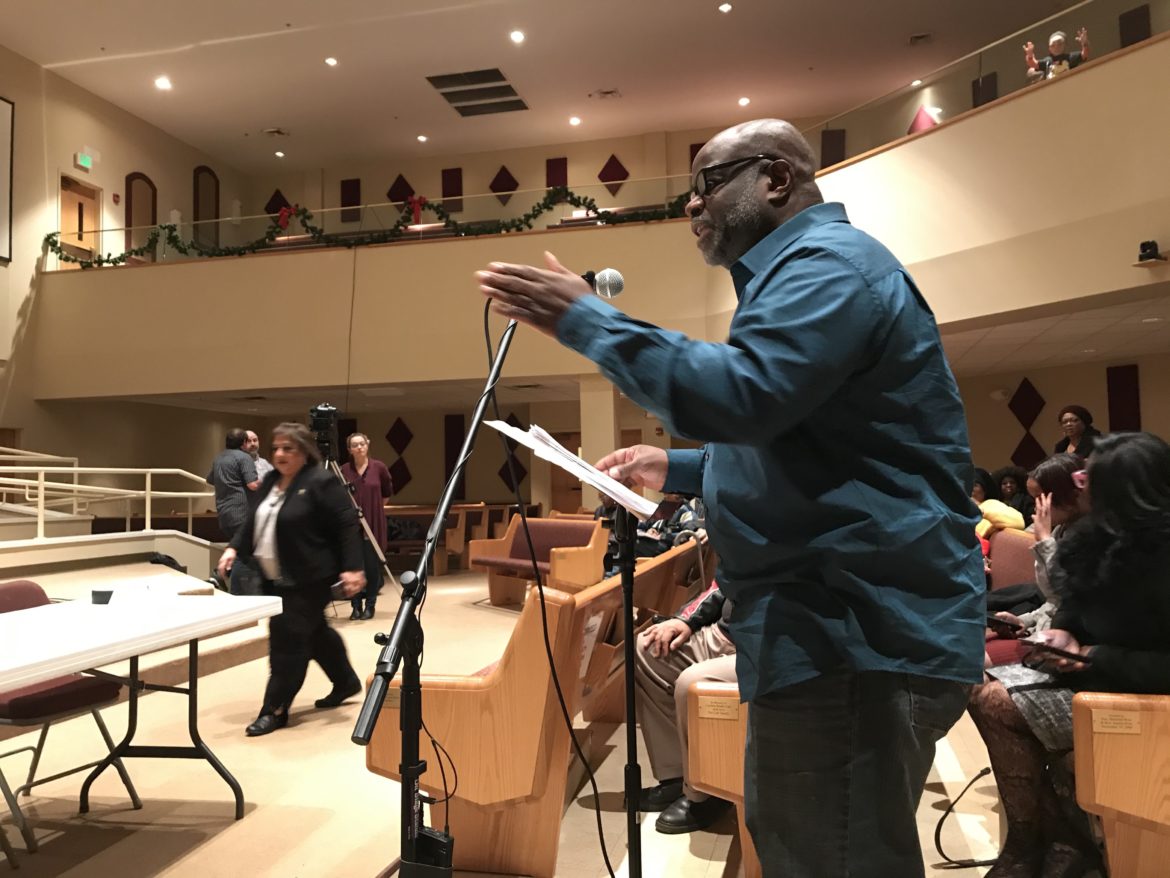 Mark Brentley Sr., a former Pittsburgh School board member, speaks at a public hearing on racism, taking issue with white council members who showed up late for the meeting. (Photo by Nicole C. Brambila/PublicSource)

Some came angry. Others hurt, their eyes brimming with tears, their voices wavering with emotion.

More than 100 Black men and women turned out Thursday night at Ebenezer Baptist Church to share their experiences with discrimination for the public hearing on Pittsburgh City Council’s “All-In Cities” initiative. Spearheaded by council members Ricky Burgess and R. Daniel Lavelle, the initiative was created to address systemic, institutional racism in Pittsburgh.

“Racism is a public health crisis because it risks the health and well-being of all citizens and causes destruction at a social and economic level,” Burgess told the crowd.

Racism, he said, is not just a racial slur: It’s poor schooling in communities of color. It’s the racial wealth gap. It’s housing discrimination. And mass incarceration, and the police killings of unarmed Black and Latino people.

But attendees, who were given three minutes to speak as is customary at council meetings, were offended by the constraints.

Mark Brentley Sr., a former Pittsburgh School board member who served for 16 years, took issue with the hearing’s process.

“The African-American community is hurting,” Brentley said. “And when we come here, to not be able to share our comments and to be limited to three minutes is insulting.

The church sanctuary erupted in applause, and it would do so again and again throughout the evening.

Brentley added, “Is this just another dog and pony show?” 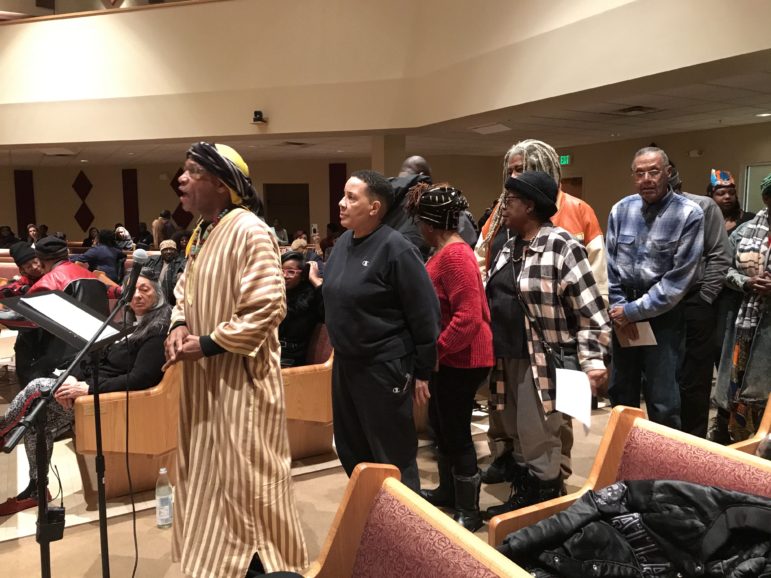 More than 100 people attend a public hearing on racism, sharing their experiences with discrimination in Pittsburgh with city council members. (Photo by Nicole C. Brambila/PublicSource)

Others expressed similar doubts with the initiative. But the stories kept unfolding before the four council members who attended: Burgess, Lavelle, Corey O’Connor and Theresa Kail-Smith. Like the woman who said she was arrested, even though sheriff’s deputies had been seeking her daughter for missing a court date. At the time, her daughter was in the hospital being treated for a mental health issue, she said.

Or the woman who said she went to a UPMC hospital to be treated for hives, but then had an allergic reaction to the medication the doctor administered.

“I was told I didn’t know what I was allergic to,” Kimberly Peterson told council members.

Or the woman who shared that her 12-year-old neighbor told her two weeks ago that she had thought about suicide. Not because of schoolhouse bullying, but because of the racial inequities in her North Side school.

The racial justice legislation will build on earlier legislation that will require department heads next year to report on their efforts and policies to increase workplace diversity, among other things. Council is expected to vote on the legislation at its regular meeting next week.

The legislation to be considered next week seeks to recognize racism as a public health crisis, to create a leadership forum to oversee the initiative and to pay for it with an investment fund, funded by foundations and donations.

The council’s All-In Cities initiative follows a September gender equality report, authored by researchers at the University of Pittsburgh and released by the City of Pittsburgh Gender Equity Commission. The report’s authors found major gaps in health, income, employment and education between people of color and their white counterparts in Pittsburgh.

After the meeting, O’Connor said he was personally struck by the number of complaints people shared about their treatment at UPMC.

“It’s shocking,” O’Connor said. “We need to hold ourselves accountable as elected officials, but also institutions as well need to be held accountable.”

Susan Manko, a UPMC spokeswoman, could not be immediately reached for comment.